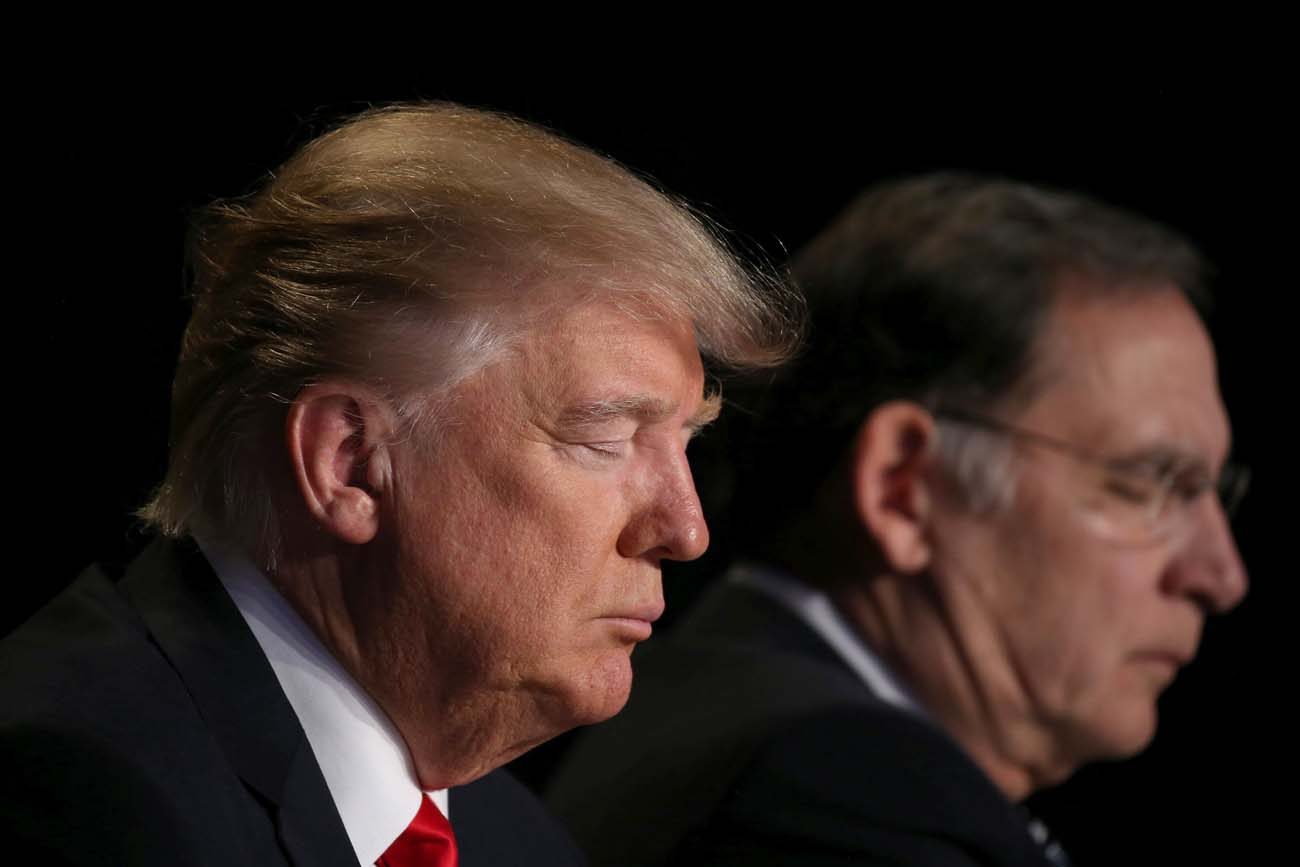 WASHINGTON (CNS) – “Spiritual success” is a more accurate measure for the United States than wealth, according to likely billionaire President Donald Trump in remarks Feb. 2 at the National Prayer Breakfast in Washington.

Compared to people who have money but no happiness, the people who have no money but happiness “are the successful people, let me tell you,” Trump said at the 65th annual breakfast, attended by 3,000 politicians, religious leaders and dignitaries, including King Abdullah of Jordan.

Trump spoke about having gone to Dover Air Force Base in Delaware the previous day for the return of the remains of William “Ryan” Owens, a Navy SEAL killed in a firefight with al-Qaida in Yemen. “Greater love has no man than that a man lay down his life for his friends,” the president said. “We will never forget the men and women who wear the uniform, believe me.”

Freedom is not “a gift of government” but “a gift of God,” Trump added. “It was the great Thomas Jefferson who said that the God who gave us life gave us liberty.” But the nation’s 45th president questioned whether “the liberties of the nation will be secure if we remove the conviction that these liberties are the gift of God.”

“That is why I will get rid of and totally destroy the Johnson Amendment, and allow our religious representatives to speak freely without fear and without retribution,” Trump said. The amendment, attached by then-Sen. Lyndon Johnson to a 1954 bill, bans federally recognized nonprofits from making political endorsements. “Freedom of religion is a sacred right, but it is a right under threat all round us,” said the president.

“Our nation has the most generous immigration system in the world. But there are those who would exploit that generosity,” he said.

He lauded the keynote address given by the Rev. Barry Black, a Seventh-day Adventist who is chaplain of the Senate. The speech was so good, he told Rev. Black, “I’m going to appoint you for another year, the hell with it.” Chaplains are appointed by their respective house of Congress.

Trump also talked about how he “had to leave” his job hosting “The Celebrity Apprentice” after he announced his presidential bid. “They hired a big, big movie star, Arnold Schwarzenegger to take my place, and we know how that turned out: The ratings went right down the tubes, it was a disaster. Pray for Arnold, if we can, for those ratings.”

NEXT: Faith leaders urge communities to show care for their neighbor