‘Kong: Skull Island’ is impressive monster movie with a message 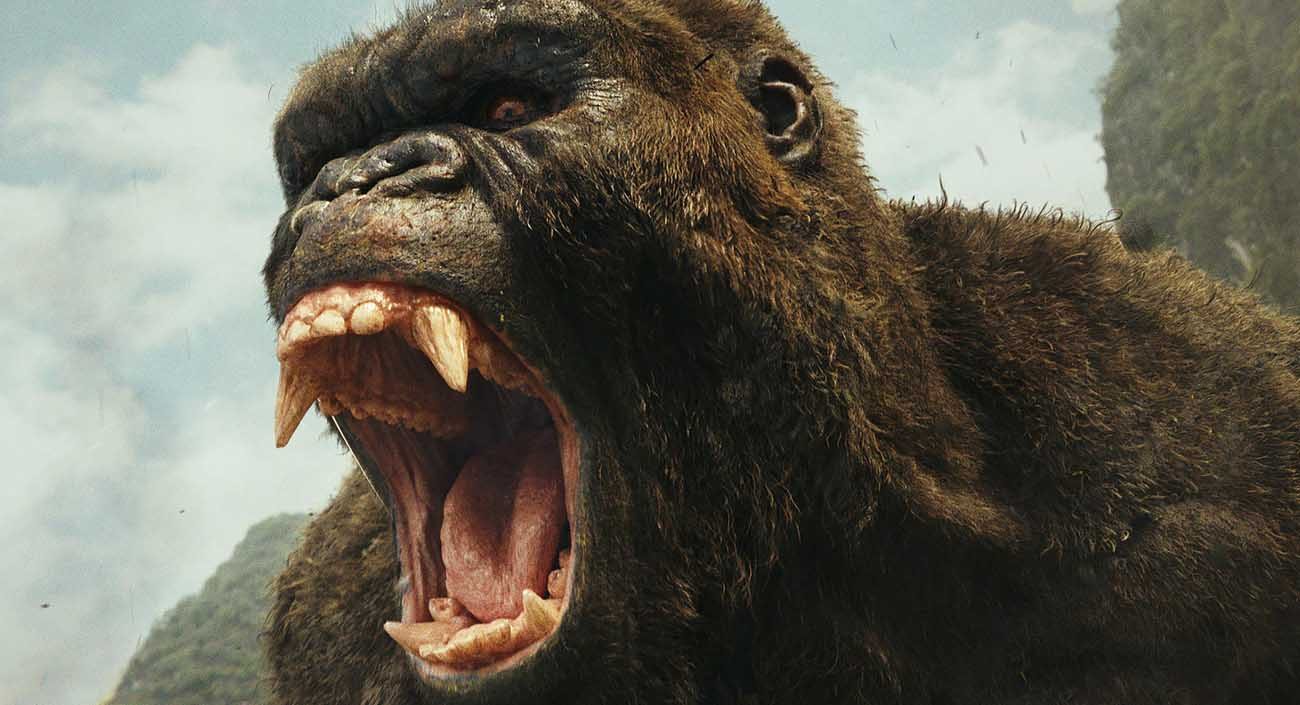 This is a scene from the movie "Kong: Skull Island." (CNS photo/Warner Bros.)

NEW YORK (CNS) — With a thematic agenda that takes it beyond the usual confines of its genre, and a story driven forward by sustained, nervous dread — an emotion skillfully conveyed from the characters to the audience — “Kong: Skull Island” (Warner Bros.) is an impressive monster movie.

The multiple dangers the cast confront lead to some unsettling mayhem and a few grisly deaths, however, marking this as a film strictly for grownups.

Set in 1973, director Jordan Vogt-Roberts’ action adventure uses the waning days of the Vietnam War as a backdrop — and as a cue for its exploration of the destructive human aggressiveness that gives rise to armed conflict.

The movie’s embodiment of such belligerence is hard-bitten Army Lt. Col. Preston Packard (Samuel L. Jackson). Together with his civilian counterpart, fringe researcher Bill Randa (John Goodman), Packard leads an ensemble of scientists and soldiers on a government sponsored expedition to the location of the title, a previously uncharted island perpetually surrounded, on all sides, by a turbulent weather pattern.

There, Packard, Randa and their followers — most prominently British special forces veteran James Conrad (Tom Hiddleston), who has been hired to serve as the group’s guide, and self-described anti-war photographer Mason Weaver (Brie Larson) who has decided this is her next big story — encounter an updated version of King Kong.

Scattered by the helicopter swatting rampage with which the outsized ape greets their unwelcome intrusion (supposedly to further “seismic research,” they’ve announced their arrival by bombarding the terrain with powerful explosives), the travelers are split into two contingents. One of these crosses paths with eccentric World War II-era Air Force officer Hank Marlow (John C. Reilly).

Forced to bail out over the isle way back in 1944, Marlow has been stranded there ever since. To their considerable surprise, he informs his newfound acquaintances that, while Kong may be the monarch of this hidden realm, he is far from the most lethal threat they’ll have to face there.

The stage is set for a clash between Packard, who’s out to avenge his fallen troops by exterminating Kong, and those accompanying Marlow who only want to avoid trouble and reach a prearranged rendezvous point where they hope to be rescued.

On the lighter side, the dialogue is kept sprightly by a consciously campy, self-mocking tone, especially in early scenes where exposition is needful. And at least some of the mature viewers for whom “Kong” is suitably will be old enough to get a kick out of such period details as rotary phones and wide, loud neckties.

The film contains stylized but grim combat and other violence with little gore, a few gruesome images, a couple of uses of profanity, at least one rough term and occasional crude and crass language. The Catholic News Service classification is A-III — adults. The Motion Picture Association of America rating is PG-13 — parents strongly cautioned. Some material may be inappropriate for children under 13.

PREVIOUS: Discernment needed when viewing ‘When We Rise’ miniseries

NEXT: On the journey of spiritual renewal, this book smooths a path