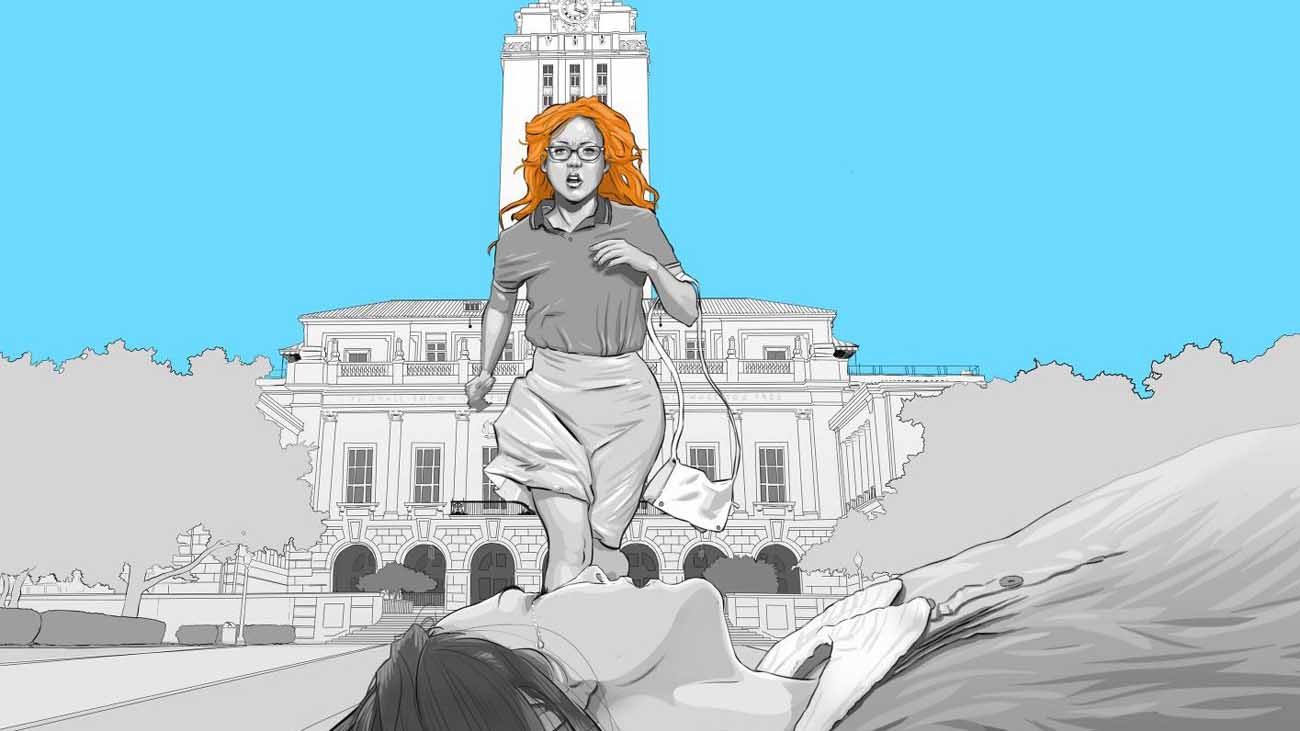 NEW YORK (CNS) — “Give it to me straight.” After watching filmmaker Keith Maitland’s ambitious, well-intentioned yet significantly flawed documentary “Tower,” viewers will wish Maitland had allowed this truth-seeking adage to shape his storytelling.

“Tower” recounts the harrowing events of Aug. 1, 1966, the day former Marine and expert marksman Charles Whitman climbed to the top of the University of Texas Tower in Austin and started shooting the innocent passersby below.

By the time police officers killed him, 96 minutes later, Whitman had murdered 14 people, and injured more than 30 others. Whitman’s rampage is now regarded as the first mass shooting in U.S. history.

Considerable gun violence is integral to the story, so this is obviously unsuitable fare for young children. But, one vulgar gesture aside, the film doesn’t otherwise offend. Thus — especially given its critical relevance to contemporary debates about the proper balance between gun rights and public safety — “Tower” can be endorsed for mature teens as well as adults.

Maitland employs rotoscoping, a technology that allows animators to trace over existing film footage, to reenact what happened that day. He also draws on the varied perspectives of survivors, reporters and the policemen who ended the siege.

Director of animation Craig Staggs and animation producer Steph Swope’s work suggests to viewers that they’re watching a graphic novel come to life. The technology impresses on one level. But it also distances the audience, for better or worse, from the real horror of what they’re witnessing.

Sparing viewers in this way can be seen as an exercise in good taste. But it certainly lessens the film’s impact. It also diminishes our sympathy for the victims and our admiration for the people who came to their aid — most especially the courageous officers who brought the shooting to a halt.

People tend either to love or hate computer animation. Those who embrace this technology are, of course, far more likely to appreciate Maitland’s approach in “Tower.”

Nonetheless, the fact that interviews with actual survivors are deferred until more than halfway through the film makes the preceding re-creation feel like a barrier between them and the audience, an embellishment that blocks these vital voices from taking priority.

If Maitland had shown more trust in the powerful story he has to tell, “Tower” would have been a more fitting tribute to those caught up in the Whitman shooting. And Maitland would have been truer to his own guiding vision: to describe the events of that day from the ground up.

Maitland is correct when he argues that previous accounts have tended to focus excessively on Whitman’s motivations while diminishing survivors’ unspeakable trauma, loss and grief. But Maitland over-corrects this imbalance.

Pregnant when Whitman shot her, killing her baby, Claire Wilson James reminds us that, when Whitman was 3, he was photographed holding two rifles. This is the extent of the film’s analysis of what may have driven Whitman to his desperate act.

We don’t learn that Whitman was a raised by a violently abusive father and a devout Catholic mother, that he was an altar boy and an Eagle Scout, or that he was bitter about the circumstances of his discharge from the Marines.

At the time of the shooting, moreover, Whitman was abusing amphetamines, and was plagued by tremendous headaches that may have been caused by a brain tumor discovered during an autopsy of Whitman’s body. The fact that the first victims of his violent spree were his mom and his wife is also ignored.

By passing over these aspects of the perpetrator’s biography, “Tower” presents an analysis of the 50-year-old tragedy that lacks context. Nonetheless, the documentary does contain some powerful testimony.

James, for instance, says this of the three-year-old Whitman: “I love that age, so much promise and hope. … How can I not forgive him? I’ve been forgiven so much.”

As Maitland connects Whitman’s crime to more recent mass killings, we hear Walter Cronkite’s searing — and still resonant — commentary from the “CBS Evening News” the night of the Whitman shooting. Cronkite talks about a civilization “pandering to violence.”

Perhaps with the escalation of the Vietnam War in mind, Cronkite also identifies a “disrespect for life, fostered in part by governments, which, in the pursuit of the doctrine of self-defense, teach their youth to kill.”

PREVIOUS: ‘Logan’: A gory, gutsy film, in the worst sense

NEXT: Discernment needed when viewing ‘When We Rise’ miniseries