With new Nintendo game system, you may rather wait than switch 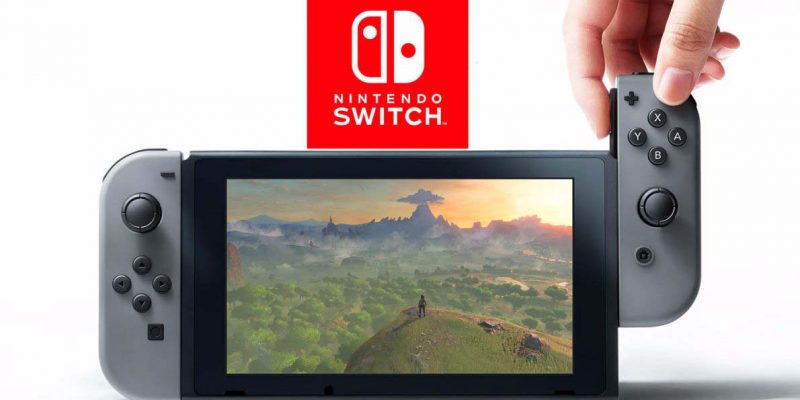 This is an image of the new Nintendo Switch gaming system. (CNS photo/Nintendo)

NEW YORK (CNS) — The hype about the new Nintendo Switch gaming system has been building for months, and the company marketing it is the most family-friendly in the industry.

Yet adult players and the parents of younger gamers alike may want to hold off on buying this vaunted product.

The Switch, which was released March 3, can, of course, be played at home. But, thanks to a unique design that allows the touchscreen to be removed from its docking bay, it can also be used as a portable. It’s available, if you can find it — it’s sold out almost everywhere — for $300.

Some points to consider before making that investment: The actual cost of the Switch can easily exceed its stated price. Extras add up quickly, and many consumers will consider at least some of these essential.

The Switch, for example, comes with only 32 GB of storage space. That might be sufficient if you buy games in cartridge form, since they can be played from a disc and not fully installed onto the system’s hard drive. However, if you’re downloading games you’ll need more space. Depending on the size of storage, SD cards can cost from $20 to $150.

There’s more. A fancy Pro Controller for longer gaming sessions costs $75. The most popular title launching with the Switch, “The Legend of Zelda: Breath of the Wild,” will set you back a further $60.

There have also been technical complaints about the Switch since its launch. Some users have found that the screen unit scratches when dropped into its loading dock. Others have noticed problems with the left-hand Joy-Con controller.

Another question concerns the number of Switch-compatible games Nintendo will offer. In 2012 the company launched the Wii U, which saw poor sales and was ultimately discontinued. The main objection was that there simply were not enough titles to support it. There is speculation that the Switch will have a similar problem.

If so, the deficiency may be aggravated by Nintendo’s lack of “third party support,” that is, games manufactured by other companies but compatible with a given console. To take a famous example, “Call of Duty” is not made by Sony or Microsoft, yet it is playable both on the Sony PlayStation and Microsoft’s Xbox systems. Since the 2008 launch of the Wii, however, Nintendo consoles have existed, almost exclusively, to play the company’s own titles.

Following is a list of Switch games available at launch. Unless otherwise indicated, the Entertainment Software Rating Board rating for each is E 10+ – Everyone 10+. Content is generally suitable for ages 10 and up. May contain more cartoon, fantasy or mild violence, mild language and/or minimal suggestive themes:

“1-2-Switch,” “The Legend of Zelda: Breath of the Wild,” “Skylanders Imaginators,” “Just Dance 2017,” “Super Bomberman R,” “I Am Setsuna,” “Human Resource Machine,” “World of Goo” (rated E – Everyone. Content is generally suitable for all ages. May contain minimal cartoon, fantasy or mild violence and/or infrequent use of mild language), and “Little Inferno” (rated T – Teen. Content is generally suitable for ages 13 and up. May contain violence, suggestive themes, crude humor, minimal blood, simulated gambling and/or infrequent use of strong language).

Aside from “Zelda,” there aren’t too many blockbusters among those titles. So waiting a couple of months to see if Nintendo can work out the kinks on Switch — and what kind of games may be coming down the line — may turn out to be a prudent decision.

PREVIOUS: On the journey of spiritual renewal, this book smooths a path