Author maintains that Muslims have influenced America for centuries 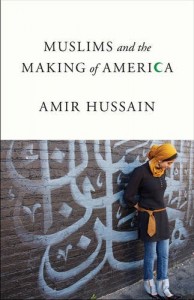 WASHINGTON (CNS) — Amir Hussain wants Americans to know that Muslims have always been a part of the history of the United States, starting long before the country gained its independence from Great Britain.

“There’s never been an America without Muslims,” said Hussain, quoting from the first line of his book “Muslims and the Making of America” during a program at the National Press Club March 14.

At least 10 percent of the slaves kidnapped in West Africa and brought to the U.S. beginning in the 17th century were Muslim, explained Hussain, professor of theological studies at Loyola Marymount University in Los Angeles.

“Muslims have been a part of the history of this country since before this country was this country,” Hussain told the audience. Born in Pakistan, he emigrated with his parents to go to Canada and he later became a U.S. citizen.

As an example, Hussain’s book briefly recounts the story of a Muslim, Estevanico the Moor, in what now is Florida in 1528 as a slave who accompanied a Spanish conquistador, Panfilo de Narvaez. In his presentation, Hussain cited literature published in London in 1734 referencing Muslims in colonial America. However, it was not until the late 19th and early 20th century when Muslims who were not slaves began arriving from the Ottoman Empire.

While the numbers of Muslims in the U.S. in the 18th century were small, by 2015 the U.S. Muslim population was estimated at about 3.3 million — about 1 percent of the total population — in a January 2016 Pew Research Center report.

Hussain focused much of his talk on two Muslims with large influences on American culture, one Turkish born and another American born: Ahmet Ertegun and Muhammad Ali.

Ertegun arrived in Washington in 1935 as a 12-year-old with his family, including his father, Munir, Turkey’s second ambassador to the U.S. Exploring the city as a youngster, Ertegun discovered African-American culture and later teamed with Herb Abramson to found Atlantic Records for gospel, jazz, and rhythm and blues music. Founded in 1947, the label signed performers such as Ray Charles, Aretha Franklin, the Drifters and many others whose work has influenced Americans’ musical tastes.

“I don’t believe we can understand the history of America without music,” Hussain said.

Ali, the famed professional boxer who died June 3, challenged America’s thinking about the Vietnam War when he refused induction into the U.S. Army, Hussain said. Born Cassius Clay, he had won a gold medal in the 1960 Olympics and changed his named after becoming a Muslim in 1964.

The move was not popular, Hussain recalled, but Ali went on to become “the greatest” boxer of the era and the most famous Muslim in the world.

Ali’s fame allowed him to openly proselytize for Islam, Hussain said, citing how he would hand out informational brochures on the religion with his signature on it to fans. “And you kept it. You didn’t just read it because you had his signature,” Hussain said.

The program, sponsored by Baylor University Press and the Religious Freedom Project of the Berkley Center for Religion, Peace and World Affairs at Georgetown University, also examined the long-standing U.S. tradition of religious freedom and how immigrants of different faiths view the First Amendment promise of the free practice of religion.

The First Amendment assures America’s commitment to equal rights for people of all faiths, explained Melissa Rogers, who is a senior fellow at the Brookings Institution and who left her position as executive director of the White House Office of Faith-based and Neighborhood Partnerships in January.

Rogers also said that as a result, people of faith understand that their beliefs are not to be practiced in private, but in the public square as well. The wearing of religious garb and other religious practices often intersect with everyday life and all such faith expressions are protected by the U.S. Constitution, she said.

Inherent support for religious freedom is among the factors that attracts immigrants to the U.S., said Rebecca Samuel Shah, senior research professor at the Institute for Studies of Religion at Baylor University.

Shah, who lived for several years in Great Britain, contrasted U.S. understanding of religious freedom with Europe’s preference for national identity and symbolism that, she said, often tries to exclude the traditions of newcomers and immigrants.

“For that reason, it is very hard for religious minorities … to feel fully at home in Europe,” said Shah, who is Catholic.

In the U.S., the feeling is different, Shah noted, pointing to the First Amendment and its roots in Virginia law guaranteeing religious freedom as an important right for all people in America, whether citizens or not.

“Muslims in America don’t have to deny who they are,” Shah said. “They can feel at home in America. For many American Muslims, including many in my family, the founding principles are incredibly consonant with the core principles of Islam, principles of equality and dignity for example.”

Challenges for Muslims and other religious minorities in the U.S. remain, though, Rogers and Shah said as recent attacks on mosques and Jewish synagogues illustrate.

Still, they said, America offers great hope for religious freedom and people of faith must work together to assure that right continues into the future.