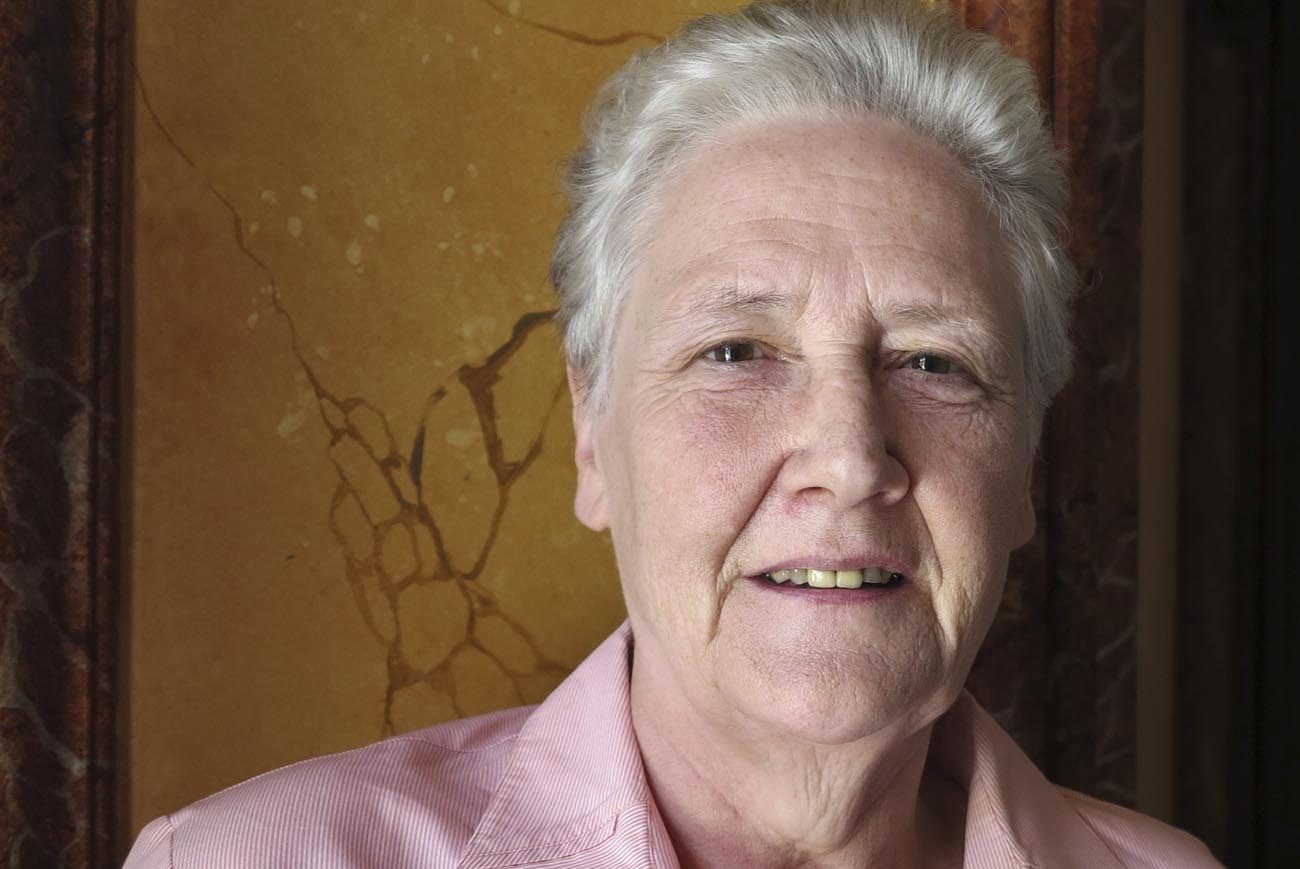 Marie Collins, a clerical sexual abuse survivor from Ireland and a member of the Pontifical Commission for the Protection of Minors, poses for a photo during a conference on child protection in Rome in this July 9, 2014, file photo. Collins has quit the Commission over what she described as resistance coming from Vatican offices against implementing recommendations.(CNS photo/Carol Glatz)

VATICAN CITY (CNS) — One of the founding members and the last remaining abuse survivor on the Pontifical Commission for the Protection of Minors has quit over what she described as resistance coming from Vatican offices against implementing recommendations.

Marie Collins, who joined the commission when it was established in 2014, said: “The reluctance of some in the Vatican Curia to implement recommendations or cooperate with the work of a commission when the purpose is to improve the safety of children and vulnerable adults around the world is unacceptable.”

“It is devastating in 2017 to see that these men still can put other concerns before the safety of children and vulnerable adults,” she said in an editorial published online March 1 by the National Catholic Reporter.

Pope Francis created the commission to be an independent body of experts, including survivors of clerical sexual abuse, to advise him with recommendations on best practices for protecting minors and vulnerable adults in the church. The commission is also charged with promoting responsibility in local churches by “uniting their efforts to those of the Congregation for the Doctrine of the Faith, for the protection of all children and vulnerable adults,” according to the commission’s statutes.

“However, despite the Holy Father approving all the recommendations made to him by the commission, there have been constant setbacks,” Collins said in a statement published on her website, mariecollins.net.

“This has been directly due to the resistance by some members of the Vatican Curia to the work of the commission. The lack of cooperation, particularly by the dicastery most closely involved in dealing with cases of abuse, has been shameful,” she said.

While Collins did not specifically name which dicastery, the Vatican’s doctrinal congregation is charged with investigating verified crimes the church defines as “more grave delicts,” which includes the sexual abuse of minors. The office, through its promoter of justice, also monitors the procedures that national bishops’ conferences have in place for dealing with abuse accusations and handling the dismissal from the priesthood of those guilty of sexual abuse.

In her NCR editorial, Collins said the commission’s template of safeguarding guidelines was never sent out to the world’s bishops’ conferences for helping them craft or improve their own policies and “the dicastery, which has the responsibility for reviewing existing bishops’ conference policy documents and which has its own template, is refusing to cooperate with the commission on the combining of the work.”

The commission had recommended a new judicial section be added within the doctrinal congregation to judge crimes of “abuse of office” by bishops alleged to have failed in fulfilling responsibilities linked to handling suspected and known cases of sex abuse. Even though the pope and his nine-member council of cardinals approved the new section in mid-2015, Collins confirmed in her editorial that it was never implemented.

Another papal directive promoting accountability of negligent bishops and religious superiors — “As a Loving Mother” — was also meant to begin in the fall of 2016, but “it is impossible to know if it has actually begun work or not,” Collins said.

She said the “last straw” that led to her handing in her letter of resignation was when she learned that the same dicastery that refused to cooperate on the safeguarding guidelines had also refused “to implement one of the simplest recommendations the commission has put forward to date.”

The recommendation, which the pope instructed that all Vatican departments follow, asked that every Vatican office “ensure all correspondence from victims/survivors receives a response. I learned in a letter from this particular dicastery last month that they are refusing to do so,” she said.

“I find it impossible to listen to public statements about the deep concern in the church for the care of those whose lives have been blighted by abuse, yet to watch privately as a congregation in the Vatican refuses to even acknowledge their letters!”

“It is a reflection of how this whole abuse crisis in the church has been handled: with fine words in public and contrary actions behind closed doors,” she said.

She said she had pledged when she joined the commission that she would quit the moment she felt “what was happening behind closed doors was in conflict with what was being said to the public. This point has come. I feel I have no choice but to resign if I am to retain my integrity.”

Collins was the last remaining survivor who was active in the commission’s work after Peter Saunders, a British survivor advocate, was asked by the commission to take a leave of absence a year ago. He had been outspoken in expressing his opinion on sanctioning particular church leaders for alleged abuse cover-ups and his frustrations over a lack of action on key issues.

The commission will be meeting in Rome March 20-26, and it is expected members will discuss what to do next about participation by other survivors since its mission includes reaching out to and including victims, a source told Catholic News Service.

U.S. Cardinal Sean P. O’Malley of Boston, a member of the pope’s group of cardinal advisers and president of the Pontifical Commission for the Protection of Minors, thanked Collins “for the extraordinary contributions she has made as a founding member of the commission.” He said he and the entire commission “will greatly miss her.”

Collins accepted, at the cardinal’s invitation, to continue to help the commission “in an educational role” because of her “exceptional teaching skills and impact of her testimony as a survivor.”

“I am deeply grateful for Marie’s willingness to continue to work with us in the education of church leaders, including the upcoming programs for new bishops and for the dicasteries of the Holy See. Our prayers will remain with Marie and with all victims and survivors of sexual abuse,” the cardinal wrote.

In its own press release, the commission praised Collins for having “consistently and tirelessly championed for the voices of the victims-survivors to be heard, and for the healing of victims/survivors to be a priority of the church.”

It said Pope Francis accepted Collins’ resignation “with deep appreciation for her work on behalf of the victims/survivors of clergy abuse.”

NEXT: Lent is time to relive exodus from slavery to freedom, pope says