Lent is time to relive exodus from slavery to freedom, pope says 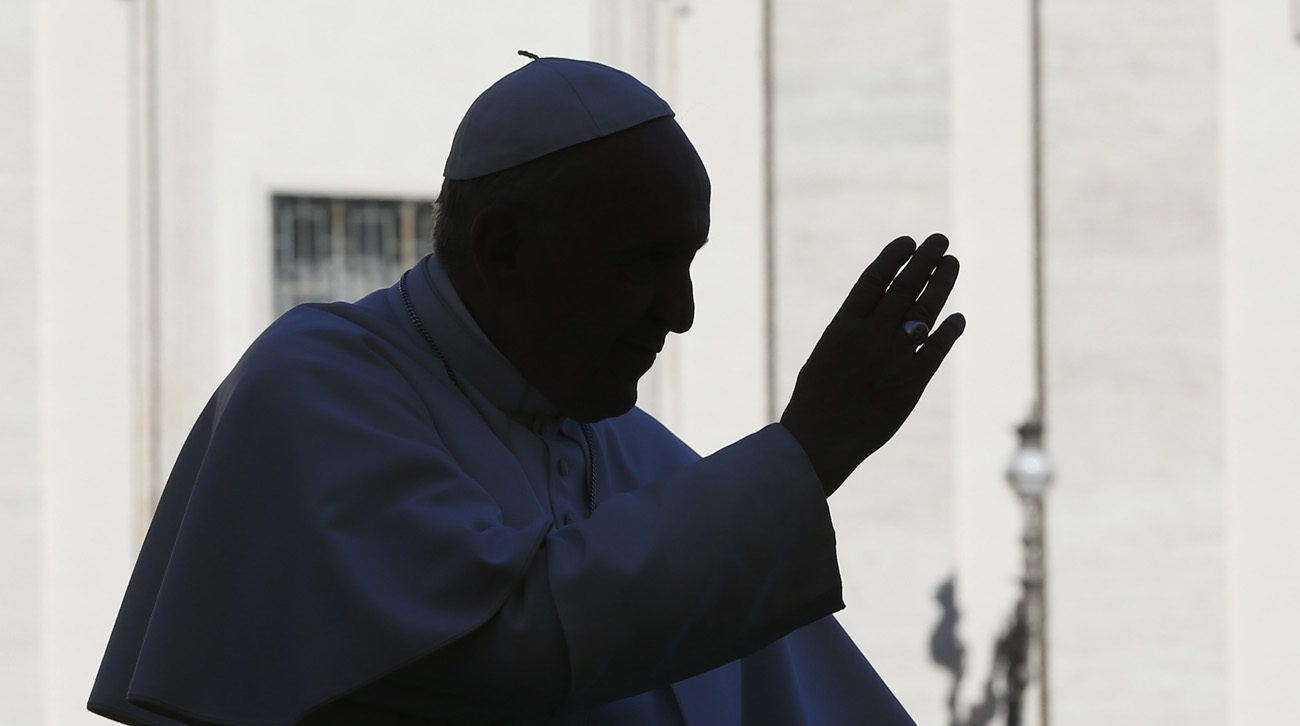 Pope Francis is silhouetted as he blesses the crowd during his general audience in St. Peter's Square at the Vatican March 1. (CNS photo/Paul Haring)

VATICAN CITY (CNS) — Like the people of Israel freed from the bondage of slavery, Christians are called to experience the path toward hope and new life during the Lenten season, Pope Francis said.

Through his passion, death and resurrection, Jesus “has opened up for us a way that leads to a full, eternal and blessed life,” the pope said at his weekly general audience March 1, Ash Wednesday and the beginning of Lent for Latin-rite Catholics.

“Lent lives within this dynamic: Christ precedes us with his exodus and we cross the desert, thanks to him and behind him,” he said.

On a warm and sunny morning, the pope held his audience in St. Peter’s Square. Arriving in the popemobile, he immediately spotted a group of children and signaled several of them to come aboard for a ride. One by one, the three girls and one boy climbed into the popemobile and warmly embraced the pope.

In his main audience talk, the pope said that while Lent is a time of “penance and even mortification,” it is also “a time of hope” for Christians awaiting Christ’s resurrection to “renew our baptismal identity.”

The story of the Israelites’ journey toward the Promised Land and God’s faithfulness during times of trial and suffering helps Christians “better understand” the Lenten experience, he said.

“This whole path is fulfilled in hope, the hope of reaching the (Promised) Land and precisely in this sense it is an ‘exodus,’ a way out from slavery to freedom,” the pope said. “Every step, every effort, every trial, every fall and every renewal has meaning only within the saving plan of God, who wants for his people life and not death, joy and not sorrow.”

To open this path toward the freedom of eternal life, he continued, Jesus gave up the trappings of his glory, choosing humility and obedience.

However, the pope said that Christ’s sacrifice on the cross doesn’t mean “he has done everything” and “we go to heaven in a carriage.”

“It isn’t like that. Our salvation is surely his gift, but because it is a love story, it requires our ‘yes’ and our participation, as shown to us by our mother Mary and after her, all the saints,” he said.

Lent, he added, is lived through the dynamic that “Christ precedes us through his exodus,” and that through his victory Christians are called to “nourish this small flame that was entrusted to us on the day of our baptism.”

“It is certainly a challenging path as it should be, because love is challenging, but it is a path full of hope,” Pope Francis said.

NEXT: Pope: Lent breathes life into world asphyxiated by sin