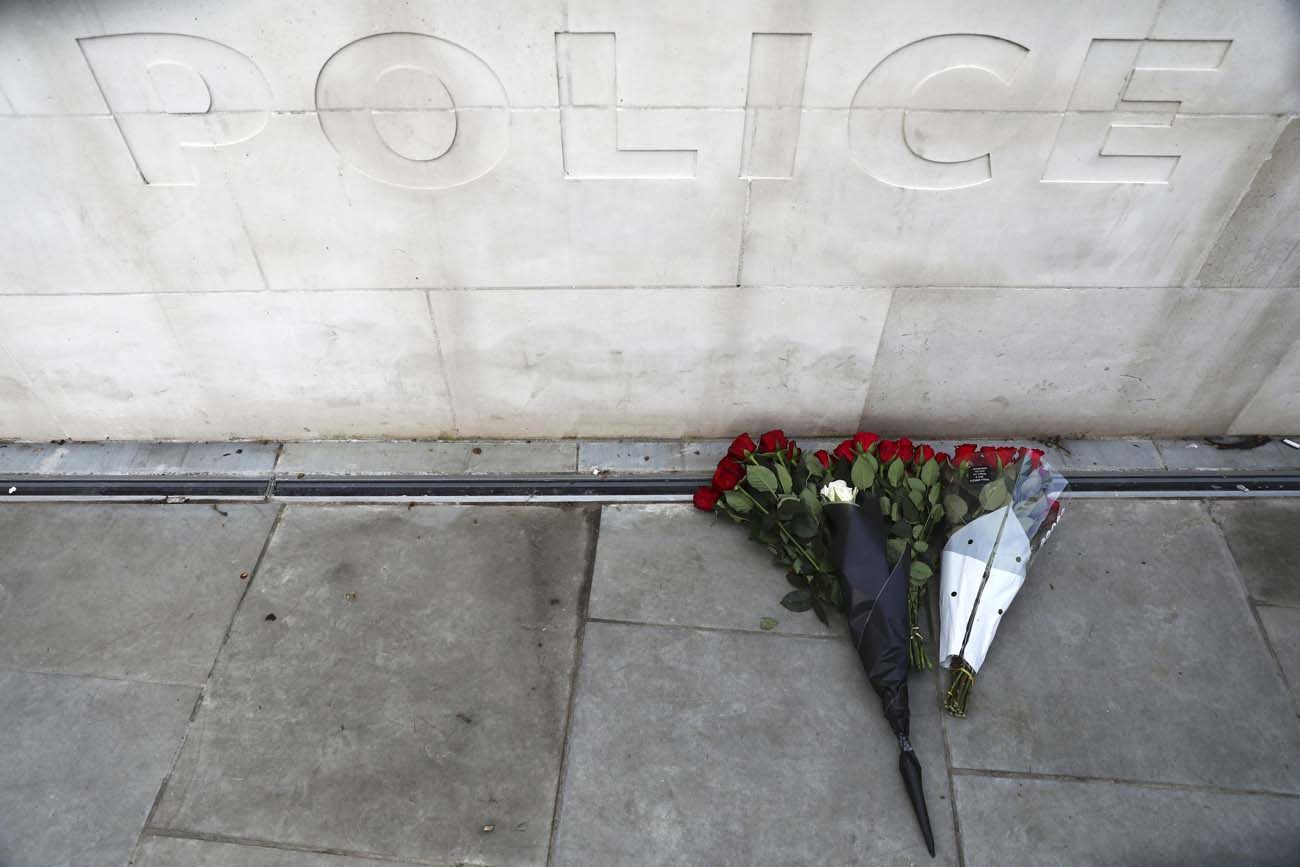 Flowers sit outside New Scotland Yard March 23, the morning after an attack by a man driving a car and wielding a knife left five people dead and dozens injured in London. (Photo/Neil Hall, Reuters)

MANCHESTER, England (CNS) — The Catholic duty priest to the British Parliament said people were weeping at prayer services the day after the Westminster terror attack.

The priest, Father Pat Browne, said he arrived at Parliament about two minutes after the March 22 attack and was sent home by police.

He returned March 23 for three prayer services for those killed and injured when an assailant mowed down people on Westminster Bridge, crashed, and killed a police officer near Parliament before being killed March 22.

Father Browne conducted the services in Parliament’s Chapel of St. Mary’s Undercroft with the Rev. Rose Hudson-Wilkin, the Speaker’s chaplain and an Anglican.

“There were lots of tears,” Father Browne told Catholic News Service in a March 23 telephone interview. “There were a lot of staff there, members of Parliament, peers. People were very shaken.

“For some it was the first time they could sit down and reflect on what had happened. They didn’t feel, until they got home last night, what had really happened,” he said. “They are very shaken people.”

The priest told CNS that everyone had a different story.

“I spoke to some MPs who were on their way to vote at the time. They heard the gunshots.

“One was walking through from Portcullis House (opposite Parliament) to the chamber when he heard this awful thud. Though he couldn’t see it, it was the car hitting the railings,” he said. “He went on and then the next minute he saw the prime minister being bottled out, then two police officers with guns charging to the gate. Lots of people have stories like that.”

Rev. Hudson-Wilkin preached at the first of the three services, he said, and she reminded the congregation to respond with compassion and solidarity to the evil that had entered their lives “in a very dramatic way.”

“Westminster Parliament is like a village and, when something like this happens, everyone comes together,” Father Browne said. “It doesn’t matter if you work in the kitchen or you are a cleaner or a member of Parliament, everyone rallies together.”

PREVIOUS: With new website, Franciscans opt for their own ‘hip-hop’ style

NEXT: No date yet for Blessed Romero canonization, archbishop says