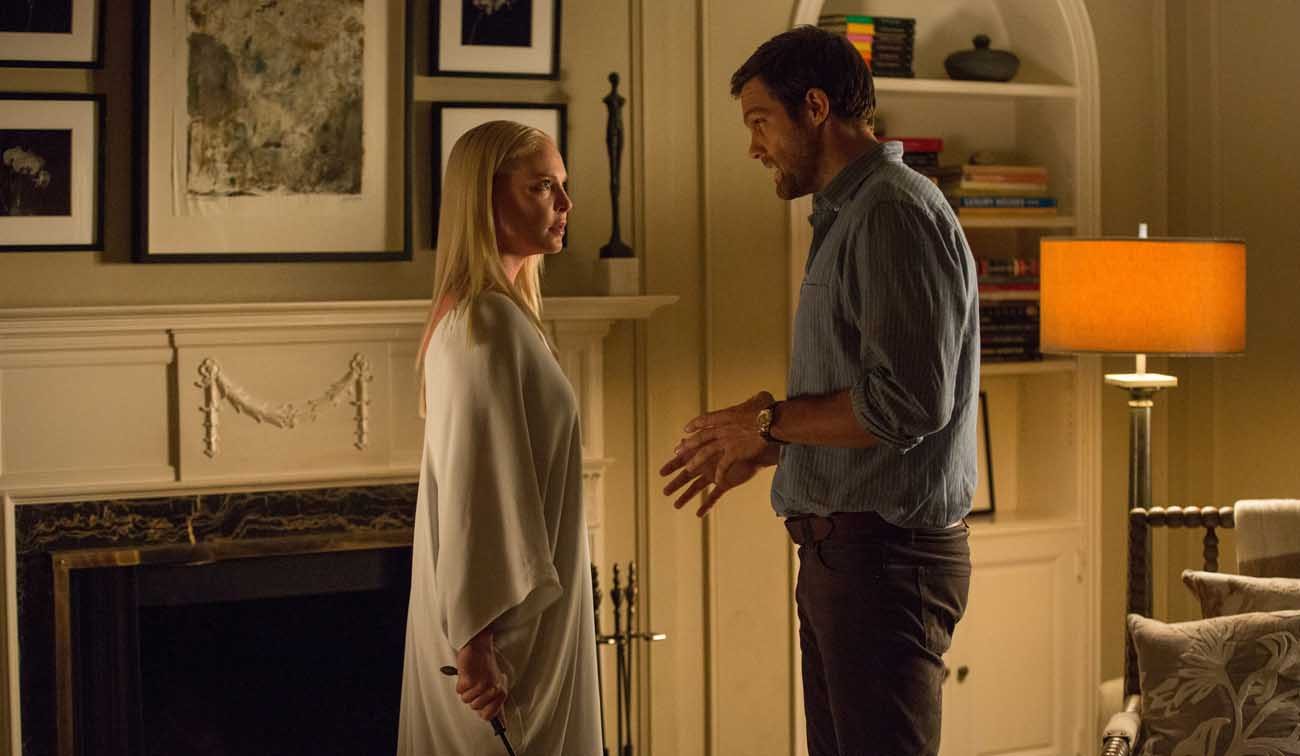 Katherine Heigl and Geoff Stults star in a scene from the movie "Unforgettable." (CNS photo/Warner Bros.)

It’s not the use of wire hangers that has Tessa seething, though. Rather, it’s the prospect of her milquetoast former husband David’s (Geoff Stults) forthcoming marriage to his live-in girlfriend, Julia Banks (Rosario Dawson).

That may sound like a spoiler, by the way. But in fact, the movie opens with a battered and bewildered Julia being interrogated over the crime, then switches to a prolonged “how did we get here?” flashback.

Director Denise Di Novi keeps the pot boiling along the way to a climactic catfight in which hair is pulled, fingernails are deployed and a fireplace poker is brandished. But Di Novi and screenwriter Christina Hodson throw in some unsavory and gratuitous ingredients that limit the appeal of “Unforgettable” even for those with a taste for cinematic junk food.

These include Tessa’s emotionless — and futureless — parking-lot tryst with a good-looking stranger she just met and David and Julia’s escapade in a restaurant bathroom. In another scene, Julia no sooner turns on the taps of her bathtub at home than the experienced moviegoer knows that her silky robe is coming off on screen.

It’s not silk that sells, after all.

NEXT: Arrival of orphan girl makes a man’s life ‘Gifted’