‘The Fate of the Furious’ pushes loyalty to the red line 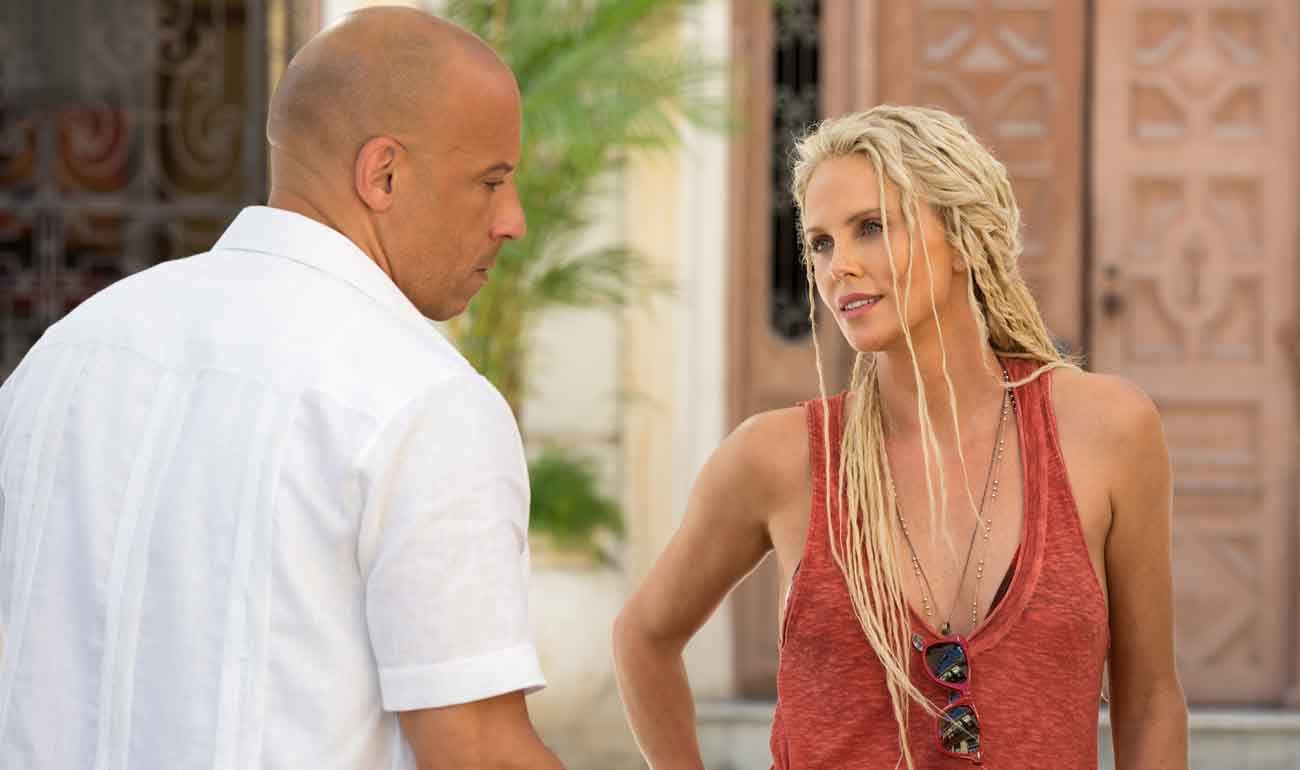 Vin Diesel and Charlize Theron star in a scene from the movie "The Fate of the Furious." (CNS photo/Universal)

NEW YORK (CNS) — Grown viewers willing to kick reality to the curb will have fun with the preposterous but lively auto-themed action adventure “The Fate of the Furious” (Universal).

Dicey moral values and a high mayhem quotient, however, mean this seventh sequel to 2001’s “The Fast and the Furious” is not a film for impressionable youngsters.

In a twist on the franchise’s central theme of staunch solidarity among the members of the self-proclaimed “family” of car racers who populate it, this installment finds their leader, Dominic “Dom” Toretto (Vin Diesel) turning on his friends and working against them. He does so, however, only under duress.

Dom is being blackmailed by elusive criminal mastermind Cipher (Charlize Theron), though the exact nature of her leverage over him remains hidden for quite a while. Since Cipher’s mad cyber skills keep her virtually untraceable, Dom’s erstwhile allies, including his wife, Letty (Michelle Rodriguez), and former federal agent Luke Hobbs (Dwayne Johnson), have their work cut out for them in hunting her (and Dom) down.

Director F. Gary Gray and screenwriter Chris Morgan put loyalty (even under strain) first and safety last as their globetrotting ensemble pursues an opponent so powerful she has her own AWACS-style airplane. (AWACS stands for Airborne Warning and Control System.)

Along with that kind of credulity straining but harmless prop comes a more troubling display of indifference to fact: Early scenes set in Cuba portray that nation as an island paradise, conveniently ignoring the reality that it has been ruled for the past half century and more by a duo of despots.

Doses of humor and clever resourcefulness help to divert attention from the sketchy us-against-the-world ethics that have characterized the whole series. But moviegoers intent on analyzing the picture’s underlying values will wonder whether any personal consideration — even one as weighty as that coercing Dom — can justify aiding a villain in her bid to acquire nuclear weapons and gain (what else?) world domination.

On the other hand, however muddled the moral values on offer may be, they do come tricked out with distinctly Christian detailing. Nor can a movie that ends with a clan-gathering meal over which grace is pronounced — a recurring conclusion in the series — fail to endear itself, at least a little, to viewers of faith.

The film contains frequent gunplay and hand-to-hand combat but with little gore, brief partial nudity, a marital bedroom scene, an adultery theme, several uses of profanity, a few milder oaths, a single rough and many crude terms and an obscene gesture. The Catholic News Service classification is A-III — adults. The Motion Picture Association of America rating is PG-13 — parents strongly cautioned. Some material may be inappropriate for children under 13.