After shooting, Fresno Catholics urged to be a light to community 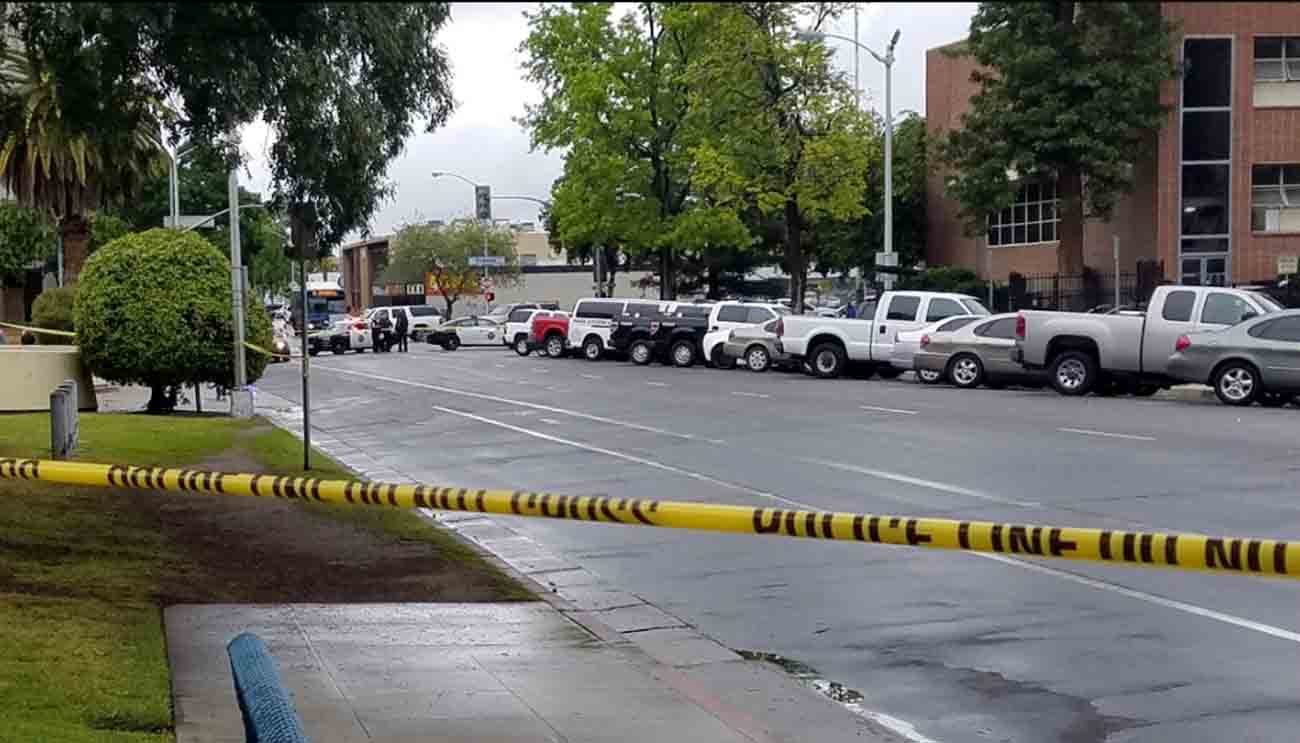 A road is blocked by police tape April 18 after multiple victims were fatally shot in Fresno, Calif. Community members and faith leaders held a prayer vigil in the alley behind the Catholic Charities' Fresno Family Resource Center to honor the three shooting victims that were killed that day. (CNS photo/Reuters)

FRESNO, Calif. (CNS) — After three men were killed April 18 in a shooting rampage in Fresno by a gunman who was captured and admitted to the shootings, the Diocese of Fresno urged the local Catholic community to “seize this moment as an opportunity to live as people of light not darkness by rejecting the temptation to hate the hater.”

“Once again, our community is touched by darkness,” said the diocesan statement posted on the diocese’s website. “Family, friends, neighbors and the vast multitude of good and caring people in our community must now decide, once again, how we will respond to this senseless tragedy.”

One of the three victims was shot at a bus stop near a Catholic Charities office and another was shot in the agency’s parking lot.

Kelly Lilles, executive director of Catholic Charities in Fresno, said: “Our hearts are heavy as we reflect on the wrong done to our community yesterday and the horrific events that took place as a result of one angry individual.”

The gunman, Kori Ali Muhammad, also was wanted in the slaying of a security guard in Fresno the previous week. All four victims were white. The Associated Press reported that Muhammad, who is black, fired 16 rounds in less than two minutes at four places within a block April 18.

Lilles said in a statement that she and the staff and board of directors of Catholic Charities were thankful for those who reached out to the victims and for the first responders on the scene.

She said the Catholic Charities team had come together for prayers for the victims and their families, for clients and each other. They also continued their work, opening their doors the day after the shooting for clients. “Nothing will stop us from being a light for our community and we will continue to be here even in times of great sadness,” she added.

The Fresno diocesan statement urged Catholics to reflect on what they experienced, stressing that “anger and outrage are certainly a natural reaction; yet, these feelings must also be experienced as an invitation to prayerful reflection.”

The statement pointed out that “in less than two minutes, three lives were taken for no apparent reason beyond an incomprehensible depth of hatred carried in the heart of one man.”

The diocese offered prayers for the deceased and their families and for the “conversion of souls that intentionally inflict acts of violence on innocent victims. May their minds and hearts be enlightened and opened to God’s love, mercy and forgiveness; and may we be prepared to walk with them when they seek reconciliation within our community.”