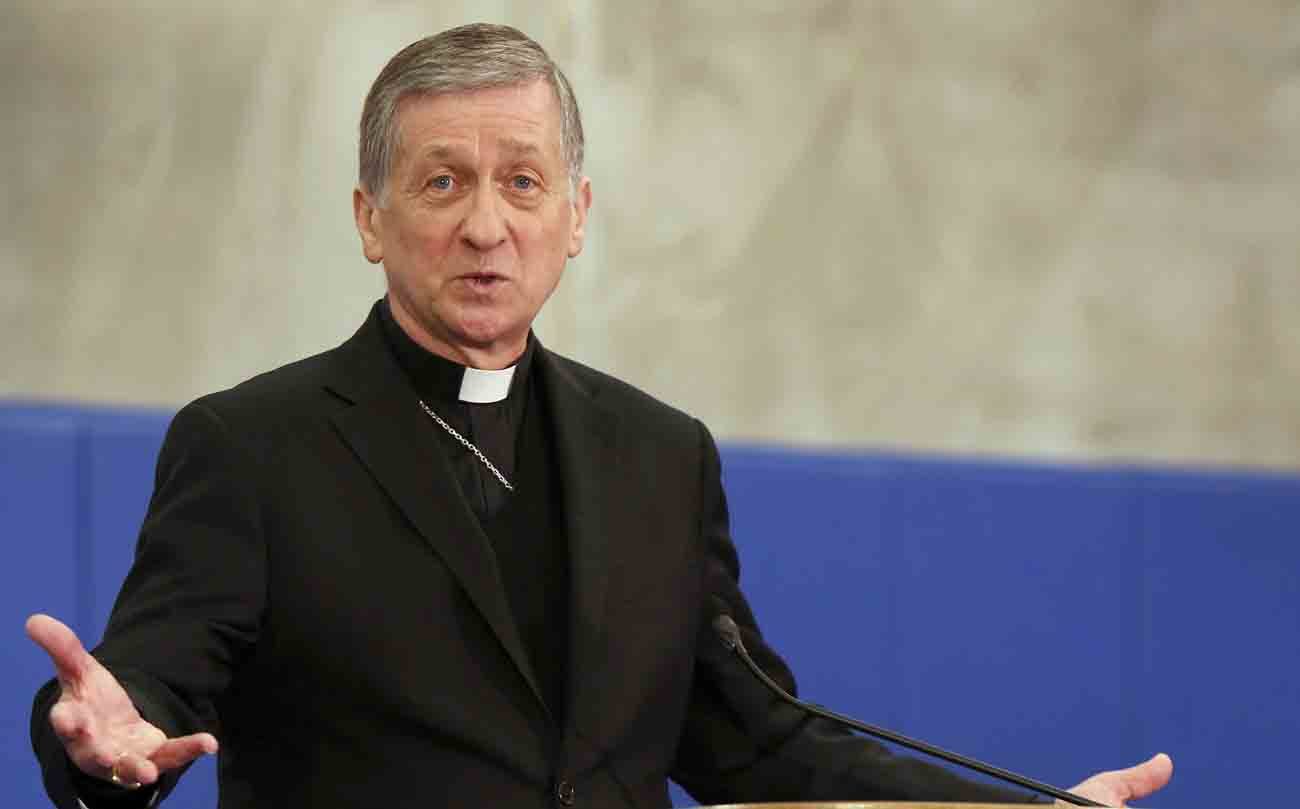 Cardinal Blase J. Cupich of Chicago is seen in Chicago April 4. He praised Illinois governor for his promise to veto a bill that would use public funds for abortion. (CNS photo/Karen Callaway, Chicago Catholic)

Under the bill pending in the state General Assembly, the public money will come from Illinois’ Medicaid and employee health insurance programs to pay for the abortions at any stage or pregnancy.

“Abortion is a controversial issue in this country, but using public money to provide abortions should not be,” Cardinal Cupich said in an April 19 statement. “The federal government prohibits the practice, and polls show a substantial segment of the American public reject it.”

“I pray that this divisive issue will be put behind us and our government officials will now concentrate on the many difficult challenges facing Illinois,” he said. “Most importantly, our political leaders must find a way to cooperate and craft a budget that serves all our people. It is essential that we unite in this effort, and I stand ready to help in any way.”

The state of Illinois has been without a budget for about 22 months. It has a budget deficit of $9.6 billion.

According to Illinois Citizens for Life, it is estimated that if the bill, H.B. 40, became law, there would be an increase of at least 12,000 abortions in Illinois, or a 37 percent increase each year. The group based the figure on “the huge increase in Medicaid women recipients in Illinois over the past five years.”

“While Gov. Rauner does not have a pro-life position and states he is for so-called women’s ‘reproductive rights,'” Illinois Citizens for Life said, the group praised “his commitment to veto … this terrible abortion funding bill” if it reached his desk.

The organization urged pro-lifers to contact his office to thank him for his stand, because “you know the other side will be contacting him with their threats of retribution.”

A spokeswoman for Rauner said in a statement that the governor is committed “to protecting women’s reproductive rights under current Illinois law,” but “recognizing the sharp divisions of opinion of taxpayer funding of abortion, he does not support H.B. 40.”

PREVIOUS: After shooting, Fresno Catholics urged to be a light to community

NEXT: Make persecution ‘difficult for others to ignore,’ cardinal says