Make persecution ‘difficult for others to ignore,’ cardinal says 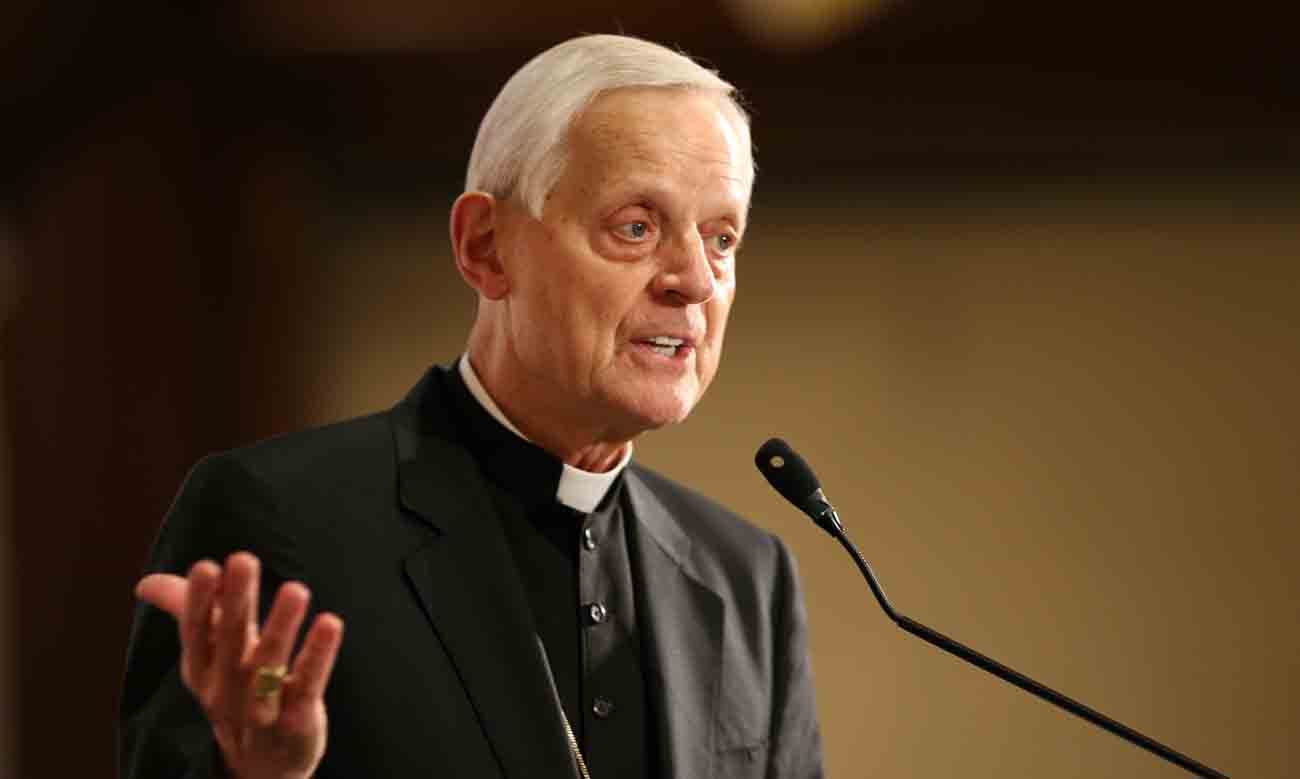 Washington Cardinal Donald W. Wuerl speaks during an April 20 forum to release the findings of a study on responses to Christian persecution. The event was at the National Press Club in Washington. (CNS photo/Bob Roller)

WASHINGTON (CNS) — With religious persecution against Christians on the rise worldwide, it is important for other Christians to stand in solidarity with them, said Cardinal Donald W. Wuerl of Washington.

Christians in the United States and elsewhere must raise their voices on behalf of “the millions who are suffering,” he said April 20 during a symposium held in connection with the release of “In Response to Persecution, Findings of the Under Caesar’s Sword Project on Global Christian Communities,” a report detailing the nature of persecution against Christians in different nations across the globe.

“Make it difficult for others to ignore,” the cardinal said.

Doing so, Cardinal Wuerl noted, may require Christians “to be aware” of the persecution their fellow believers face on different continents.

He suggested one response should be to “continue to support the flow of material assistance” to persecuted Christians through aid agencies like Catholic Relief Services, the U.S. bishops’ international aid agency; Caritas Internationalis, the Vatican umbrella agency for different nations’ Catholic relief organizations; or their counterparts run by other Christian denominations and organizations.

“And we must, of course, continue to pray,” said Cardinal Wuerl, who has just had a new book published, “To the Martyrs: A Reflection on the Supreme Christian Witness.”

He lamented the rise of intolerance in the Middle East. In Egypt, the cardinal said, “all found a way, until recently, to live together. Under the rise of ISIS … things have just continued to get worse.” He added he believes that, despite last year’s declaration by then-Secretary of State John Kerry that the Islamic State group had been responsible for genocide in the regions it controlled in Iraq and Syria, most Americans are not aware of it.

“This is not a Christian crisis of concern only to Christians,” Cardinal Wuerl said. “This is a human crisis.”

Daniel Philpott, a professor of political science and peace studies at the University of Notre Dame and the principal author of the report, expressed surprise that few persecuted Christians resort to violence. He said there were limited instances of Christian groups forming militias to protect their people and property and, given the situations they face, that reaction may be “understandable and justifiable.”

Beyond these, there are nongovernmental actors like Islamic State; Philpott called them “Little Caesars” who persecute Christians.

Archbishop Sebastian Shaw of Lahore, Pakistan, a country where 3 percent of the country’s 120 million people are Christians, said working together with the Muslim majority is the best course of action.

While Pakistan’s blasphemy law has resulted in the deaths of many Christians, Archbishop Shaw said he does not want to have the law repealed, but he wants it modified so mob justice is eliminated.

He told the story of a poor Christian couple working in indentured servitude at a brick kiln in the country. Somehow, a rumor spread that the couple had blasphemed Allah. Word got to the local imam, and “within 20 minutes there were 4,000 people” ready to exact their own justice against the couple, who had two children. Soon, both were thrown into the kiln furnace and “within five, seven minutes, they were both burned to death,” the archbishop said.

Later, officials discovered that the Christian woman was pregnant, and that both husband and wife were illiterate and could not have committed the blasphemy of which they were accused. “They did not have a Quran in their home,” Archbishop Shaw said. “They didn’t even have a Bible in their home.”

The archbishop said he gives the “two-F” instruction to his Catholics: “Don’t fear. Jesus said, ‘Do not be afraid,'” he told his audience. “The second F is do not fight, do not fight. No fear, no fight.” He said he encourages Catholics to “know your purpose. You were born in Pakistan” for a reason, Archbishop Shaw added. “Know your religion and your religious values, and express them in your life.”

The symposium also featured a 27-minute documentary, “Under Caesar’s Sword,” which explored religious restrictions and violence in Turkey and in India, along with glimpses of situations in Myanmar, Pakistan, Eritrea, Iraq and Syria.