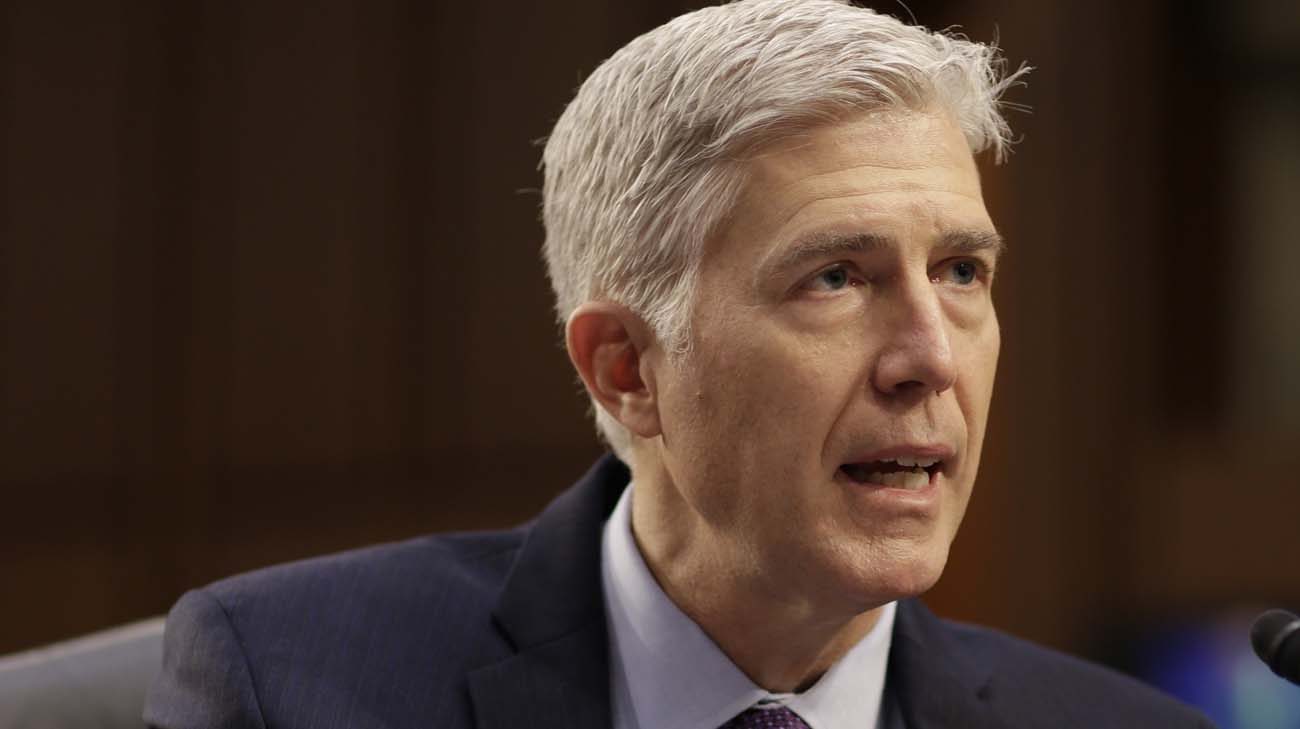 WASHINGTON (CNS) — The Senate Judiciary Committee April 3 voted to send the nomination of Judge Neil Gorsuch to the full Senate for a confirmation vote.

Just before the 11-9 committee vote, which was cast along party lines, Democrats in the Senate determined they have enough votes to block confirmation by the full body.

In his opening comments as the committee convened, Sen. Chuck Grassley, R-Iowa, the chairman, said the nominee he and his fellow lawmakers would be voting on “is a judge’s judge.”

“He’s a picture of the kind of justice we should have on the Supreme Court. So I urge you to join me in supporting his nomination before the committee,” he said.

“Judge Gorsuch is eminently qualified,” Grassley said. “He’s a mainstream judge who’s earned the universal respect of his colleagues on the bench and in the bar. He applies the law as we in Congress write it — as the judicial oath says, without respect to persons. And he refuses to compromise his independence.”

On March 23, one of the last days of the Gorsuch confirmation hearings, Senate Minority Leader Charles Schumer, D-New York, announced on the Senate floor that he would oppose Gorsuch’s nomination by joining other Democrats in a filibuster. This means Gorsuch will need 60 votes to be confirmed by the Senate; the Republicans are the majority but with just 52 seats.

Three Democratic senators said they will support Gorsuch — Sens. Joe Donnelly of Indiana, Heidi Heitkamp of North Dakota and Joe Manchin of West Virginia. But the Republicans will fall short of the needed 60 votes, so Senate Majority Leader Mitch McConnell, R-Kentucky, is expected to make a rule change, allowing Gorsuch to be confirmed with 51 votes. The move is called the “nuclear option.”

A vote to confirm the judge for the high court is expected April 7.

Gorsuch is currently a judge of the U.S. Court of Appeals for the 10th Circuit, based in Denver. Nominated by then-President George W. Bush, he was unanimously confirmed for the circuit court in 2006 and that the same year, he received a “unanimously well qualified” rating from the American Bar Association. At 49, he is the youngest Supreme Court nominee in 25 years.

Carl Anderson, the head of the Knights of Columbus, in a statement released late April 3 applauded the Senate Judiciary Committee for its vote “to send this highly qualified judge to the Senate floor.”

“We now urge every senator to vote to confirm the nomination of Judge Gorsuch,” he said, calling on senators to “be mindful” of results of a recent Knights-sponosred Marist Poll that found eight in 10 Americans see as a priority the appointment of justices who will interpret the Constitution as originally written, with 56 percent saying it is an “immediate priority.”

“Gorsuch’s long record makes clear that he is exactly the sort of justice the majority of the American people want on the Supreme Court,” Anderson added. “The American people and Judge Gorsuch himself deserve no less than his swift confirmation by the full Senate.”

On April 1, protests organized by the People’s Defense, whose partners include the Working Families Party and NARAL Pro-Choice America, took place in 14 states and the District of Columbia.

As the first day of Gorsuch’s hearings got underway, 60 national and state pro-life groups sent a letter to the members of the U.S. Senate calling for Gorsuch’s swift confirmation.

“Judge Gorsuch is widely recognized as a jurist possessed of deep intelligence and true fairmindedness,” the letter said. “After a decade of constitutionally sound and clearly written rulings and opinions, Judge Gorsuch deserves once again the swift approval of the Senate.”