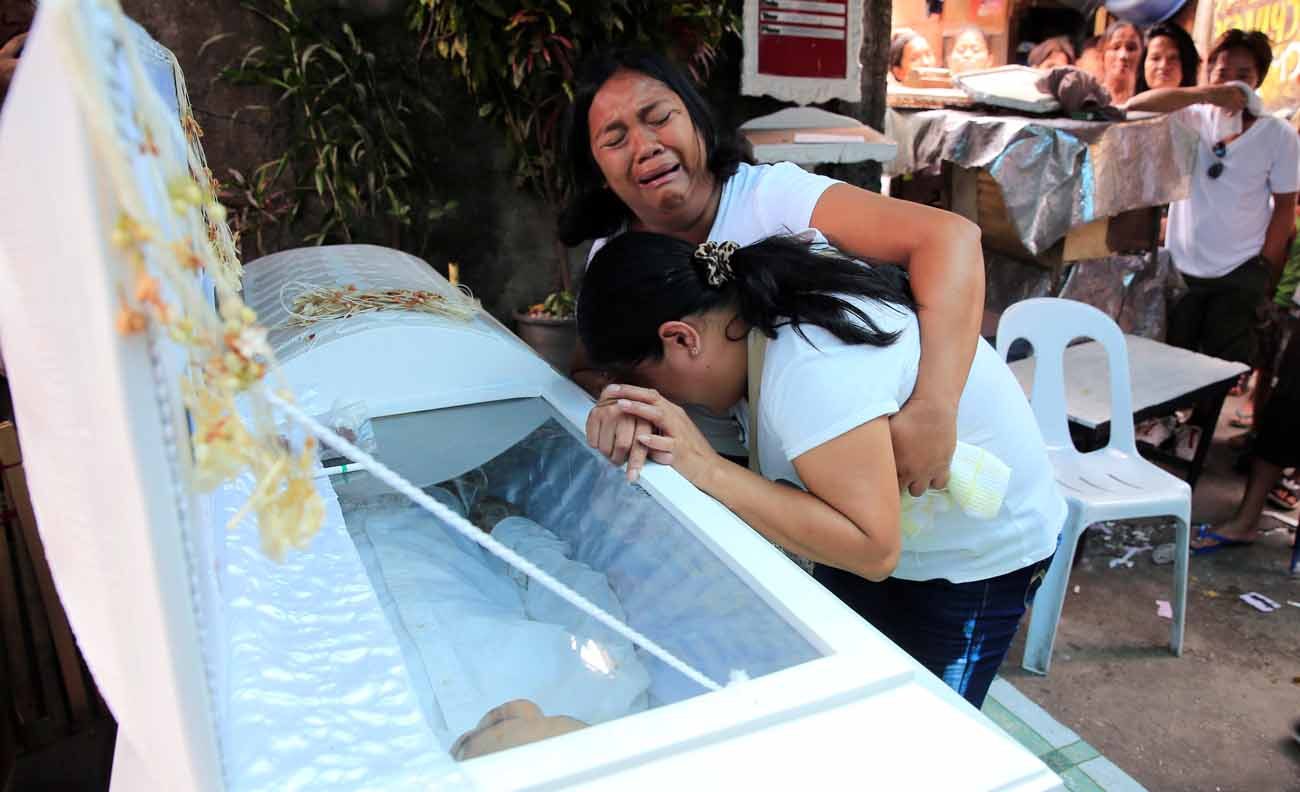 Family members cry in front of a coffin of Arjay Suldao, 16, before his funeral March 28 in Manilla Philippines. Local media reported that he was a victim of unknown assailants related to the country’s drug war. An interfaith delegation from the Philippines raised concerns over drug-related killings during an April 5 meeting at the United Nations in Geneva with the special rapporteur on extrajudicial killings. (CNS photo/Bobby Yip, Reuters)

MANILA, Philippines (CNS) — An interfaith delegation from the Philippines raised concerns over drug-related killings during a meeting with the special rapporteur on extrajudicial killings at the United Nations.

“We have documented many of the thousands that were killed without due process, mostly from urban poor communities,” Redemptorist Brother Ciriaco Santiago told ucanews.com. He said the impact of the killings “is mind-numbing and heart-wrenching.”

“The victims have left behind many orphaned children and young and jobless widows,” said Brother Santiago who joined the Philippine Universal Periodic Review Watch, a network of faith-based and human rights groups, at the meeting in Geneva April 5.

The National Council of Churches in the Philippines, in its presentation before the U.N. body, cited the killings of tribal people and poor farmers caught in the middle of the government’s anti-insurgency war.

“This culture of impunity is a major factor for continued violations of human rights under the present government,” said Johanna May dela Cruz, a staff member of the council’s human rights program.

Philippine President Rodrigo Duterte has taken a hard-line approach to drug dealers and users, calling in some cases for their death even without trial in a court of law.

The church group called on the international community to pressure the Philippine government to end the killings.

The next cycle of the Universal Periodic Review on the Philippines human rights situation was set for May 8.

NEXT: Risen Christ calls all to follow him on path to life, pope says