After furor over remarks, DNC chair to meet with pro-life Dems’ head 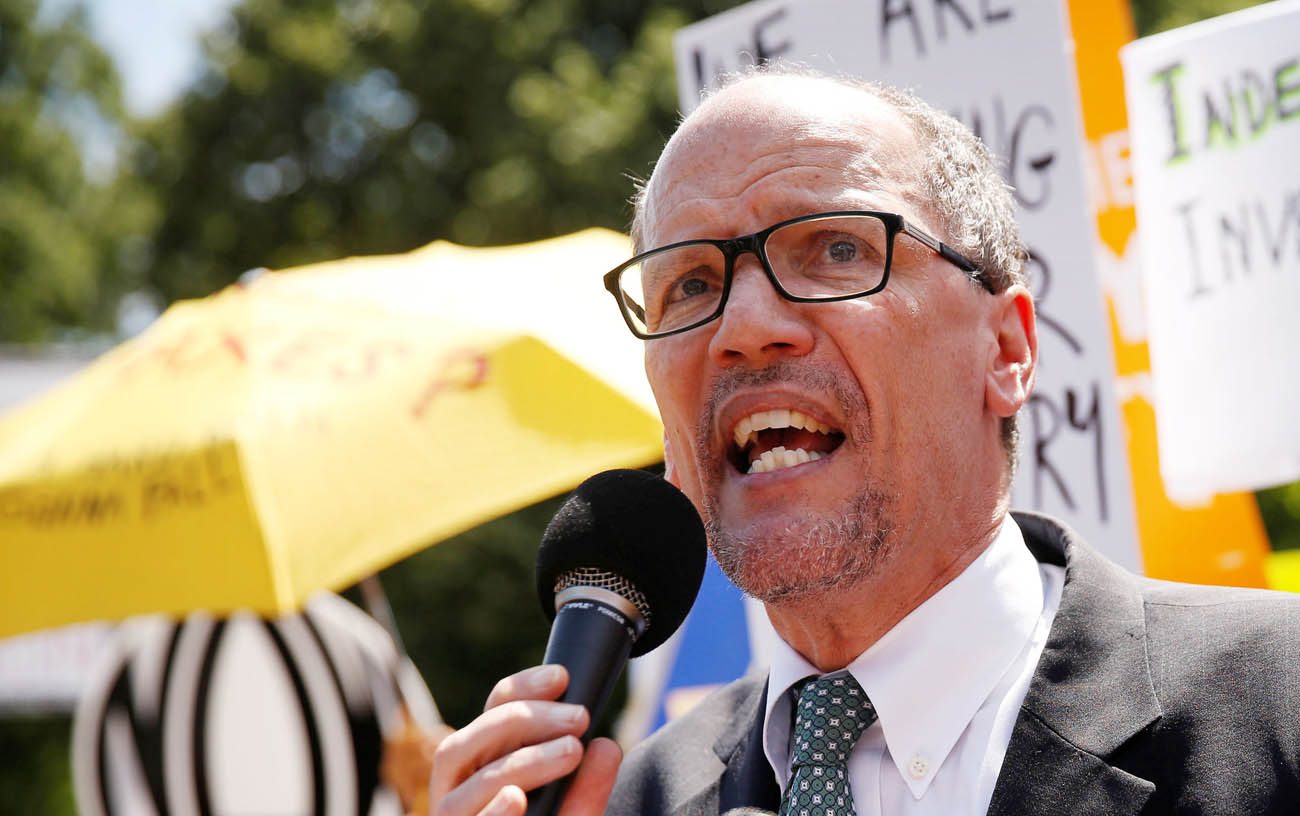 WASHINGTON (CNS) — After a furor erupted over his statement that the Democratic Party should support only those candidates who support legal abortion, Democratic National Committee chairman Thomas Perez will meet with the head of Democrats for Life of America, Kristen Day.

Day, in a May 16 interview with Catholic News Service, said she had sought the meeting with Perez before he issued his statement prior to Democrat Heath Mello’s loss May 9 in the mayor’s race in Omaha, Nebraska.

“We’re still working on the date,” said Day, who added she had been able to meet with previous DNC chairs Terry McAuliffe and Howard Dean, but not Perez’s predecessor, Debbie Wasserman Schultz.

Perez was criticized in pro-life circles when he said, “Every Democrat, like every American, should support a woman’s right to make her own choices about her body and her health. That is not negotiable,” adding, “We must speak up for this principle as loudly as ever and with one voice.”

Cardinal Timothy M. Dolan of New York, who had given the invocation at both the Democratic and Republican National Conventions in 2012, called Perez’s remarks “disturbing.” The cardinal, who is chairman of U.S. bishops’ Committee on Pro-Life Activities, urged members of the Democratic Party to “challenge their leadership to recant this intolerant position.”

Many point to the flap as having contributed to the loss for Mello, a pro-life Democrat. NARAL Pro-Choice America and Planned Parenthood had lashed out against Sen. Bernie Sanders, I-Vermont, and deputy DNC chair Keith Ellison, for saying they would stump for Mello in Omaha, calling it “politically stupid.”

Day disputes that assertion. Demanding adherence to a right to abortion “got us to where we are today,” she said, with 38 of the 50 states having Republican electoral majorities — 27 of them under full GOP control — compared to just five states where Democrats have full control. “The numbers kind of speak for themselves,” she said. “And when we push pro-life Democrats out of the party, this is what happens.”

At the federal level, “this abortion litmus test has hurt us dramatically. If you look at 30 years ago in the United States House, we had 135 pro-life Democrats and a 292-seat majority. Today, we have 30. We can’t get the majority we want without electing pro-life Democrats. The number of pro-choice Democrats has stayed at about 185, 180. If we want to follow NARAL and Planned Parenthood’s strategy, we’re going to stay there” in the minority, Day said.

She added Mello didn’t help his own cause when he said he was “personally pro-life” after “NARAL came into the district and badgered him.” “It’s not a winning position. You can’t do that with any issue,” Day said. “It just sounds ridiculous. If you say, ‘I believe climate change is real but I’m not going to vote that way,’ or ‘I believe guns are harming society but I’m not going to vote for any gun control legislation,’ nobody would vote for you.”

The definition of “pro-life” is “different in different parts of the country,” Day told CNS. “In some districts, like in Michigan where I’m from, if you run in Detroit, running as pro-life won’t get you very far but if you run as a pro-life Democrat in the Upper Peninsula, you have a pretty good chance of winning, or in Bay City. The party needs people who match the district rather than finding people with California values and running them instead.”

Despite the recent controversy, or maybe because of it, “I expect it be a really good meeting,” Day said. “Actually with Dean, there were 18 of us. It was a pretty good dialogue.”

PREVIOUS: San Francisco Catholics give thanks for the life of Archbishop Niederauer

NEXT: Railroad is beginning of line for 100-year-old South Carolina church