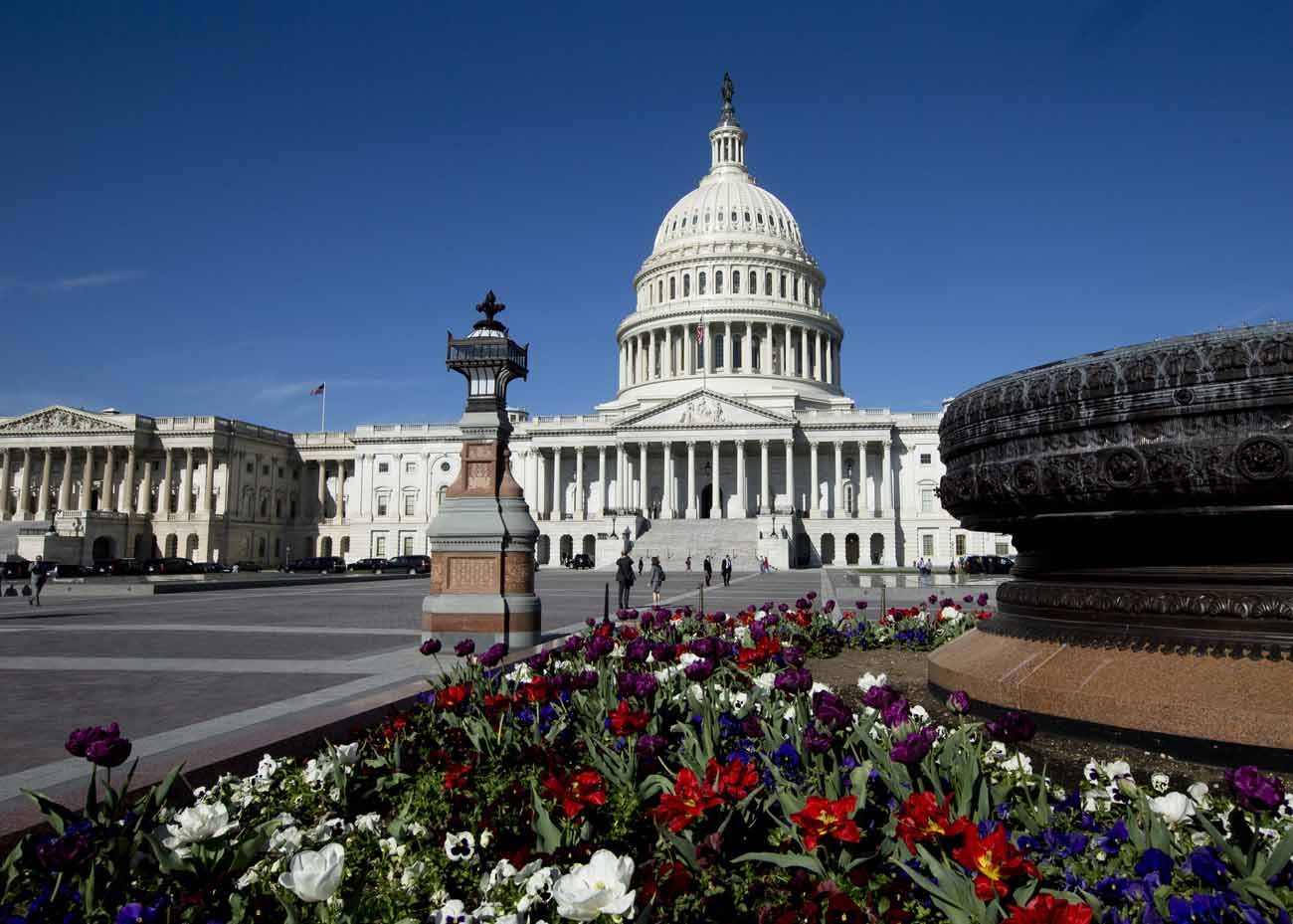 The U.S. Capitol in Washington is seen April 5. The House of Representatives May 4 passed a bill to repeal and replace the Affordable Care Act by a four-vote margin, 217-213. (CNS photo/Tyler Orsburn)

WASHINGTON (CNS) — The House passed a bill to repeal and replace the Affordable Care Act by a four-vote margin May 4. The final vote was 217-213.

This latest GOP repeal-and-replace bill was rushed through with such speed that the Congressional Budget Office did not have time to prepare an analysis of it before the vote.

The previous American Health Care Act was dealt a big blow after the CBO said that 24 million people would lose health insurance over the next decade had the bill become law. That version of the bill never came to a vote as different factions among House Republicans voiced their opposition.

The new version was nearly scuttled when key Republican lawmakers said they would vote against it because it would have allowed insurance companies to charge more to Americans with pre-existing conditions — which had been banned under the Affordable Care Act. Some of them announced they would support the bill after an added $8 billion over the next five years was added to an original allocation of $130 billion it to help alleviate those issues.

Even with the bill’s passage in the House, it faces an uncertain future in the Senate.

Planned Parenthood would be blocked from receiving federal funding for one year under the new bill.

Catholic leaders were wary of the repeal-and-replace efforts.

Sister Carole Keehan, a Daughter of Charity who is president and CEO of the Catholic Health Association, said in an April 26 statement that changes to the bill, “intended to make it more palatable to those who did not support it initially, are even more disastrous for people who have just gotten health care.”

“The ACA is, by no means, a perfect law,” said a March 17 letter to members of Congress by Bishop Frank J. Dewane of Venice Florida, chairman of the U.S. bishops’ Committee Domestic Justice and Social Development. “The Catholic bishops of the United States registered serious objections at the time of its passage. However, in attempting to improve the deficiencies of the ACA, health care policy ought not create other unacceptable problems, particularly for those who struggle on the margins of our society.”

At that time, Bishop Dewane lauded the “critical life protections” in the original bill.

In her own letter, sent March 8 to members of Congress, Dominican Sister Donna Markham, president and CEO of Catholic Charities USA, said that despite the “commendable efforts” to protect the unborn and give states greater flexibility, the prospect of 70 million people on Medicaid getting reductions in health care “undermines access to life-saving coverage.”

One provision of the bill would let the federal government stop providing enhanced funding for new Medicaid enrollees after 2019, which would likely cause most of the 31 states and Washington that expanded Medicaid under the Affordable Care Act to drop it, according to a May 3 analysis by the Center on Budget and Policy Priorities. An estimated 11 million people receive Medicaid under the ACA. The bill also allows states to impose a work requirement for Medicaid recipients.

The legislation also would allow insurers to charge higher premiums to those in their 50s and early 60s, compared to younger consumers. Taxes on the wealthy, insurers and others under the ACA would be eliminated under the new bill, as would the individual mandate imposed by the ACA with its attendant penalties for noncompliance. The bill also would replace federal subsidies tied to personal income and insurance premiums and replace it with refundable tax credits based mainly on age to purchase health insurance.

One popular part of the ACA that was retained in the new bill was a requirement that children be carried on their parents’ family policies to age 26.