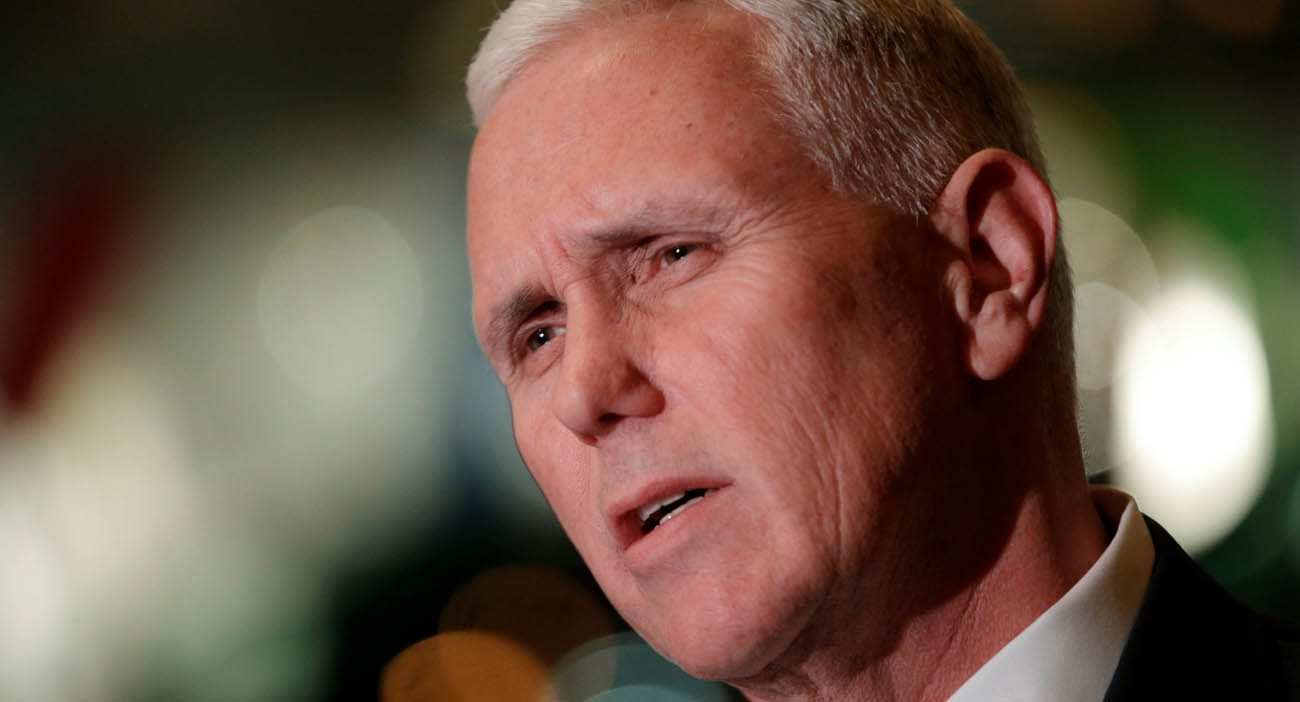 SOUTH BEND, Ind. (CNS) — A student activist coalition at the University of Notre Dame that opposes Vice President Mike Pence as this year’s commencement speaker called for students to walk out of the May 21 ceremony when he begins his address.

In a May 15 tweet labeled “Taking back our commencement,” the group We StaND For invited graduates and others to “sit with a friend on your college. Stand up and walk out once Mike Pence starts to speak. Respectfully and quietly exit the stadium. Join us for a short commencement celebration.”

Earlier We StaND For announced members would protest Pence as a representative of the Trump administration and also for policies he supported as Indiana’s governor, including a religious freedom law and a bill to restrict abortion.

“Students who indicated they would protest by leaving the commencement ceremony when the vice president speaks met with the Notre Dame police chief this week and assured her they would leave quietly and respectively,” Paul Browne, vice president for public affairs and communications, said May 18.

“They also sought her advice as to which exit to use upon leaving. They are being cooperative, which was our expectation from the start,” Browne added in an email sent to Catholic News Service.

Notre Dame traditionally invites the U.S. president to speak at commencement, but in March the university said it would invite Pence this year. Four of the past six presidents — Barack Obama, George W. Bush, Ronald Reagan and Jimmy Carter — accepted Notre Dame’s invitation in their first year in office to deliver the commencement address and receive an honorary degree.

Before the 2016 presidential election, members of the graduating class of 2017 signed a petition asking Notre Dame’s president, Holy Cross Father John I. Jenkins, to invite neither Republican nominee Donald Trump nor Democratic nominee Hillary Clinton because they “have advocated for positions in violation of the Catholic faith and have defended these positions, repeatedly and with disregard for, the severity of their claims.”

In December, there were campus protests and another petition, signed by thousands of Notre Dame students and faculty members, against Trump being invited to speak at commencement.

But the choice of Pence and having him on campus make students feel unsafe, claimed Notre Dame senior Imanne Mondane. In a recent interview, she told The Observer, the student-run newspaper, that “for many people on our campus, it makes them feel unsafe to have someone who openly is offensive but also demeaning of their humanity and of their life and of their identity.”

As governor, Pence signed the state’s Religious Freedom Restoration Act to protect the free exercise of religion, as guaranteed by the U.S. Constitution and the Indiana Constitution. Opponents said it discriminated against gay people.

Pence asked Indiana lawmakers to make some changes so it would be “clear that this law does not give businesses the right to deny services to anyone.” He said that if the measure “legalized discrimination in any way in Indiana, I would have vetoed it.”

In his statement, Notre Dame’s Browne said the university “would intervene in any protest only if the ceremony was seriously disrupted or anyone’s safety was put at risk. We expect neither.”

“Our main concern is weather,” he said, noting there was a chance of severe thunderstorms the morning of May 21, which would require the university to make a decision the evening before “as to whether to move commencement from the stadium outside to Purcell Pavilion at the Joyce Center inside.”

“We expect up to 40,000 to attend. We can only accommodate 9,000 at Purcell. We have plans in place for such weather emergencies, but we hate to disappoint so many people,” Browne said. “We’re praying for the severe weather to move in early on Saturday, and clearing by Sunday morning. Right now the forecast is not reassuring.”

In 2009, Father Jenkins was heavily criticized for inviting Obama to speak at the May graduation and to receive an honorary law degree. At least 70 U.S. bishops and other critics said Obama’s support of legal abortion and embryonic stem-cell research made him an inappropriate choice to be commencement speaker at a Catholic university.

At graduation last year, Notre Dame was criticized for bestowing its prestigious Laetare Medal on Vice President Joe Biden and former House Speaker John Boehner, both of whom are Catholic. The presentation took place without incident, but the controversy over the recipients still hung in the air.

The medal honors Catholics for “outstanding service to the church and society,” but many found Biden, a Democrat, to be an inappropriate awardee because his support for keeping abortion legal and for legalizing same-sex marriage clashed with church teachings.

Others found Boehner, a Republican, inappropriate because of his support for the death penalty, which the church also opposes.

NEXT: Another court weighs future of Trump travel ban