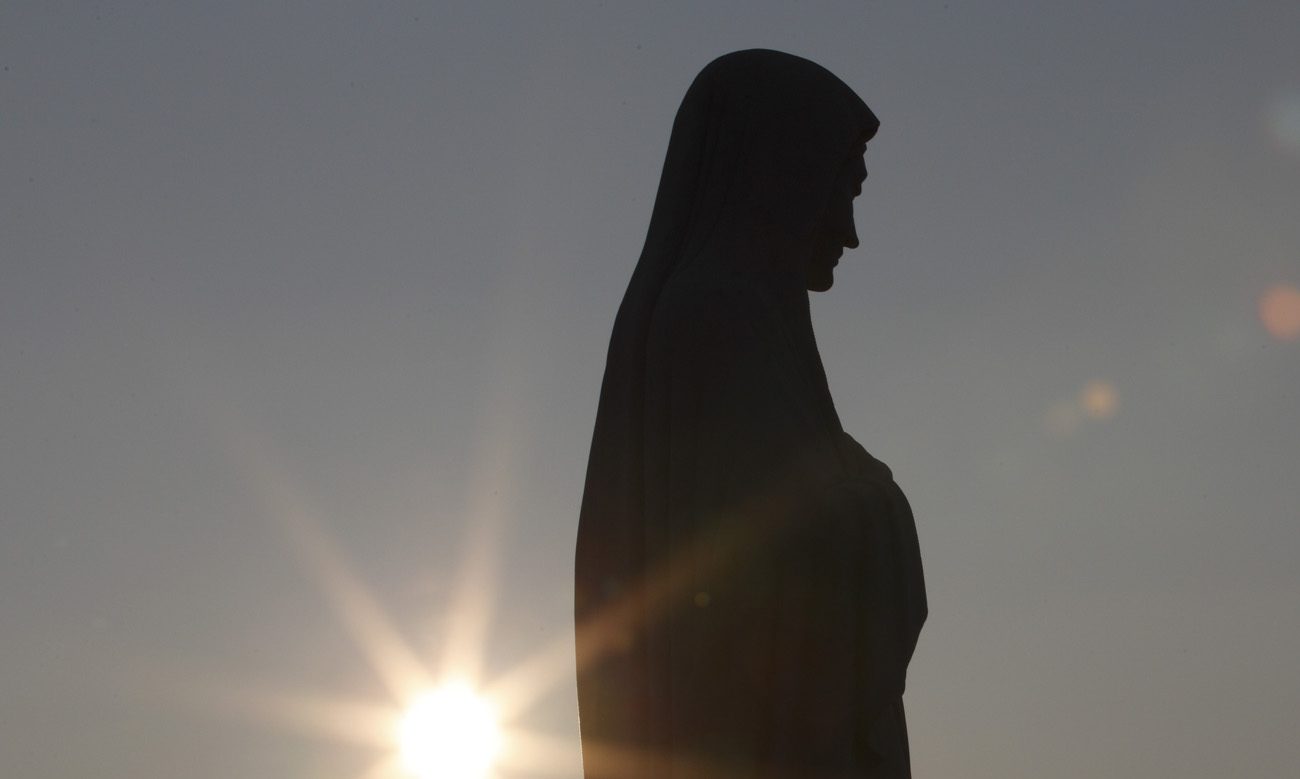 The sun sets behind a statue of Mary on Apparition Hill in Medjugorje, Bosnia-Herzegovina, in this 2011 file photo. (CNS photo/Paul Haring)

VATICAN CITY (CNS) — The commission that now-retired Pope Benedict XVI established to study the alleged apparitions of Mary at Medjugorje, Bosnia-Herzegovina, reportedly voted overwhelmingly to recognize as supernatural the first seven appearances of Mary in 1981.

However, according to a report published by the website Vatican Insider, the commission was much more doubtful about the thousands of alleged visions that have occurred since July 4, 1981, and supposedly continue to this day.

Two of the 17 commission members and consultants thought the alleged visions after the period of June 24-July 3, 1981, were not supernatural, while the other members said it was not possible to make a judgment.

The commission said it was clear that the six alleged visionaries and a seventh who claims to have begun receiving messages from Mary in December 1982 were not given adequate spiritual support.

Vatican Insider published its piece on the report May 16, three days after Pope Francis spoke about some details of the report to journalists traveling with him from Fatima, Portugal.

The Vatican press office May 17 declined to comment on the Vatican Insider piece.

Speaking to journalists May 13, Pope Francis said that, regarding the Medjugorje commission’s work, “three things need to be distinguished.”

The spiritual fruits of the pilgrimages, he said, are the reason why in February he appointed Polish Archbishop Henryk Hoser of Warsaw-Praga to study the best ways to provide pastoral care to townspeople and the pilgrims.

According to Vatican Insider, 13 of the 14 commission members present at one meeting voted to recommend lifting the Vatican ban on official diocesan and parish pilgrimages to Medjugorje.

The commission also recommended turning the town’s parish Church of St. James into a pontifical shrine with Vatican oversight. The move, the commission said, would not signify recognition of the apparitions, but would acknowledge the faith and pastoral needs of the pilgrims while ensuring a proper accounting of the financial donations pilgrims leave.

The commission’s role was to make recommendations to the pope; its report is not an official church judgment on the apparitions. Pope Francis told reporters May 13 that “in the end, something will be said,” but he gave no timeline.