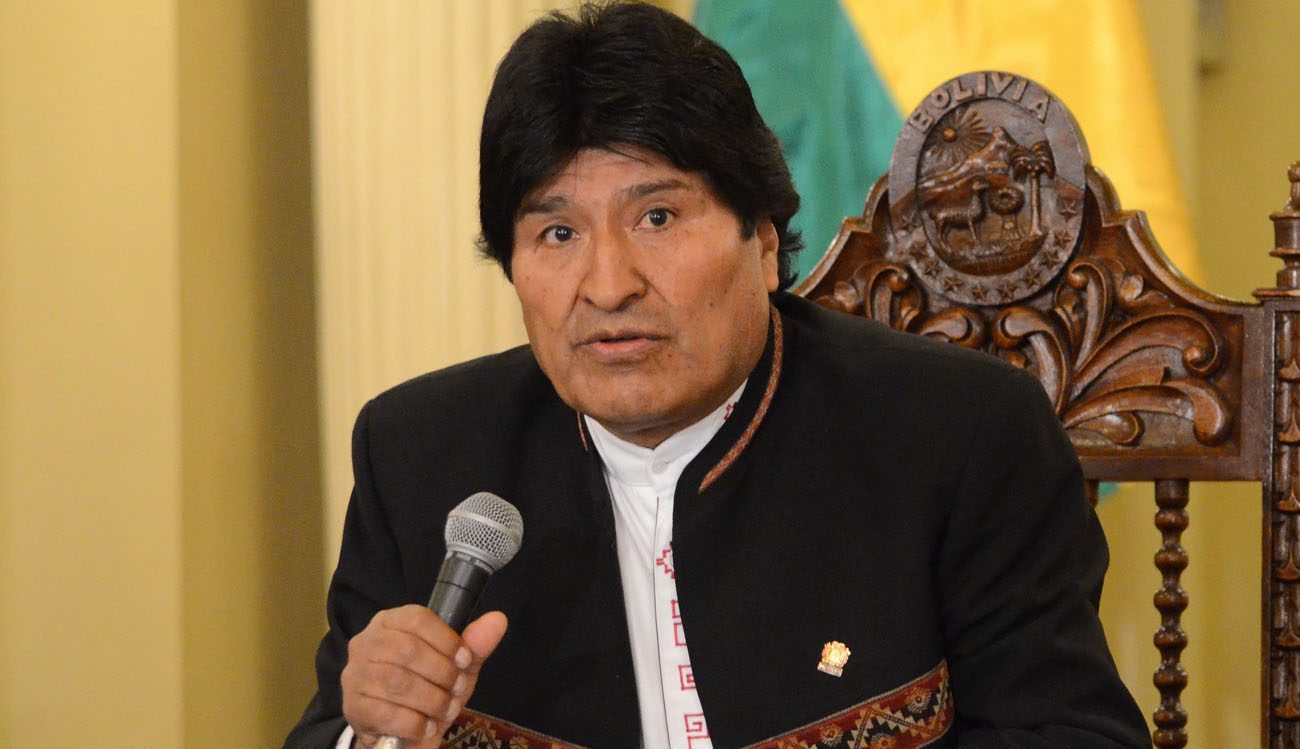 Bolivian President Evo Morales speaks during a May 10 news conference in La Paz. Morales has asked Pope Francis to intervene in the case of nine Bolivians who were imprisoned in neighboring Chile. (CNS photo/Bolivian Information Agency via EPA)

LA PAZ, Bolivia (CNS) — Bolivian President Evo Morales asked Pope Francis to intervene in a case of nine Bolivians imprisoned in neighboring Chile. Morales, who hosted Pope Francis on a two-day visit to Bolivia in 2015, asked for a papal envoy to be sent to calm what he claims to be rising tensions and a miscarriage of justice.

“I beg you to intervene in the best possible way to quickly resolve this case,” Morales said in a May 10 letter to Pope Francis. “Justice must conclude with the liberation of nine Bolivian functionaries.” He said those in prison were being “deprived of their human rights in Iquique, Chile.”

The nine Bolivians, including seven customs workers and two soldiers, were detained March 19 in a border area and accused of robbery, carrying weapons and importing contraband, according to the Jesuit-run news service Agencia de Noticias Fides, based in La Paz.

The Bolivian government says Chilean national police detained the nine citizens on Bolivian soil as they carried out anti-smuggling activities. Chilean officials contend the Bolivians had hijacked a bus.

Bolivia and Chile share a border of more than 400 miles, but do not have diplomatic relations. The sour relations are the product of a long history: Chile defeated Bolivia and Peru in the War of the Pacific in 1879 and seized a mineral-rich region of Bolivia, turning Bolivia into a landlocked country.

Access to the sea is a common call from Bolivia, but Chile considers the case closed.

Morales has tried to draw Pope Francis into the issue. He told the pope in a welcoming address July 8, 2015, in La Paz, Bolivia’s administrative capital, “You have arrived in a country mutilated by its lack of access to the sea,” and gave him a gift, the “Book of the Sea.”

Pope Francis responded by saying, “Dialogue is indispensable,” along with “building bridges instead of building walls.”

NEXT: Catholic leaders criticize Indonesia’s continued use of death penalty