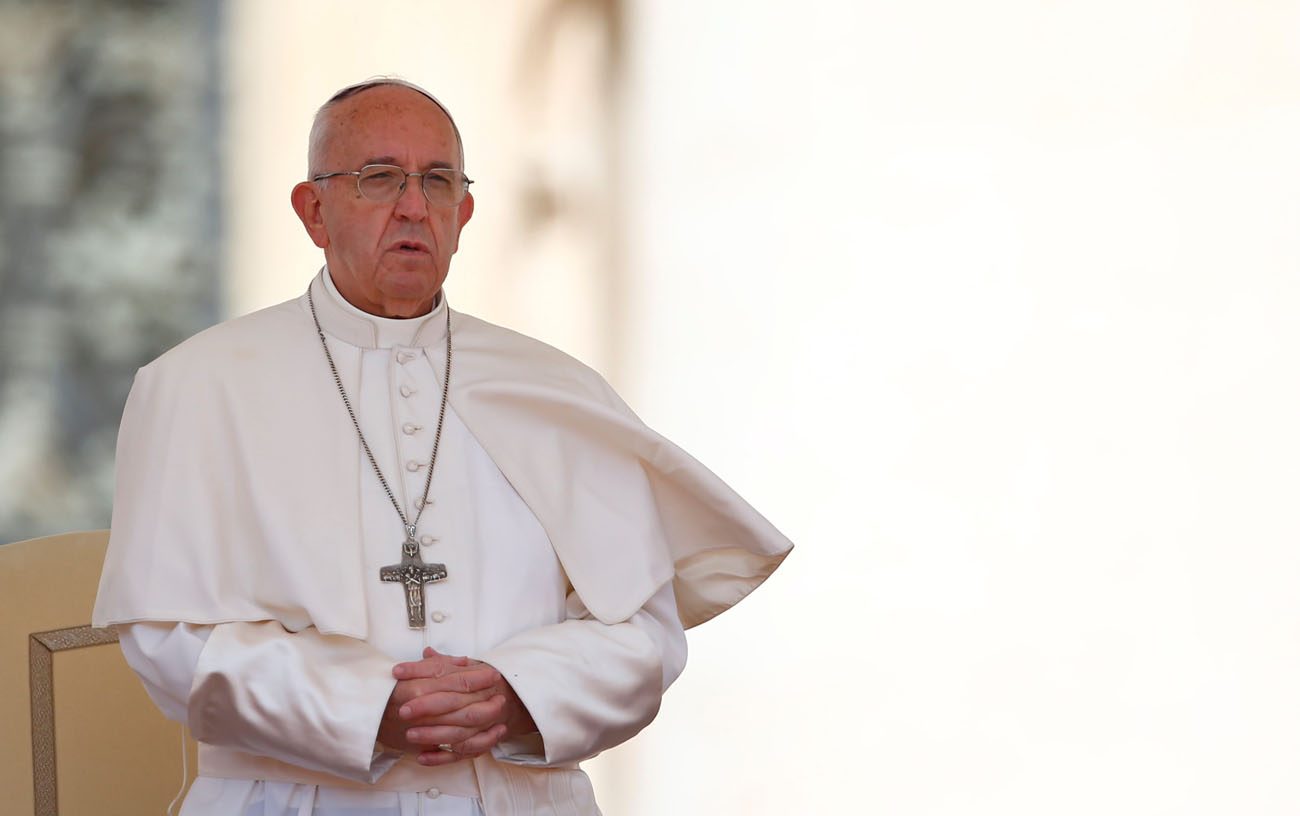 Pope Francis leads his general audience in St. Peter's Square at the Vatican in this May 10, 2017, file photo. (CNS photo/Tony Gentile, Reuters)

VATICAN CITY (CNS) — Faith is a journey guided by the Holy Spirit, who helps the church grow in understanding the sinful nature of once-accepted practices like slavery and the death penalty, Pope Francis said.

While people once even used religious reasons to justify practices such as slavery, the death penalty and “wars of religion,” over time the Holy Spirit has deepened the church’s understanding of the Gospel, the pope said May 11 in his homily during morning Mass at Domus Sanctae Marthae.

Reflecting on the day’s first reading in which St. Paul recounts God’s works throughout history, Pope Francis said the Lord “guides his people in good times and in bad times, through freedom and slavery.”

Like the people of Israel, he said, God also guides the church along the path toward the fullness of time “with many saints and many sinners; between grace and sin.”

It is those saints, some well-known and others who are “hidden,” who “clarify faith and clarify morals,” the pope said.

However, Christians who choose to stop along the path “become a prisoner in a stable, like a donkey,” and end up not deepening their faith and understanding God’s love in their own lives, he said.

Individually, he said, each person also is moving toward the fullness of their own time, the point when they die and come face to face with the Lord.

When Catholics go to confession, he said, they should consider not only the shame they feel for their sins, but they should recognize that confession as another step they need to make in preparation for meeting the Lord.

“Asking God’s forgiveness is not automatic,” he said.

By understanding their sins and asking God for forgiveness, Christians will discover that they are part of “a people on the way and that one day — perhaps today, tomorrow or in 30 years — I will find myself face to face with that Lord who never leaves us alone, who accompanies us on the way.”

“This is the great work of God’s mercy,” he said.

PREVIOUS: CELAM to release statement on Venezuela after hearing from its bishops