Catholics urged to work for ‘holiness of freedom, freedom for holiness’ 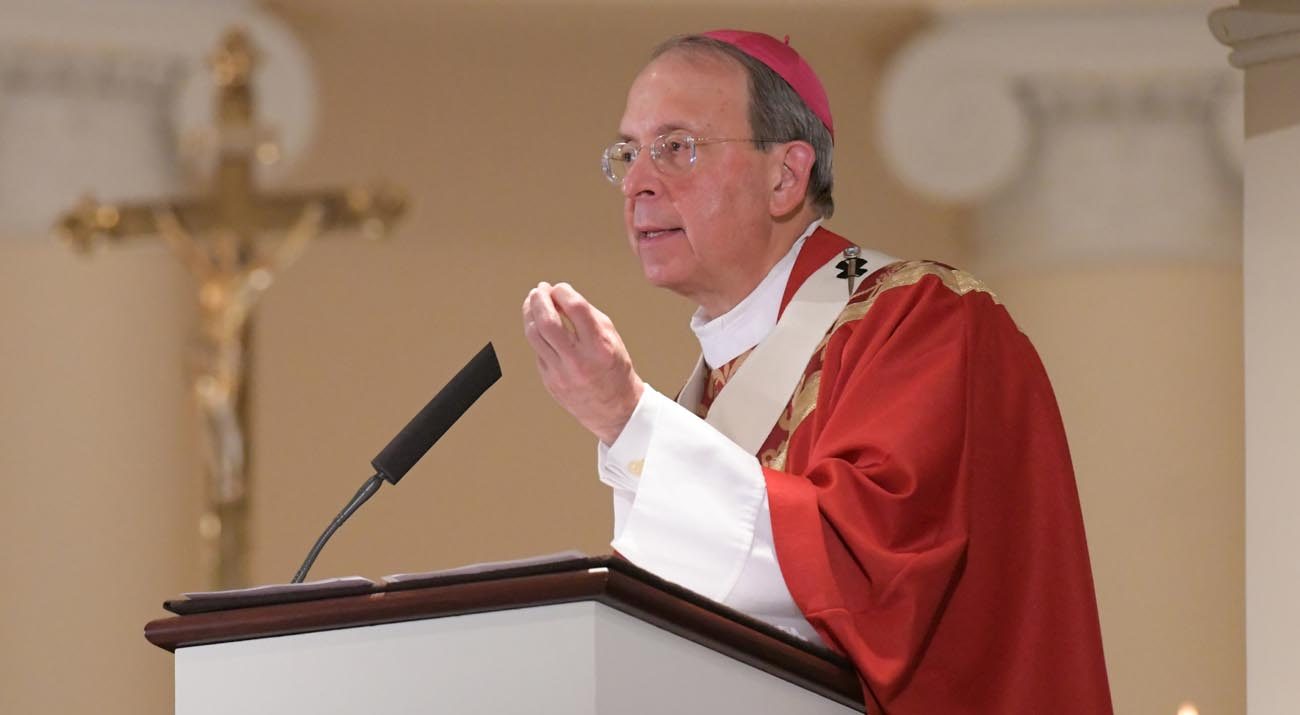 BALTIMORE (CNS) — When Henry VIII, as England’s reigning monarch, was declared “a defender of the faith,” the future “must have seemed so bright to Thomas More and John Fisher,” Baltimore Archbishop William E. Lori said in a homily June 21.

He described an England which “seemed to have been spared the painful divisions that racked the Catholic Church on the continent of Europe.” Under Henry, he said, “monastic life and learning were flourishing” while “ordinary Catholics showed their love and loyalty to the church.”

“Who could have imagined the severe test More, Fisher and English Catholicism would face in so short a time?” Archbishop Lori asked.

He was the homilist at the opening Mass of the U.S. Conference of Catholic Bishops’ Fortnight for Freedom, an annual observance highlighting the importance of religious liberty.

The Mass was celebrated on the vigil of the English martyrs’ shared feast day at the Basilica of the National Shrine of the Assumption of the Blessed Virgin Mary in Baltimore.

The aforementioned saints of the 1500s were, respectively, the lord high chancellor and the bishop of Rochester, both of whom had enjoyed peace and security as they faithfully lived their vocations. They lost their heads for refusing their assent to Henry as the “defender of the faith” when he declared himself head of the church.

While the West has not recently executed anyone for refusing to give up their beliefs, the archbishop borrowed Pope Francis’ phrase — “polite persecution” — to describe the burdens placed on schools, hospitals, employees, employers and other individuals and institutions that live and act according to their faith while navigating civil society.

Such fines, firings and threatened denials of accreditation indicate “kinship, solidarity with those suffering overt persecution round the world,” Archbishop Lori said.

“St. Thomas More and St. John Fisher fulfilled their mission of bearing witness to Christ in their time, their place, their circumstances,” he said. “Dear friends, we’ve gathered in prayer tonight asking to acquire in the power of the Holy Spirit, a greater measure of holiness, so that we too can use our freedom, not for ourselves and our own desires, but rather for Christ and the mission of spreading the Gospel far and wide.”

In far too many parts of the world, Archbishop Lori said the Catholic Church’s mission “is conducted amid raging persecution.” He cited a 2016 report from the University of Notre Dame, titled “Under Caesar’s Sword,” that chronicled the persecution of Christians in 25 countries around the world.

He said the “reality behind such statistics” is seen in the suffering of Christians and other religious minorities — including some Muslims, including Chaldean Christians “beheaded in Iraq simply for professing their faith” and Coptic Christians killed while praying in church on Palm Sunday.

“To be sure, we Christians in the West do not experience severe repression,” Archbishop Lori said, but in recent years there have been serious curtailments of religious freedom with regard to sexuality, marriage, and the sanctity of life.

The archbishop Lori noted that some have advised that Christians “withdraw from the fray.”

While he acknowledged the importance of rest and spiritual renewal, he once again turned to St. More and St. John Fisher, and urged Catholics to develop in their hearts “the holiness of freedom and freedom for holiness — an irrepressible spirit of freedom, courage and mission that no earthly power can take away from us.”

Those gathered for the Mass included members of the Catholic Business Association, Legatus, the St. Thomas More Society and the Catholic Medical Association. Their presence illustrated their solidarity and involvement with the Fortnight for Freedom.

“This kind of shows, to everybody, that we have to act on what we believe,” said Dr. Okan Akay, who recently completed his residency in internal medicine and had his hands blessed by Archbishop Lori following the Mass.

“It strengthens us in our ability to provide healing for people without having to go against what we believe in,” he told the Catholic Review, Baltimore’s archdiocesan news outlet.

Akay said there is increasing pressure in his line of work for those who would opt out of prescribing contraception or performing an abortion, for example. He was lightly mocked, he added with a shrug, for attending the annual March for Life in Washington.

Interestingly, it was an overt display of faith — ashes on foreheads — that initially drew Akay, a former Muslim, now a basilica parishioner, toward the Catholic Church.

The Fortnight for Freedom ends July 4. Archbishop Lori will celebrate another Fortnight Mass July 3 in Orlando, Florida, for the Convocation of Catholic Leaders.

Zygmont is a staff writer at the Catholic Review, the news outlet of the Archdiocese of Baltimore.