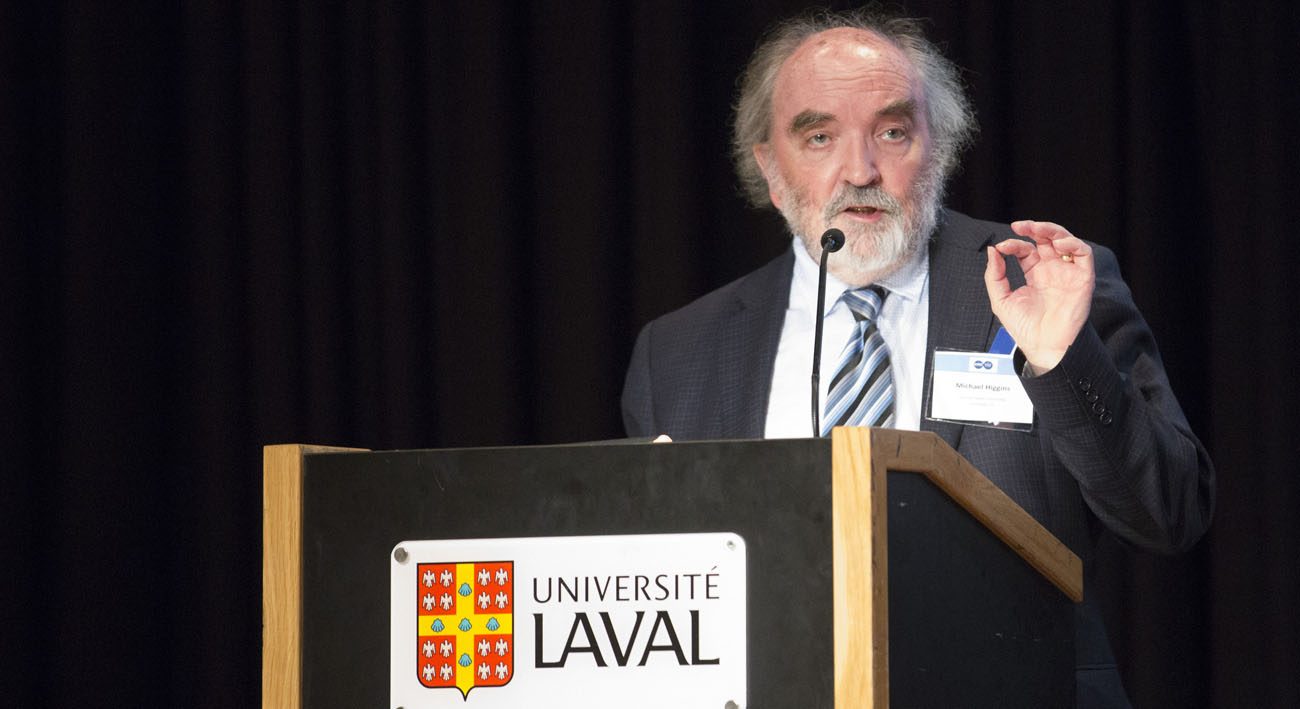 QUEBEC CITY (CNS) — During the June 21-23 Catholic Media Conference in Quebec City, participants who received tips throughout the four days on writing, marketing, taking photos and engaging in social media were also urged to go back to the basics and understand something simple: the importance of words.

Words are not there to be manipulated but to provide an opportunity of grace, said Michael Higgins, a Canadian author and distinguished professor of Catholic thought at Sacred Heart University in Fairfield, Connecticut.

The author and academic pointed out that people today are constantly barraged by a “tsunami of language” from the moment they get up and look at their phones or television screens with news tickers scrolling constant updates.

And because people are so inundated by words all the time, words that mean the most to them are those that are most authentic, he told Catholic communicators in a keynote address June 23.

“We need to renew the word, cleanse it and redeem it,” he told the group, pointing out that the Trappist monk Father Thomas Merton, a poet, was fully aware of this in his knowledge and respect for language and his realization that it could be used to “shake us out of complacency.”

Father Merton, held up as the ideal model for communicators today, “treasured the word,” said Higgins. “He didn’t massage it; he chose the right word because he knew that by doing so he reverenced it.”

If Father Merton were alive today, he undoubtedly would have something to say about fake news, too, because Higgins said the monk had “little stomach for the master manipulators of the language.”

The keynote speaker, who is the official biographer of Father Merton and Father Henri Nouwen, said a major part of Father Nouwen’s appeal was that he was authentic, something that people immediately can detect, he said, because they are “hungering for a voice that can speak to them.”

Catholic Media Conference participants were urged to take this same approach to their work in the modern world, even with deadlines and demands for hits on social media.

“We all work under pressure,” Higgins said during a question-and-answer period, noting that daily demands shouldn’t eclipse careful attention to words, which he said should be nurtured.

“Your craft is your integrity; it’s all tied into spiritual integrity,” he added.

Higgins emphasized that communicators should not just use language carefully, but they also should pay attention to how they consume it, especially in an age of so much polarization when people tend to read or watch what reaffirms their own beliefs.

For example, he said he tries to read a diverse spectrum of Catholic and secular news.

The danger is “when we protect ourselves and only watch what we like,” he said, which leads people to “form caricatures of other voices” equating them to strangers, foreigners and eventually enemies.

NEXT: Supreme Court will hear travel ban, allow some limits on immigration