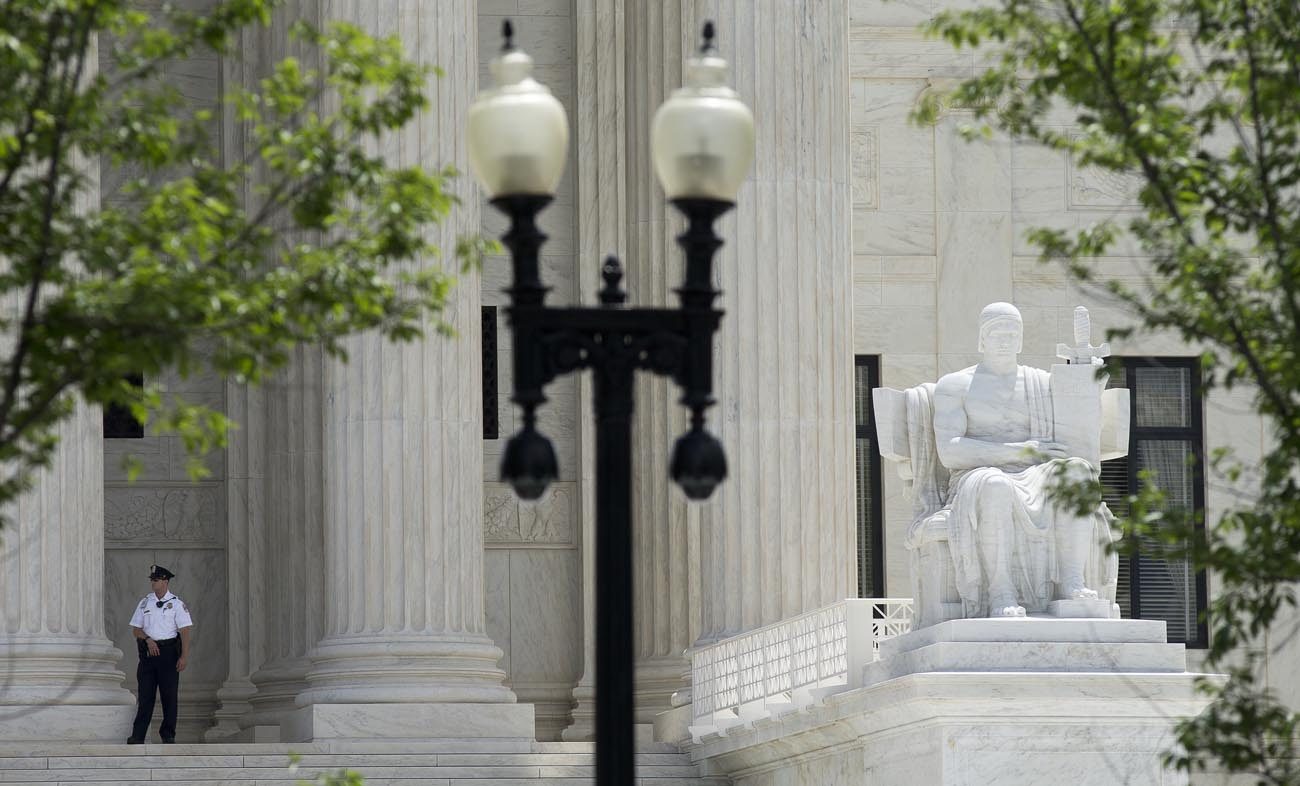 WASHINGTON (CNS) — The Supreme Court, in a 5-4 decision, said the state of Alabama erred in denying an indigent defendant now on death row a separate psychiatric evaluation that would assist in his own defense.

The ruling, issued June 19, overturned the 11th U.S. Circuit Court of Appeals’ decision in 2015 in the case of James McWilliams, and returned it to that court for further review.

In 1985, McWilliams was arrested and charged with the 1984 rape and capital murder of a store clerk in Tuscaloosa, Alabama. A month before his arrest, the high court determined in a ruling in Ake v. Oklahoma that the state was required to provide the defense with sufficient qualified personnel to conduct a separate psychological examination of an indigent defendant.

McWilliams was found guilty in 1986. For his sentencing hearing, he underwent psychological testing as requested by his defense attorneys, but the doctor’s report did not arrive in time to be reviewed before a death sentence was handed down.

In its ruling in McWilliams v. Dunn, the Supreme Court said the petitioner “did not receive that assistance” as outlined in the Ake ruling, thereby “denying his lawyer the opportunity to translate these data into a legal strategy,” said Justice Stephen Breyer, writing for the majority.

The Ake decision “requires that the state provide the defense with access to a competent psychiatrist who will conduct an appropriate examination and assist in evaluation, preparation and presentation of the defense,” Breyer said. “Even assuming that Alabama met the examination requirement, it did not meet any of the other three. No expert helped.”

The trial court in McWilliams’ case had ordered the state to convene a three-physician “Lunacy Commission,” to examine McWilliams’ mental health and file a report with the court, according to the majority opinion. That panel ruled McWilliams could stand trial, and the jury convicted him of capital murder. As he and his lawyers awaited the sentencing hearing, the opinion says, the defense team asked for “neurological and psychological testing of McWilliams.”

The court agreed. McWilliams was examined, and the doctor filed a report two days before the hearing. The day of the hearing, McWilliams’ lawyers received updated information from the earlier commission and requested additional time to review it. The judge gave the defense until 2 p.m. that afternoon, then at 2 p.m. denied McWilliams any further access to the defense lawyer and he was sentenced to death.

“Since Alabama’s provision of mental health assistance fell so dramatically short of what Ake requires,” the majority said, “we must conclude that the Alabama court decision affirming McWilliams’ conviction and sentence was contrary to, or involved an unreasonable application of, clearly established federal law.”

Justice Samuel Alito, writing for the four-member minority, said Ake was ambiguous on requiring the state to supply mental health experts to conduct a separate review.

“Catholic Mobilizing Network celebrates the SCOTUS ruling in favor of Alabama death-row inmate, James McWilliams as a great stride for life. With today’s decision, SCOTUS has reminded us of the responsibility we have to all the vulnerable in our society, particularly those who suffer from mental illness,” said a June 19 statement from Karen Clifton, the organization’s executive director.

“This ruling calls us all to demand equal and fair application of our criminal justice system and to hold states accountable to uphold a SCOTUS law that has ruled that those with severe mental illness have the right to properly and thoroughly be evaluated as a part of their trial,” Clifton said. “This decision emphasizes that states cannot independently come up with their own set of rules.”

“If you’re going to have a fight, it’s got to be a fair fight,” said Stephen Bright, McWilliams’ lawyer before the Supreme Court and senior counsel at the Southern Center for Human Rights.

“You can’t have the government and all its resources up against a poor guy who doesn’t have anything except for a court-appointed lawyer, especially if it hinges on a lot of mental-health issues he doesn’t know anything about,” he told Catholic News Service, adding that “quite possibly” the original outcome in McWilliams’ case “would have been different if the Alabama court had applied the principles of the Ake decision.”

Bright is now 4-0 on death-penalty cases he’s argued before the Supreme Court, although he told CNS that the McWilliams case was the toughest yet.

“The court is so caught up in Alito’s opinion, caught up in trying to trip people up on each little thing,” he said. “It’s not justice. You’ve got to do what Breyer did and get to the merits of it.”

He added he expects a new tangle at the appellate court. “Justice Alito spent quite a bit of ink explaining how they can still screw him,” Bright said. “I expect the state to argue that it was still harmless error.”

No date had been set for the execution of McWilliams, 60, who is African-American. Bright said his colleagues had talked to McWilliams, and “he’s pretty much overjoyed (about the ruling). … This is a great relief.”