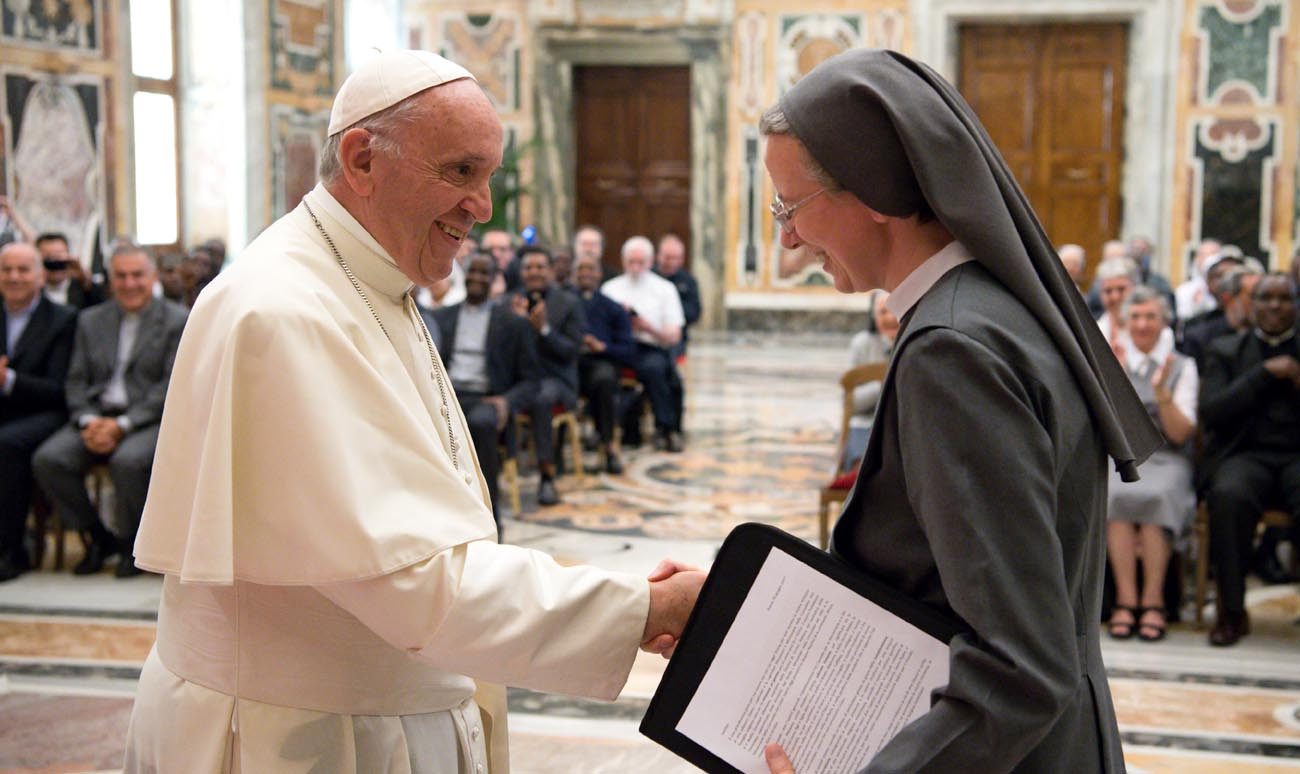 Meeting with members of the Consolata Missionaries at the Vatican June 5, the pope also encouraged them to push the boundaries of their missionary activity, especially in “defending the dignity of women and family values.”

“You are called to further your charism, to project yourselves with renewed zeal in the work of evangelization, in view of pastoral urgencies and new forms of poverty,” he said.

Founded by Blessed Giuseppe Allamano, both the men’s and women’s congregations aim to evangelize in remote areas of the world and form Christian communities.

Consolata missionaries want to bring the world true consolation, which is found in Jesus and his Gospel, according to the order’s website. They carry out their mission by being with marginalized and abandoned people, comforting the suffering and the afflicted, caring for the sick, defending human rights and promoting justice and peace.

Pope Francis urged both congregations to carry out their work with “careful discernment” and to bring “comfort to the populations who are often marked by great poverty and acute suffering, as for example in many parts of Africa and Latin America.”

“An increasing awareness” of God’s mercy, he added, can help them carry out their mission. “It is much more important to be aware of how much we are loved by God, than of how we love him ourselves!” he said.

A journey of the “progressive rediscovery of divine mercy,” the pope said, can help consecrated men and women imitate Christ’s virtues in their missionary work.

“This will enable you to be actively present in the new arenas of evangelization, favoring — even if this may lead to sacrifices — openness toward situations that, with their particular needs, reveal themselves to be emblematic for our time.

Pope Francis encouraged them to continue along the path of Blessed Allamano, who served those in need with generosity and hope.

“May your missionary consecration always be a source for the life-giving and sanctifying encounter with Jesus and with his love, wellspring of consolation, peace and salvation for all humanity,” he said.

NEXT: Priest advocates for Indian children whose parents live with HIV