Priest advocates for Indian children whose parents live with HIV 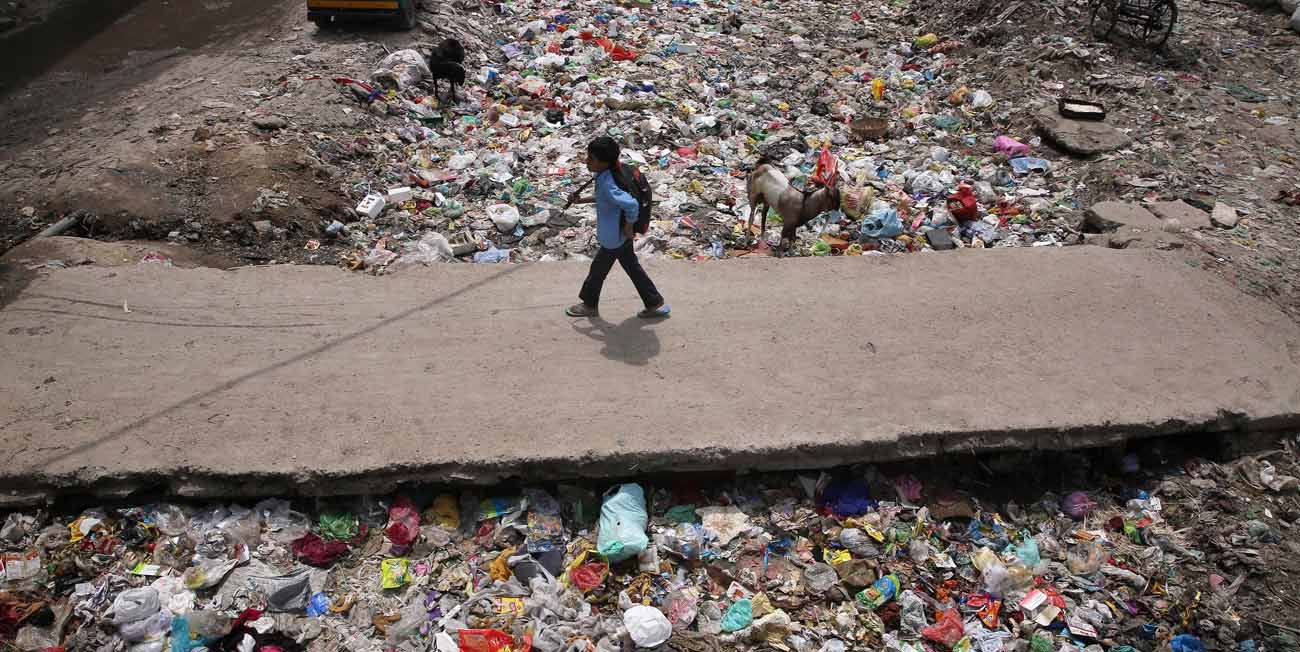 A child walks across a drain filled with garbage in New Delhi in this April 22, 2017, file photo. A priest in the north Indian state of Rajasthan is fighting to end discrimination against children whose parents live with HIV, the virus that causes AIDS. (CNS photo/Rajat Gupta, EPA)

BHOPAL, India (CNS) — A priest in the north Indian state of Rajasthan is fighting to end discrimination against children whose parents live with HIV, the virus that causes AIDS.

Father Jerish Antony is funding the education of 218 children whose parents have HIV as part of a program run by the Diocese of Ajmer.

Father Antony, who is the director of the diocesan social service center, told ucanews.com that his original mission “was to take care of people with the disease who found it difficult to sustain themselves because of the discrimination they faced.”

His work began in 2009 when he met a couple who were not aware that a local government hospital could give them free treatment for HIV.

“They were chased away from their home after they tested positive,” Father Antony said. “As they were weak and unable to get medical help, I helped them get treatment.”

The priest started a temporary home for people with HIV at the diocesan headquarters in Ajmer.

“We don’t keep anyone here permanently and only help them get medical help. Once they regain their health, we ask them to go back to their respective villages,” he said. Patients though can return any time.

Working with patients, Father Antony noticed the discrimination faced by their children, especially in education.

“The children of people living with HIV were not even allowed to attend classes in schools,” he said.

The priest initially identified 14 children, including dropouts, whose parents were living with HIV and started sending them to schools and arranging funds for their education.

He said children with HIV are shifted to another home in Jaipur, the state capital, where they get proper treatment along with education, food and accommodation.

Rakesh Singh, whose name was changed for this story because of the discrimination, is one such child who is pursuing studies in engineering from a college in Jaipur. Now 19, he lost his father to AIDS 12 years ago.

“When my father died and my mother tested positive for HIV, I thought I would never be able to go to school again,” he said.

The same was true for Sharat Singh, whose father died of AIDS when he was 5. His mother, Meera Bai, who also was diagnosed with HIV, lost her job at a nongovernment organization. Both of their names were changed for this story as well.

Sharat Singh, who wants to be a police officer, has taken a re-admission exam so he can return to school after he spent years caring for his mother.

“After the death of my husband, nobody from the family came forward to help me and my children. I could not afford quality education for my children due to poverty,” Bai said.

Father Antony found local donors to help fund the education of the children and works with local private schools to spread awareness among children about HIV and AIDS.

The priest also installed collection boxes in hotels and other public places to gather donations.

“We do not reveal the identity of the children to avoid social stigma,” the priest said, adding that the school principals, however, are informed about their situations.

India reported 196,000 new HIV infections in 2015, bringing the total to nearly 3 million people, according to a report published in The Lancet, a medical journal.

UNAIDS, the Joint United Nations Program on HIV/AIDS, estimated that about 2.1 million people live with HIV in India. The agency said about 68,000 people in the country died of AIDS in 2015.