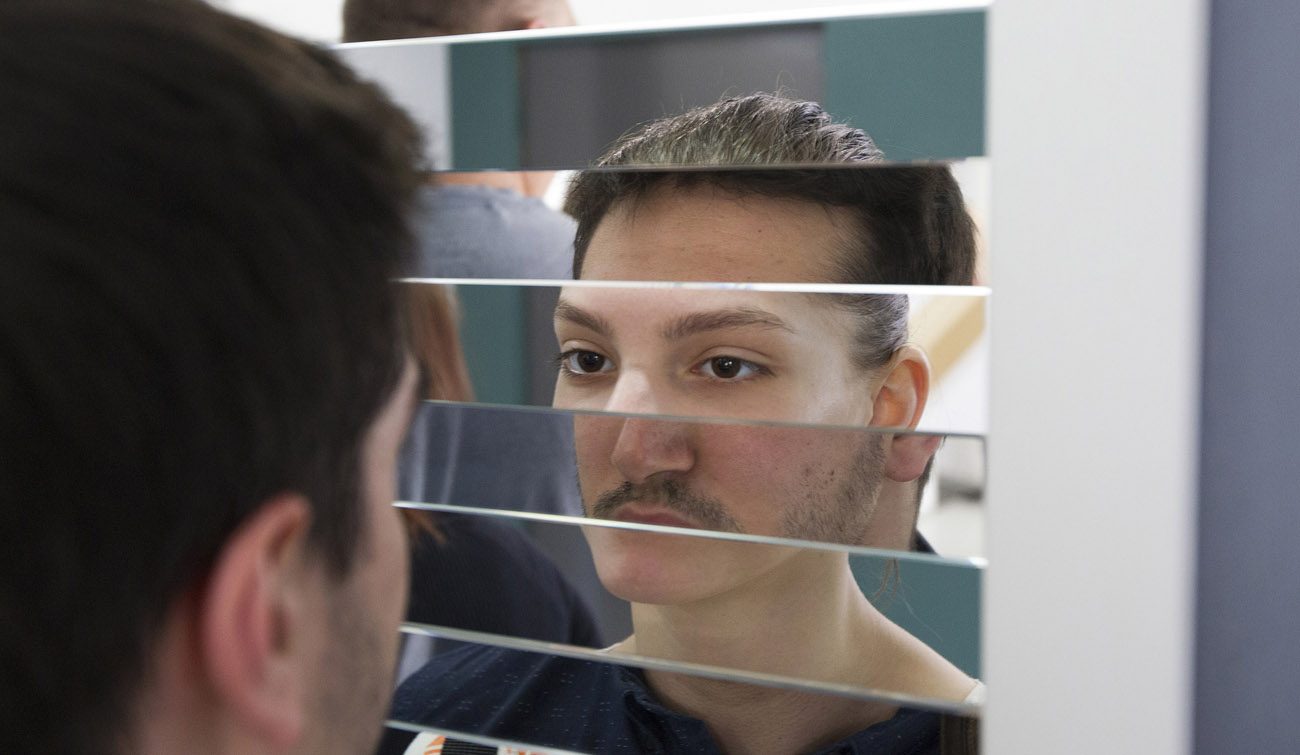 People look at each other at the Museum of Illusions in Zagreb, Croatia, May 6, 2016. Pope Francis asked Christians to pray at his early morning Mass June 6 so that they may "not fall into this vice of hypocrisy," which applies the "makeup" of adulation to mask "bad intentions." (CNS photo/Antonio Bat, EPA)

VATICAN CITY (CNS) — The diabolical language of hypocrisy, which ensnares others through flattery, has the power to destroy Christian communities, Pope Francis said.

Like the Pharisees who spoke to Jesus with soothing words of adulation, Christians who engage in hypocrisy speak gently yet “brutally judge a person,” the pope said June 6 at his early morning Mass.

In his homily during the Mass in the chapel of the Domus Sanctae Marthae, the pope focused on the day’s Gospel reading from St. Mark, which recounts the Pharisees’ attempts to trick Jesus into answering a question on the legality of paying a census tax.

Their attempt to trap Jesus with flattery, the pope said, is the first sign of their hypocrisy.

“Hypocrites always begin with adulation,” he explained. Adulation is “not saying a truth; it is exaggerating, it makes vanity grow.”

Jesus’ answer that they “repay to Caesar what belongs to Caesar,” the pope said, reveals that he can see beyond their duplicitous nature, and that he “responds to hypocrites and ideologues with reality.”

“Let’s remember this: If it begins with adulation, it can only be answered with reality. ‘Do not come to me with these stories: This is the reality,'” he said.

In the end, the pope added, hypocrisy is the devil’s way of speaking and the devil is the one who puts “forked tongues” into a community in order to destroy it.

Pope Francis asked Christians to pray so that they may “not fall into this vice of hypocrisy,” which applies the “makeup” of adulation to mask “bad intentions.”

Christians, he said, should pray, “Lord, may I never be a hypocrite, may I know how to say the truth and if I cannot say it, to be quiet. But never, never a hypocrite.”

NEXT: Philippine religious superiors call for end to martial law in Mindanao