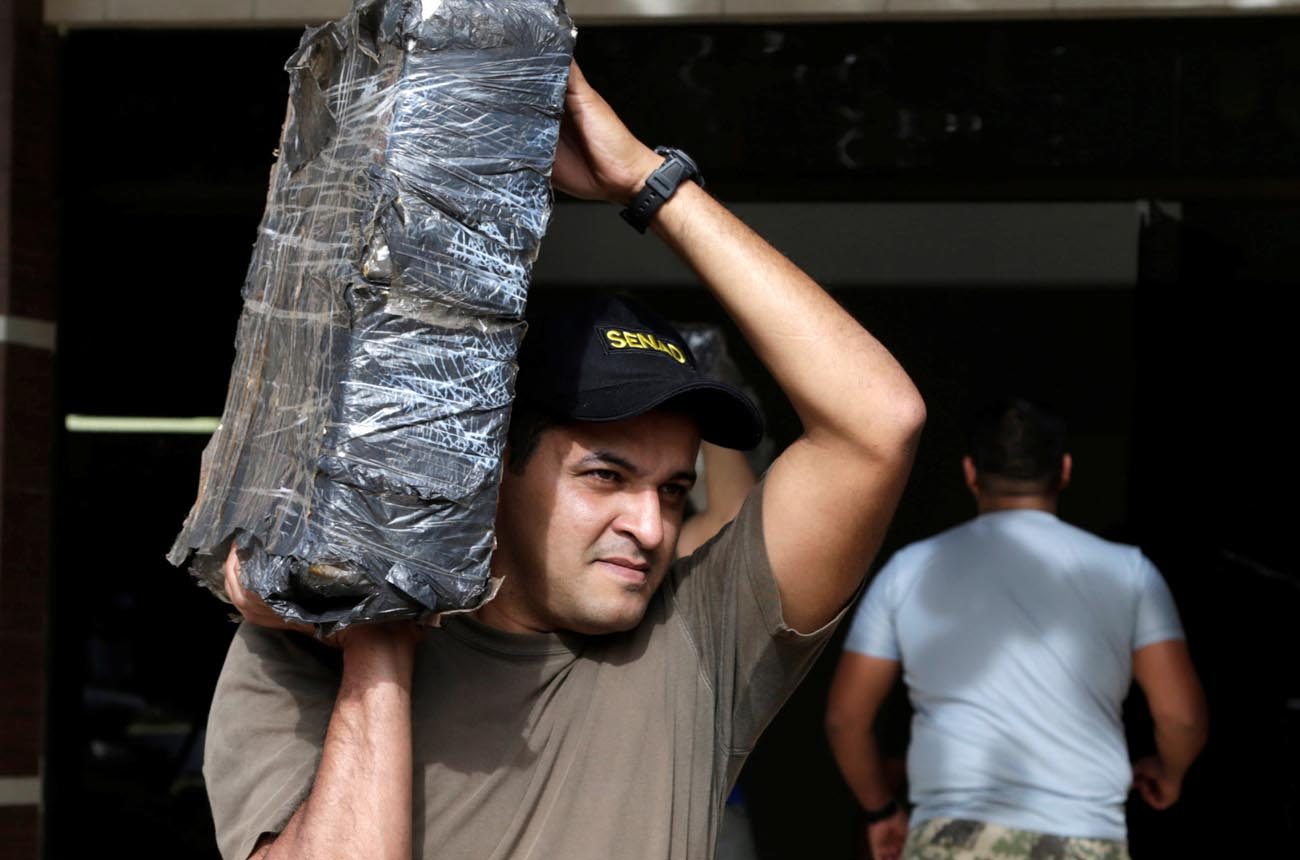 A soldier from Paraguay's National Anti-Drug Secretariat carries a package of evidences June 15 after following an operation that led to the seizure of marijuana in Asuncion. (CNS photo/Jorge Adorno, Reuters)

VATICAN CITY (CNS) — While some countries continue to debate the legalization of marijuana, its effects and impact on possible dependency need to be further understood, said the head of the Vatican Dicastery for Promoting Integral Human Development.

Ghanaian Cardinal Peter Turkson said that while scientific studies on the therapeutic uses of marijuana must be evaluated, the ongoing “lively” debate on its legalization for possible therapeutic uses “tends to neglect any ethical judgement of the substance, in itself negative like with any other drug.”

“We find ourselves facing a scenario of dependencies that has changed profoundly in recent years; drugs have become a consumer product that has become compatible with daily life, with recreational activity and even in the pursuit of health,” he said.

The letter, published by the Vatican June 26, commemorated the United Nations’ International Day Against Drug Abuse and Illicit Trafficking.

Cardinal Turkson said the international day drew attention to a continuing phenomenon made up of “a shameful market that crosses national and international borders, interwoven with the Mafia and drug traffickers.”

However, before coming to any decisions in these debates, the international community must first look at the what is happening in relation to the use of marijuana, “related damage and the impact of regulatory policies,” all of which push illegal markets to develop products solely for consumption.

For example, he said, the legalization of gambling, even “with the intent of unmasking criminal management, eventually increased the number of compulsive gamblers.”

Additionally, he added, the tax levied by the state should be considered to be incompatible with any ethical considerations and contradictory to prevention.

Indifference and “indirect complicity” toward the addiction to drugs and illegal substances, Cardinal Turkson said, contribute to the public and local governments to turn a blind eye to the seriousness of the problem.

For this reason, he said, education about the effects of drugs is important, especially for young people, who often face not only “intense moments of discovery and curiosity,” but also “depression, apathy and behaviors that symbolically or truly place their lives in danger.”

Cardinal Turkson said that aside from adequate measures of prevention and drug treatment, love and a “spiritual vision of existence” that is open to encountering others “is the greatest educational legacy that we must pass down to generations now more than ever.”

“On the contrary, dependencies will contribute to the killing of humanity because we know well that he who does not love is not even capable of loving his neighbor,” he said.