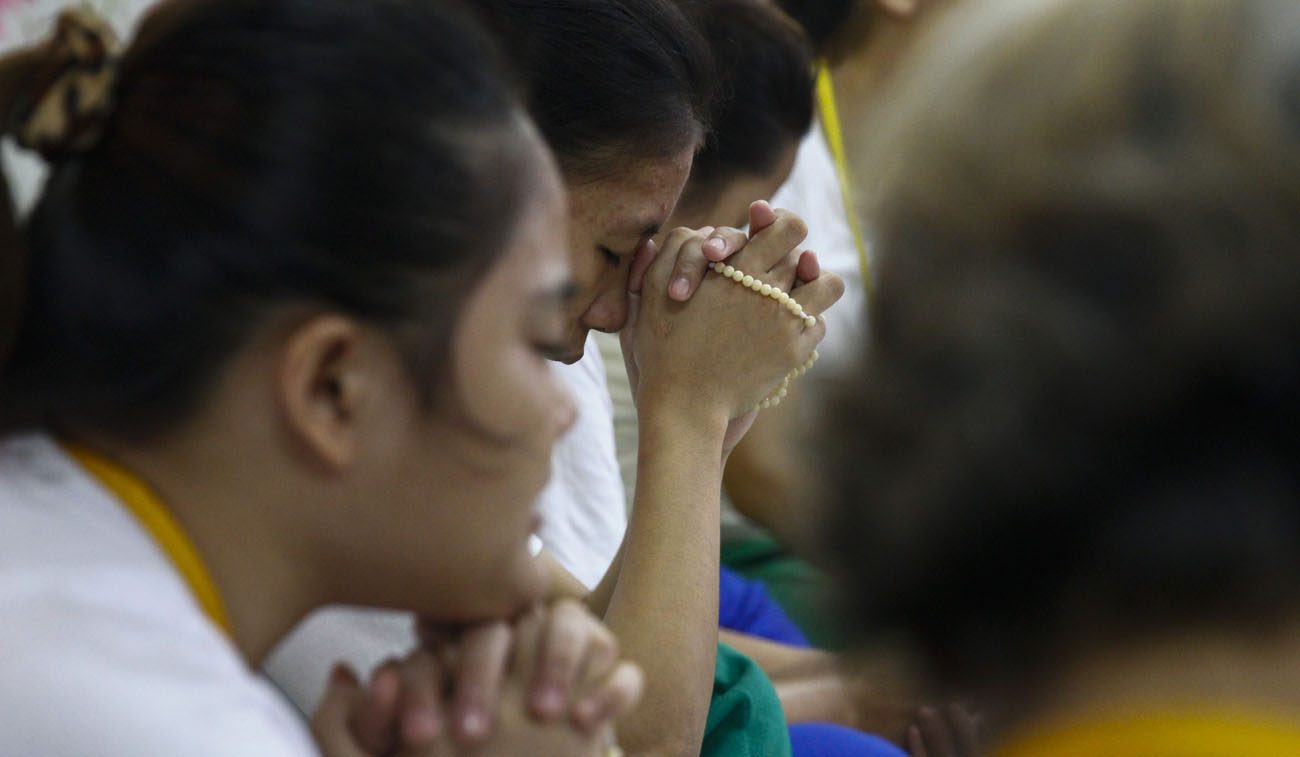 Filipinos in a drug rehabilitation program pray in Manila. The Catholic Bishops' Conference of the Philippines has been critical of President Rodrigo Duterte's administrations "war on drugs" and says it has received pushback with fake news on social media. (CNS photo/Rolex Dela Pena, EPA)

MANILA, Philippines (CNS) — The head of the Philippine bishops’ conference warned the faithful against “fake news” and “alternative facts,” reiterating the bishops’ concerns over misinformation they say is being spread mostly online, particularly on social media.

He said misinformation is hampering sound decision-making, “many times with disastrous long-term consequences to persons and to communities.”

“Sadly, we see this happen today,” he said. “There are persons who have given themselves to the service of reporting what never happened, concealing what really happened, and distorting what should be presented in a straightforward manner.”

Msgr. Pedro Quitorio, media office director of the Catholic Bishops’ Conference of the Philippines, told Catholic News Service that, since the beginning of the year, the conference has had a “continuing concern” over the spread of fake news in the country.

He said criticism of the conference in social media “started when we, especially CBCP News, went very aggressive against the legislation of the Reproductive Health Bill (in 2012) … but the peak came with the assumption of (President Rodrigo) Duterte into office. Most of these are found in the Facebook comments of CBCP News Facebook page.”

Archbishop Villegas has been a regular subject of social media criticism from the Duterte family.

The conference has been critical of the Duterte administration’s “war on drugs,” which began when he took office a year ago. The campaign has resulted in more than 7,000 mostly poor people killed in both police anti-drug operations and unexplained deaths. The bishops also have been very outspoken about the administration’s push to reinstate the death penalty in the Philippines.

The president’s approval ratings remain high, with some media analysts attributing the numbers in part to regular social media posts of supporters — whether paid, computer-generated or genuine — and strong online criticism of those who disagree with the administration.

Following the conference’s January plenary session, the bishops’ Commission on the Laity website published a “partial list” of 29 of what it deemed fake websites, news sites and blogs.

Archbishop Villegas said the Catholic faith “obliges us to refrain from patronizing, popularizing and supporting identified sources of ‘alternative facts’ or ‘fake news’ (and) to rebut and refute falsehood whenever they are in possession of facts and of data.”

He also exhorted the faithful to “refuse to be purveyors” and stop the spread of fake news, whether online, in face-to-face conversation or any other form of public communication. Archbishop Villegas also urged them to know how to spot sources of fake news and let others know about them.