A different type of immigrant: Boston parish ministers to Brazilians 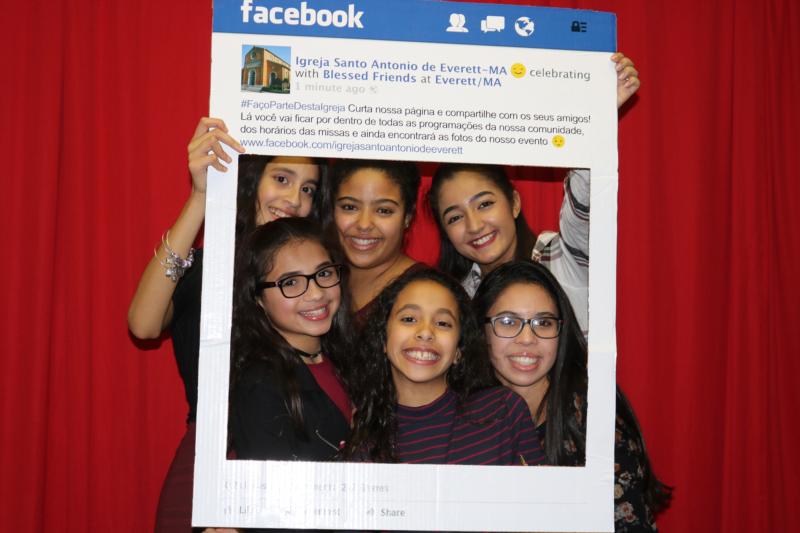 VANCOUVER, British Columbia (CNS) — When Blessed John Baptist Scalabrini founded the Missionaries of St. Charles in 1887, he intended his priests to minister to Italians emigrating to America. He would not have imagined more than a century later that his priests would be working in the United States to welcome Hispanic, Brazilian and Caribbean migrants.

Father Carlos Barbosa, a Scalabrinian priest originally from Brazil, was sent to St. Anthony of Padua Parish in Everett, Massachusetts, to help minister to the Brazilian community. He spoke to Catholic News Service while attending a meeting of Scalabrinian priests in Vancouver.

“We are the second-largest Brazilian parish (in the Archdiocese of Boston),” said Father Barbosa.

Nine hundred families called the parish home. Of those, 400 are Brazilian families; the rest are Italian, Hispanic or American.

Father Barbosa said two different waves of Brazilian immigration were reflected in the demographics of the parish.

“There was a long-established Brazilian community in the parish, but in the last two years or so we have noticed a lot of new faces in the congregation.”

Both recent and long-settled immigrants faced challenges that would need material and pastoral care.

To serve both long-standing and newer immigrant parishioners, the Scalabrinians had established a community center as part of the parish. Access to the center was also opened to all Hispanic and Brazilian migrants in the area.

“The center is run by a religious sister and three or four staff,” said Father Barbosa. “They have a food bank, they help people sign up for free medical care, and they help people find legal help when they need it,” he added. Between 30 and 40 people would pass through the center every day.

Father Barbosa said some of more recent immigrants who came to the U.S. without legal immigration papers had paid as much as $30,000 for someone to get them into the U.S. via the Bahamas. Once in the country, they had to work three jobs to pay off that debt and could not work in their chosen profession. Others — married in the church — had legally divorced a spouse in Brazil in order to marry a U.S. citizen for a green card and planned to remarry their Brazilian spouse once they had a green card.

“People in that situation often come looking for the sacrament of confession, because they are carrying around guilt and they are looking for solutions. We can’t burden them with more guilt,” he said.

Many of the immigrants Father Barbosa worked with lived in constant fear of being discovered and deported.

“In Massachusetts, you need to have a social security number to get a driver’s license, but they don’t have one and need to drive to get the better jobs. So they drive without a license, and they’re always afraid of being pulled over,” he said.

Brazilians who had been in the United States longer face challenges connecting with their children, he said.

The cultural gap and lack of connection with their parents led to several problems for those children.

“We do a three-day weekend retreat for these young people in our parish. During the weekend, we talk about sexuality, drugs and suicide. These are 14-year-olds and they are already experiencing these three things. We try to help them feel loved by God and understand that their lives have value,” said Father Barbosa.

The priest said there was also a high prevalence of alcoholism and drug abuse among immigrant men. “I’m talking about good, hard-working men. During the week they accomplish their duties and then, on the weekend, turn to alcohol and drugs. It becomes their only gratification.”

Among women between the ages of 35 and 45, “we see a lot of cases of depression,” Father Barbosa said. Often women carried “the weight of everything” on their shoulders as they tried to provide financially for their family and care for their children. The stress often led to the breakdown of marriages. “We see many cases where the spouses live together in the same house, but they live in separate rooms and have separate lives.”

For immigrant facing those challenges, the parish and community center had become a place of refuge. Father Barbosa said people often told him “here everyone understands me.”

NEXT: Braxton: Micah’s words on justice, love must be ‘written in our hearts’