After quake, some Philippine communities need to be relocated 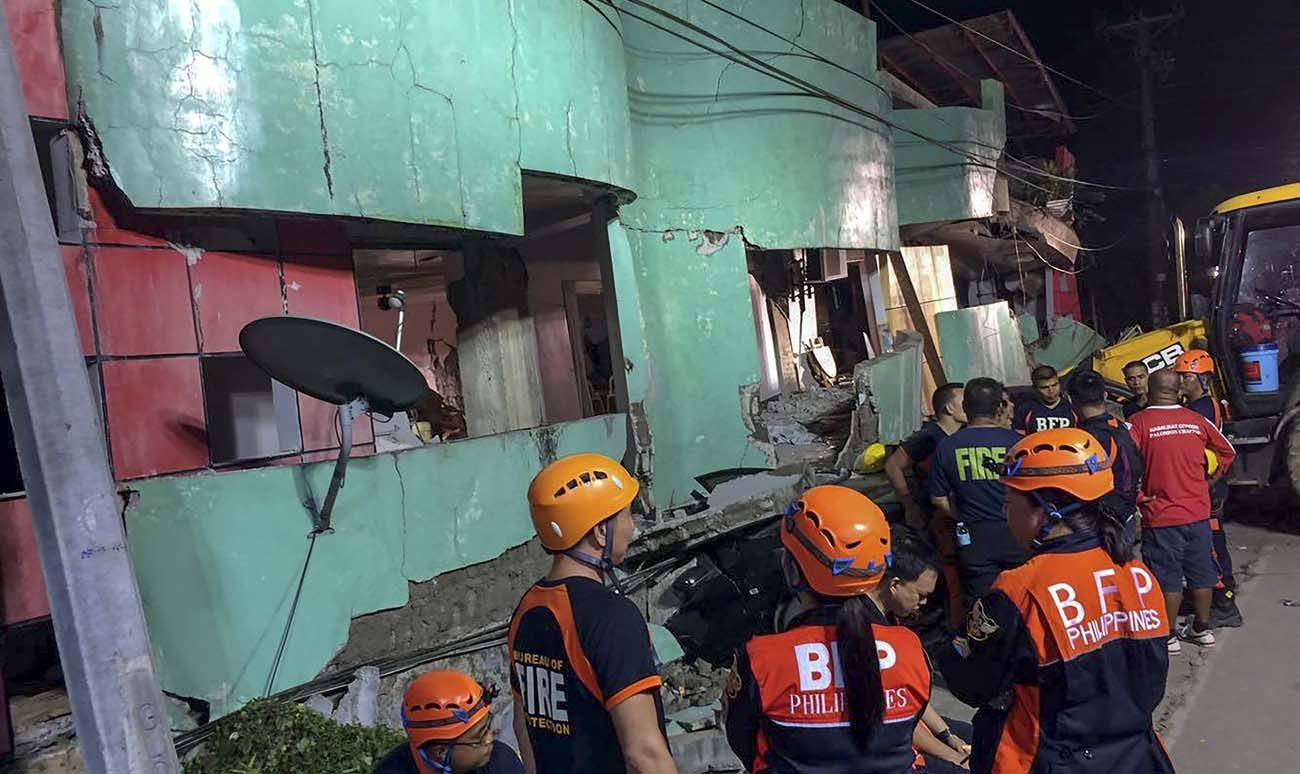 Rescuers view a damaged building following an earthquake July 6 in the Philippine province of Leyte. A week after the magnitude 6.5 earthquake hit the province, hundreds of residents continue to live in temporary shelters. (CNS photo/Ahyeng Gauit, EPA)

MANILA, Philippines (CNS) — A week after a magnitude 6.5 earthquake hit the central Philippine province of Leyte, hundreds of residents were still living in temporary shelters.

While donations continue to pour in, church leaders at the forefront of relief efforts worry about the displacement of communities, reported ucanews.com. The quake hit areas that were only beginning to recover from the devastation caused by Typhoon Haiyan in 2013.

“Some communities have to be permanently relocated, especially those living along ridges, cliffs and around the lake,” Claretian Father Larry Lorenzo told ucanews.com.

The government already has placed the city of Ormoc and the town of Kananga, the two most badly hit areas, under a state of calamity. Two people were reported killed, while more than 300 were injured.

Authorities said some 400 families in the village of Lake Danao must be moved permanently to another area. At least two villages are directly over a fault line.

The social action arm of the Palo Archdiocese reported that more than 500 individuals continue to live in tents around Lake Danao.

“We are pitching tents on open ground,” Father Lorenzo told ucanews.com. “I woke up due to a strong tremor at one in the morning.”

The church relief organization Caritas listed nearly 4,000 families affected by the earthquake. Some 995 houses were destroyed while another 2,328 were partially damaged.

“One problem is sanitation. … There are no toilets in the tent city,” said the priest, adding that it would take some time to build a relocation site.

“These people will not be returning to their homes, it’s no longer safe,” he said.

NEXT: Archbishop: Brazil trying to undo protections for indigenous peoples