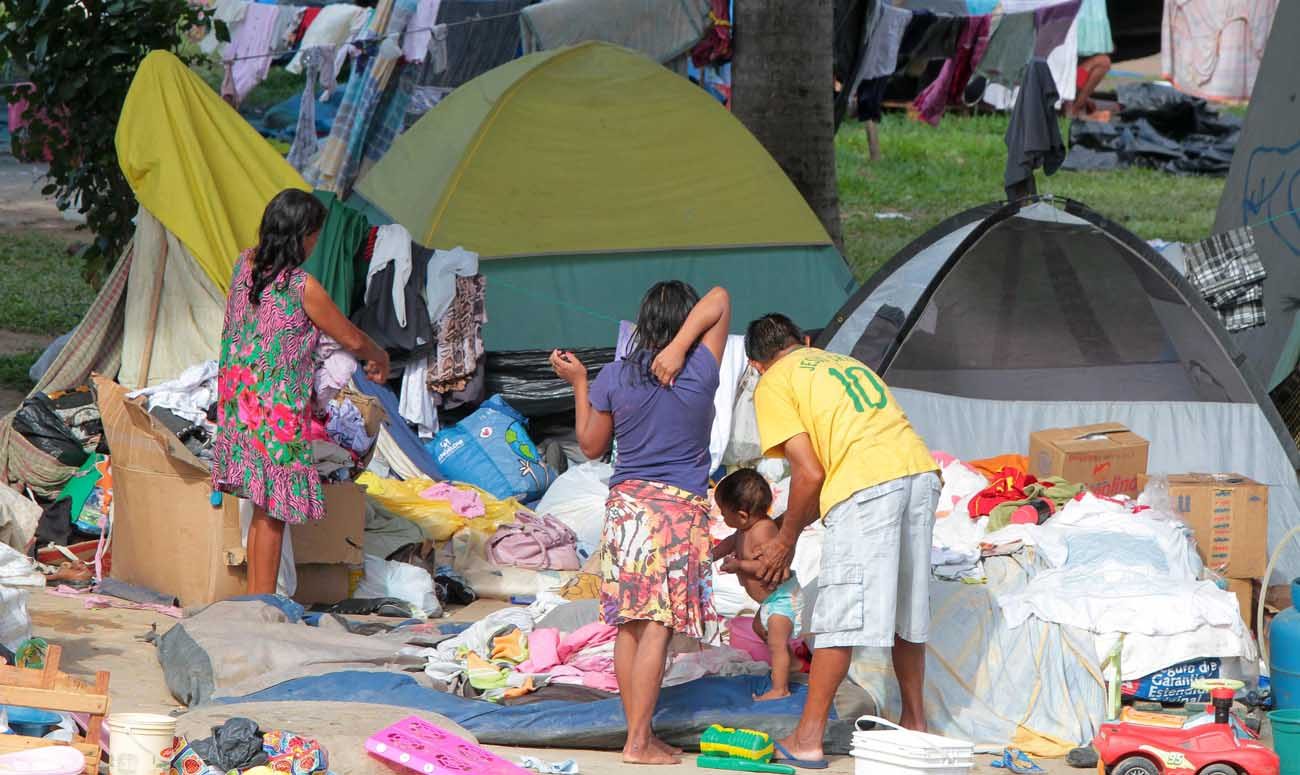 MONTREAL (CNS) — The Brazilian government is working to undo constitutional protections for indigenous peoples, the president of the bishops’ commission on indigenous peoples told Catholic News Service as he vacationed in Canada.

“In the 1980s, we helped to draft the articles in the 1988 constitution that recognize the culture of the indigenous peoples and set out protection of their lands by demarcation,” said Archbishop Roque Paloschi of Porto Velho. “Today, we are struggling to keep those protections in place.”

Archbishop Paloschi is president of the bishops’ Indigenous Missionary Council, known by its Portuguese acronym CIMI.

CIMI was formed in 1975 — during Brazil’s military dictatorship, which ended in 1985 — to accompany the country’s indigenous peoples, who have dwindled from 5 million at colonization by the Portuguese to under a million, belonging to 240 different ethnic groups.

Archbishop Paloschi spoke in Montreal one month after international experts warned that Brazilian indigenous peoples are under attack and that they need strengthened protection, rather than erosion of protective measures. Three experts from the U.N. and the Inter-American Commission on Human Rights pointed out in a June statement that, over the last 15 years, Brazil has seen “the highest number of killings of environmental and land defenders of any country,” with an average of one a week killed. Many of those defenders are indigenous peoples, who live off the land.

On July 13, the U.S.-based nongovernmental organization Global Witness released a report citing Brazil as the country with the highest number of murders of environmental and land defenders in 2016; 49 such activists, including indigenous people, were killed there.

“We are living as if under a military dictatorship,” Archbishop Paloschi said. “Leaders and entire peoples are being criminalized.”

Since Brazilian President Michel Temer took office Aug. 31, he has surrounded himself with ministers with strong links to the cattle ranchers and soy farmers, who oppose steps taken by previous governments to implement demarcation of indigenous lands. Archbishop Paloschi said that, despite CIMI’s efforts, only 50 percent of the lands involved have received the legal titles. He said even land given legally to indigenous peoples is often invaded by loggers and mining companies.

The Temer government put in place a Congressional Investigative Commission that has pushed for reduced environmental and indigenous protections and has proposed constitutional amendments that would weaken the state National Indian Foundation, known by its acronym, FUNAI. Another controversial bill proposes that responsibility for demarcation of indigenous lands should be transferred from FUNAI, the Ministry of Justice and the president to the Brazilian Congress, whose majority is linked to the group of landowners and cattle ranchers opposed to indigenous land rights. The proposal would oblige all land demarcations approved in the past to be ratified by Congress.

Archbishop Paloschi said the rhetoric of the commission, which accused the U.N. of promoting the agenda of international activist groups, seems to have fanned the flames of latent racism of many nonindigenous Brazilians. Violent standoffs between ranchers and indigenous groups attempting to claim lands have increased. In May, 13 Gamela indigenous occupying land had to be hospitalized after they were attacked by ranchers armed with machetes in Maranhao state. One of the victims had his hands cut off and legs severed at the knee.

“They are the poorest of the poor, yet they are despised, and they endure constant prejudices and racism,” Archbishop Paloschi said of the indigenous peoples. “Without their land, they are nothing.”

CIMI, whose 250 missionaries work with such indigenous groups throughout Brazil, has been accused of encouraging land occupations and stirring up trouble, a charge Archbishop Paloschi denies.

“CIMI’s role is to accompany the indigenous peoples, encourage them to take control of their own destiny and forge their own path forward. We cannot do this for them,” he said.

The archbishop said he is saddened by the church’s historical collusion with the Portuguese colonizers, who tried to put the indigenous peoples under guardianship and created dependency.

But he said he sees signs of hope.

“There is an ongoing process of dialogue and some visible changes in the value given to indigenous languages and culture. But the further we go, the longer the road becomes,” he said.

He said he is encouraged by Pope Francis, whose papacy and commitment to the peoples of the Americas he describes as a blessing.

Archbishop Paloschi confirmed that the pope has confided in Brazilian Cardinal Claudio Hummes that he is considering a synod on the Amazon, home to the ancestral lands of the vast majority of Brazil’s indigenous peoples. The pope is currently reflecting and praying for discernment on the organization of such a synod, the archbishop said.

PREVIOUS: After quake, some Philippine communities need to be relocated

NEXT: Cardinal Schonborn: Church doing best to strengthen families of all types