‘We are bridge builders’: Maronite Catholic youth gather in Lebanon 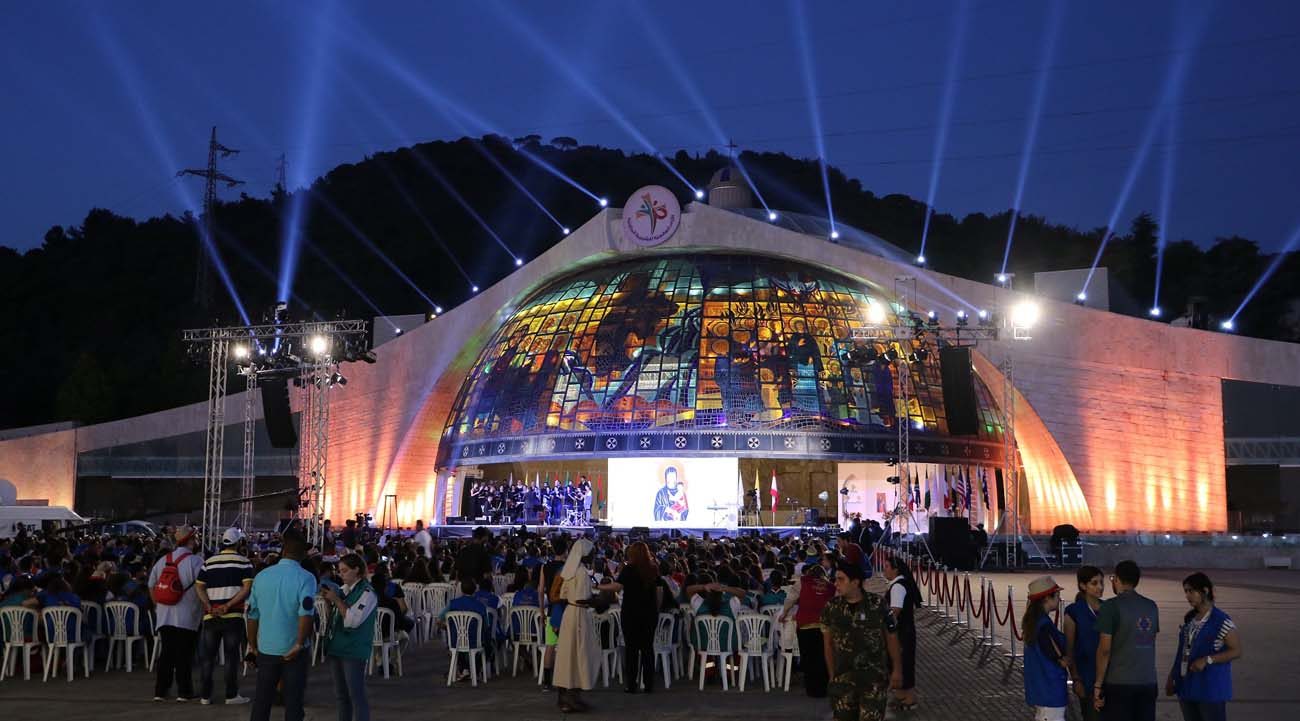 BEIRUT (CNS) — They came from around the world, from Australia, South America, Europe and the United States. Some came from Africa, and some from nearby countries in the Middle East.

They clapped and ululated, creating a celebratory atmosphere as nearly 500 young people from other countries joined 1,000 Maronite Catholic youths from Lebanon for World Maronite Youth Days.

Some participants came with a durbakke, a popular Lebanese hand drum, to accent the mood with a rhythmic beat. When a troupe of folk dancers performed the traditional dabke dance, many youths rushed from their seats to form snakes on the perimeter of the seating area, hands joined for the step-and-stomp line dance. Even nuns joined in.

“Meeting people that are my age that are passionate about their Maronite faith, that’s been a really moving thing for me,” he told Catholic News Service.

Although “America is a little bit more diverse … being a ‘melting pot’ that it is, life is built more around religion here (in Lebanon),” Kahwajy said.

Archbishop Gabriele Caccia, the Vatican nuncio to Lebanon, welcomed the people “with great love” and told them “Pope Francis is among you and encourages you all.” Each participant received the Gospel of Luke in booklet form, a gift from the pope, and the nuncio urged them “to be a living Gospel.”

Each morning began with Mass, prayers, catechesis and discussion groups. The youth also visited holy sites of Lebanon, including the tomb of St. Charbel, and they trekked through the forest of the famous Cedars of God (Horsh Arz el-Rab), cited 103 times in the Bible.

“Despite differences of culture and language, we are bridge builders,” said Father Toufic Bou Hadir, coordinator of the youth pastoral ministry for the Maronite Patriarchate. He told the young people: “In the face of terrorism, violence and conflicts, let’s say: ‘We are strong and courageous.'”

“It changed me a lot, this experience, sharing with a lot of young people, (who are) different, but with the same belief,” 18-year-old Ismael Azar of Buenos Aires, Argentina, told CNS. Even during times of fun, Azar noted, “it’s a spiritual moment too, because the climate of the event is very spiritual.”

“What I’m bringing back to Argentina,” Azar said, “is a lot of (new) friends that treat us like a family,” and a mission “to bring Jesus to the others.”

Sandy Agob, 23, said she and 13 others from the area around Aleppo, Syria, were “trying to stay happy, and that’s why we are here to celebrate with the Maronites, although there are bombs and problems in Syria.”

Agob said she appreciated the fellowship aspect of the event.

“We should stay strong even if all the situation is against us. We need to stay together, all the Christians in the world,” she said.

NEXT: Upcoming referendum will only worsen crisis, Venezuelan bishops say