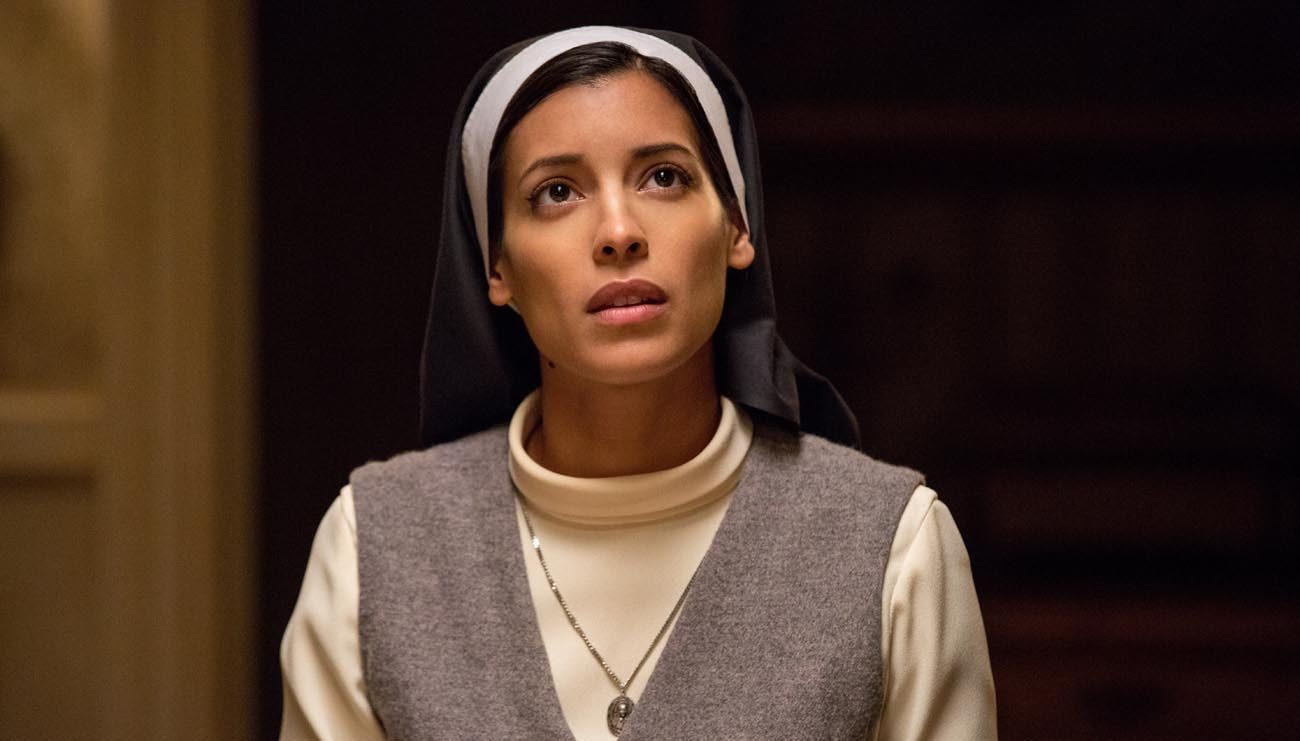 NEW YORK (CNS) — Most of the mayhem wreaked by the figurine-haunting demon at the center of the horror prequel “Annabelle: Creation” (Warner Bros.) is restrained. Yet, as the film progresses, director David F. Sandberg and his collaborators allow their imagery to become briefly but disturbingly graphic.

Accordingly, only those grown moviegoers willing to brave flashes of intense gore should say hello to this particular dolly.

This also is not a good fit for those insistent on strict logic or those who expect the characters on screen to behave rationally. As for Catholic viewers, they will likely be both annoyed and distracted by the wildly inaccurate, albeit incidental, portrayal of their faith incorporated into the proceedings.

In 1950s California, a group of female orphans shepherded by kindly nun Sister Charlotte (Stephanie Sigman) have somehow — by circumstances not specified in returning screenwriter Gary Dauberman’s script — been displaced from their former dwelling. They’ve been offered refuge, of a sort, at the rambling, spooky home of dollmaker Samuel Mullins (Anthony LaPaglia) and his invalid wife, Esther (Miranda Otto).

The Mullins are still overcome by grief following the death of their young daughter, Bee (Samara Lee), in a tragic car accident a dozen years before. So their hospitality is extended in an effort to brighten the tone of their funereal household. The outcome, of course, is quite the opposite.

No sooner has polio-afflicted Janice (Talitha Bateman) been warned by her brooding host to steer clear of Bee’s perpetually locked bedroom than she somehow finds herself inside that very chamber, mucking about and stirring up trouble.

Discovering a hidden key to the closet in which the toy of the title has until now been confined, Janice unleashes her, much in the manner of Pandora opening her ill-fated box. Cue a reign of terror for nosy Janice, her BFF, Linda (Lulu Wilson), and the rest.

Darwin has clearly had no place in these girls’ education. No matter how hair-raising the terrors to which Annabelle and her guiding fiend subject them, they always move toward danger, never away from it. Even allowing for youthful curiosity, this stubborn refusal to learn from experience becomes a tiresome trait.

Even more taxing, however, is a scene in which Sister Charlotte hears Janice’s confession of her disastrous trespass, not in the context of a confidential conversation but in what is clearly meant to be a formal sacramental encounter. Thus Janice kicks things off by requesting, “Bless me, Sister, for I have sinned,” and Sister Charlotte wraps things up by imposing a penance, though no absolution intervenes.

The fact that only bishops and priests can administer the sacrament of reconciliation is hardly a bit of inside-baseball religious arcana. And the mistake is all the more glaring in a movie that clearly wants to position itself, in some vague way at least, as faith-friendly. Equally out of place in that proposed context is the counter-scriptural concept that infernal beings can somehow “steal” human souls.

There are some old-fashioned shivers awaiting the restricted audience for which this follow-up to the 2014 original — itself a spinoff of “The Conjuring” franchise — can be labeled appropriate. But lapses in reason, believability and even the most rudimentary knowledge of Catholicism may inspire more frowns than frissons.

NEXT: Be ready to slog through metaphysical hooey of ‘The Dark Tower’