Catholics on Guam pray for peace amid threats by North Korea 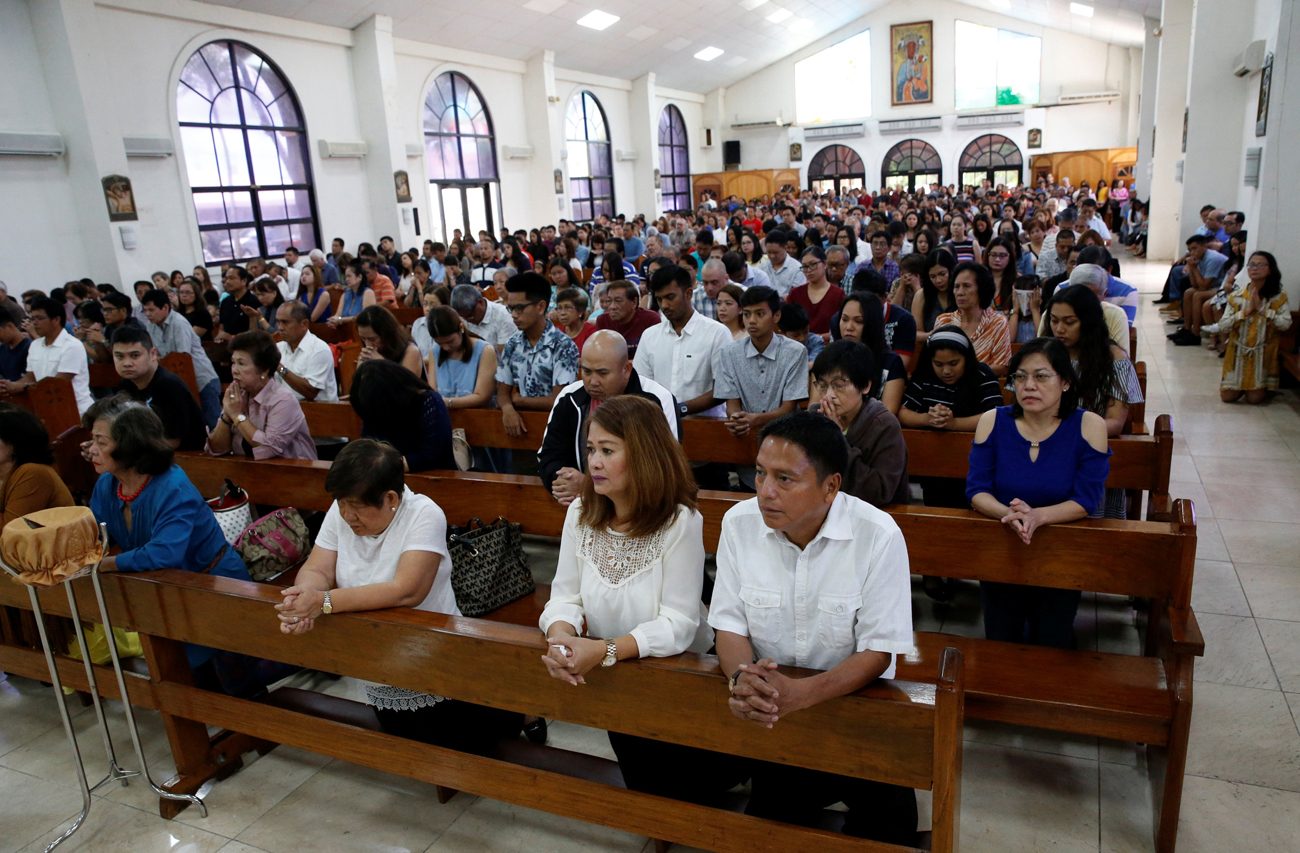 HAGATNA, Guam (CNS) — The Catholic Church on Guam is urging its members and all people on the island to be prayerful and stay centered in Christ amid threats of missile attacks by North Korea.

Coadjutor Archbishop Michael J. Byrnes of Agana asked all priests to promote prayers of peace at all Masses Aug. 13 as tensions continue, following threats by North Korea dictator Kim Jong Un to attack this American territory in the Marianas Islands.

“In your Masses this Sunday, especially in the prayer of the faithful, please offer prayers for peace between our nations, just resolution of differences, and prudence in both speech and action,” Archbishop Byrnes said in a message to all priests of the Archdiocese of Agana Aug. 11.

“Please also offer prayers for the men and women of our military, especially those whom we host on Guam, that they might find grace for diligence and courage as they execute their respective duties,” he said.

Guam has long had a high strategic military importance to the United States because of its location in the Marianas Islands and has been home to several U.S. military bases for many decades. B-52 bombers were regularly deployed from Andersen Air Force Base in Guam during the Vietnam War in the 1960s and ’70s.

Residents of this predominantly Catholic island community first woke up to the alarming news of North Korea threats to Guam Aug. 9. The archdiocese issued a message to all Catholics and the community in general that same day urging everyone to “stay grounded in the peace of Christ.” 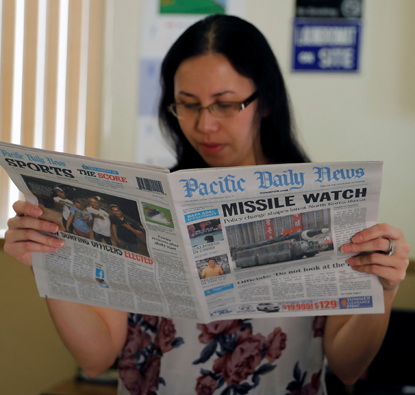 “Look to God during these difficult times when world peace is threatened and pray always,” the archdiocese said.

That message by Father Jeff San Nicolas, the coadjutor archbishop’s delegate general, cited the Gospel of John: “Peace I leave with you; my peace I give to you. Not as the world gives do I give it to you. Do not let your hearts be troubled or afraid.”

The archdiocese also echoed the message of Guam Gov. Eddie Calvo asking everyone to remain calm and trust that the security of the island is in good hands with local and national defense forces in place to address such threats.

In his Aug. 11 message, Archbishop Byrnes said, “Ever since being appointed the Coadjutor Archbishop of Agana, I have been both struck and encouraged by Isaiah 33:2-6. … It speaks to our current situation very well:

“O Lord, be gracious to us; we wait for you. Be our arm every morning, our salvation in the time of trouble. At the tumultuous noise peoples flee; when you lift yourself up, nations are scattered, and your spoil is gathered as the caterpillar gathers; as locusts leap, it is leapt upon. The Lord is exalted, for he dwells on high; he will fill Zion with justice and righteousness, and he will be the stability of your times, abundance of salvation, wisdom, and knowledge; the fear of the Lord is Zion’s treasure.”

“We have strong encouragement from the Lord Jesus, to trust that our Father is the source of our salvation both spiritually and practically,” the archbishop continued. “Jesus is still on the throne, and we can be confident that He will work out his will in every situation,” the archbishop also told the priests.”

He added, “We do not ‘put our trust in princes, in mortal man in whom there is no help’ (Psalm 146:3). The Lord himself is the source of our stability in any time.”

The archdiocese also encouraged people to join an Aug. 13 rosary rally and pray for peace during a celebration of the 100th year anniversary of Our Lady of Fatima in the capital of Hagatna.

The rally was organized by Catholic laypeople as part of a worldwide call for praying the rosary in the public square.

The Guam Homeland Security/Office of Civil Defense planned to make a presentation on emergency preparedness related to the North Korea threat for clergy, Catholic school administrators and chancery staff Aug. 17.

The presentation had been scheduled even before the threat by North Korea but the archdiocese asked that it be held sooner because of current developments.

NEXT: Conference offers a journey of hope to divorced Catholics