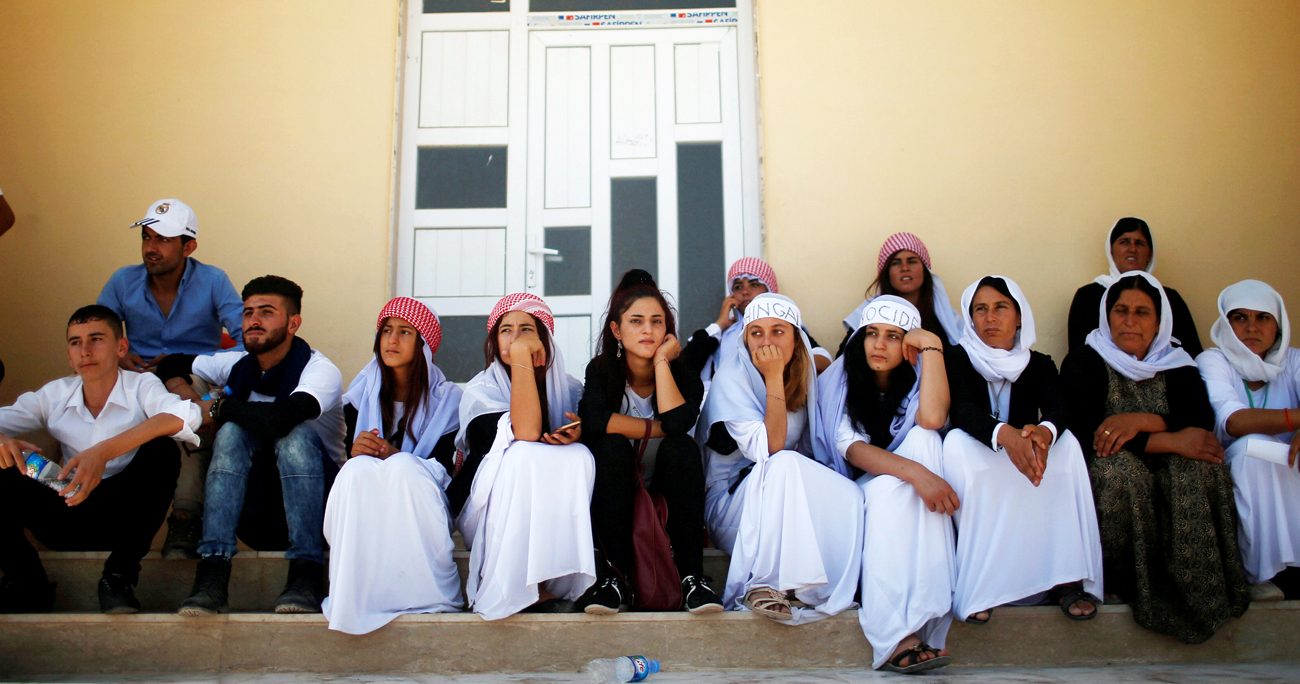 Yezidis in Sinjar, Iraq, attend a commemoration Aug. 3 to mark three years since the Islamic State launched what the United Nations called a genocidal campaign against them. The Trump administration has renewed its commitment to protecting religious minority groups threatened by IS in the Middle East, says a new State Department report on international religious freedom released Aug. 15. (CNS photo/Suhaib Salem, Reuters)

WASHINGTON (CNS) — The Trump administration renews its commitment to the protection of religious minority groups threatened by the Islamic State in the Middle East, according to Secretary of State Rex Tillerson in the preface of the annual State Department report on international religious freedom, released Aug. 15.

“ISIS is clearly responsible for genocide against Yezidis, Christians and Shia Muslims in areas it controlled,” Tillerson said in a statement Aug. 15. “ISIS is also responsible for crimes against humanity and ethnic cleansing directed at these same groups, and in some cases against Sunni Muslims, Kurds and other minorities.”

Since the 1998 International Religious Freedom Act, the State Department documents the state of religious freedom in nearly 200 countries around the world, reporting to Congress the “violations and abuses committed by governments, terrorist groups, and individuals.”

Ambassador Michael Kozak of the State Department’s Bureau of Democracy, Human Rights and Labor, which produces the report, spoke about it in a news conference Aug. 15, saying the report is used to create a fact base for U.S. government decision-making.

Kozak reported that while conditions for many do remain critical, there are signs of hope for the future.

“ISIS is being defeated,” Kozak said. “Since the defeat of ISIS in great chunks of Iraq, it means that religious minorities can return to their liberated towns and villages and the next challenge is to see that they have security and that their homes are rebuilt.”

Over the past 15 years, the number of Christians has fallen from between 1.4 million and 800,000 Christians to 250,000 Christians in Iraq today, with two-thirds being members of the Chaldean Catholic Church and nearly one-fifth members of the Assyrian Church of the East, according to the report. In Syria, less than 10 percent of the entire population is Christian.

“There is a growing consensus on the need to act, the genocidal acts of ISIS awakened the international community to the threats facing religious minorities,” Kozak said.

One way the U.S. responds to the threats of IS, as the Islamic State also is known, is through the Global Coalition, which was founded in 2014 as a group of 68 members, formed specifically for the purpose of reducing the number of threats from IS through military and other campaigns against the militant group, as well as providing humanitarian assistance to both Iraq and Syria.

“In the areas liberated from ISIS, the preferred option is to return people to their traditional villages and areas because we don’t want to uproot communities that have been there for thousands of years and take them elsewhere, if we can help them with the security and other means that they need to be able to resume traditional role as the valued members of their own societies,” Kozak said.

Kozak told the press that the U.S. has a “good record” in fighting against genocide, stating that the U.S. is in the process of “defeating the perpetrators of genocide pretty soundly” in Iraq and elsewhere, as he discussed the legal and moral obligations of countries working to combat genocide.

Former Secretary of State John Kerry first used the word genocide to describe the IS attacks in Iraq and Syria against minority religious groups such as the Christians, Yezidis and the Shiite Muslims back in March 2016.

In his weekly video address in April, President Donald Trump reminded America of the country’s commitment to religious freedom.

“From the beginning, America has been a place that has cherished the freedom of worship,” Trump said April 14. “Sadly, many around the globe do not enjoy this freedom. … We pray for the strength and wisdom to achieve a better tomorrow -– one where good people of all faiths, Christians and Muslims and Jewish and Hindu, can follow their hearts and worship according to their conscience.”

In April, the U.S. Commission on International Religious Freedom released its own report covering the 2016 calendar year and up to February 2017. Separate from the State Department’s Office of International Religious Freedom, the commission offers similar recommendations to the administration and to Congress on the state of religious freedom worldwide. 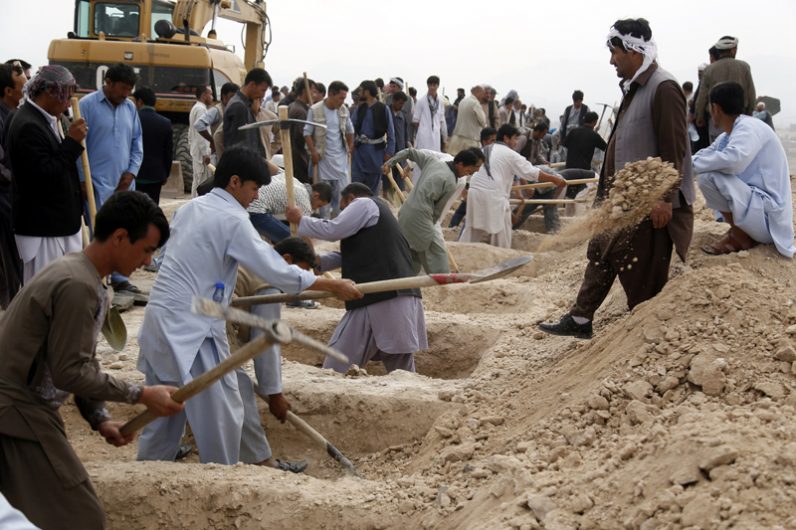 PREVIOUS: Conference offers a journey of hope to divorced Catholics