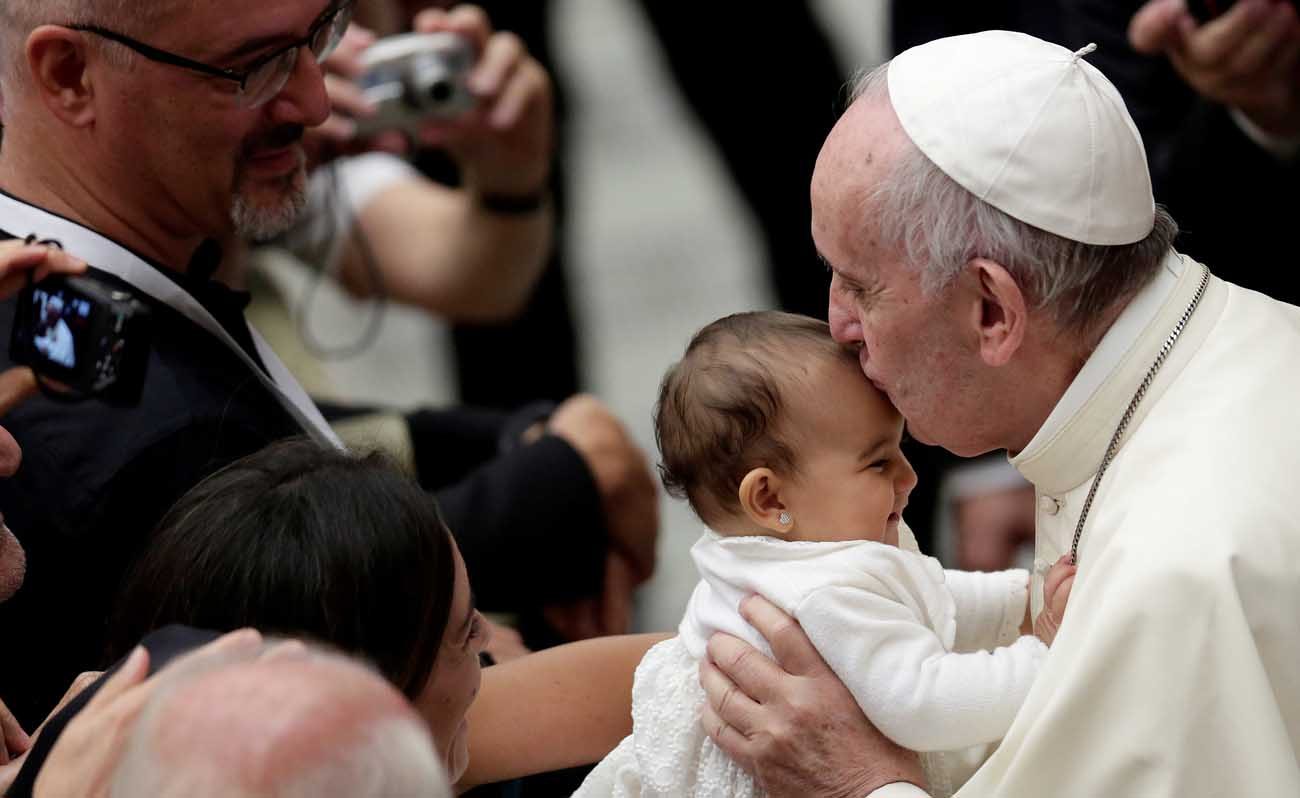 Meeting with participants in the annual meeting of the International Catholic Legislators Network Aug. 27, the pope said that church teaching can contribute to a more humane and just society, but only if the church is allowed a voice in answering “the great questions of society in our time.”

“The laws that you enact and apply ought to build bridges of dialogue between different political perspectives, also when responding to precise aims in order to promote greater care for the defenseless and the marginalized, especially toward the many who are forced to leave their countries, as well as to promote a correct human and natural ecology,” the pope said according to Vatican Radio.

Founded in 2010 by Austrian Cardinal Christoph Schonborn of Vienna and British parliamentarian Sir David Alton, the Catholic Legislators Network meets annually “to discuss the promotion of Christian principles in the political arena,” according to the organization’s website.

“Every year, the network brings together about 120 people, including top-level politicians from a wide range of countries spanning all continents, to discuss urgent policy issues in different regions of the globe,” the website said.

In an Aug. 26 interview with Vatican Radio, Cardinal Schonborn said that although Catholic politicians “are a minority,” they raise important arguments and values, and “intend to serve as Catholics.”

Cardinal Schonborn told Vatican Radio that among the issues discussed during the four-day meeting was the persecution of Christians, which “unfortunately has become a phenomenon on a global scale.”

Both Pope Francis and retired Pope Benedict XVI, he added, have supported the organization and “have always encouraged us.”

“These Catholic parliamentarians find great encouragement from the church’s approval of their commitment, because many times they feel quite alone in their parliaments and find themselves in difficult situations. Thus, they feel encouraged by these annual meetings both in personal faith and political action,” Cardinal Schonborn said.

Among the participants was U.S. Rep. Alex Mooney, R-West Virginia, who told Vatican Radio he was encouraged to “see faithful Catholics from every country promoting the values of the church.”

“We have an opportunity to meet here with other Catholic legislators and elected officials from other parts of the world and to discuss common concerns, problems and opportunities for our faith, and how to work together and support each other,” he said.

Before concluding his speech, Pope Francis prayed that in the midst of people’s sufferings, Catholic legislators would “look to Christ” so that they may be “led ever more toward the truth and goodness.”

The pope also urged the lawmakers to make sure their actions always reflect the teaching of Jesus that “no one is insignificant, that no one should be discarded at any stage of life.”

NEXT: Pope: God wants people to dream big, not listen to cynics