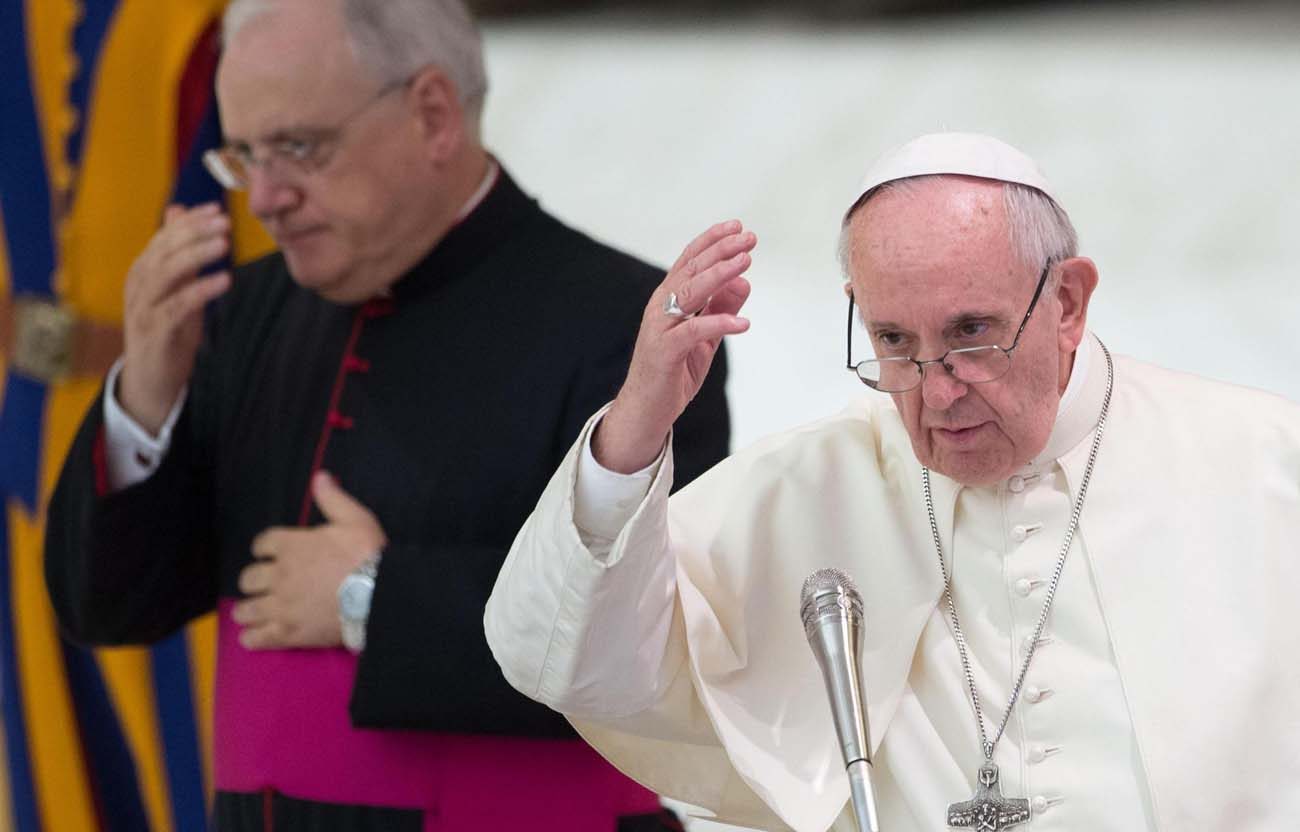 VATICAN CITY (CNS) — The Catholic Church must continue to work to understand the liturgical reforms of the Second Vatican Council and why they were made, rather than rethinking them, Pope Francis said.

“After this magisterium, after this long journey, we can affirm with certainty and magisterial authority that the liturgical reform is irreversible,” Pope Francis told participants in Italy’s National Liturgical Week.

The pope’s speech to the 800 participants Aug. 24 was the longest and most systematic talk he has given as pope on the theme of the liturgy since Vatican II.

Instead of reconsidering the council’s reforms, he said, priests and liturgists should work on “rediscovering the decisions made” in reforming the liturgy, “internalizing its inspirational principles and observing the discipline that governs it.”

The National Liturgical Week is sponsored by the Liturgical Action Center, which organizes liturgical training as well as national, regional and diocesan conventions to “disseminate and promote liturgical pastoral guidelines proposed by the Italian bishops’ conference,” according to its website.

After congratulating the organization on its 70th anniversary, Pope Francis said the church has lived through “substantial and not superficial” events throughout its history, including with the Second Vatican Council and the subsequent liturgical reform.

Citing the Second Vatican Council’s Constitution on the Sacred Liturgy, “Sacrosanctum Concilium,” the pope said the reform responded to “real needs and the concrete hope for a renewal,” which would offer a living liturgy where the faithful were no longer “strangers or silent spectators.”

For this reason, he added, the church must continue to rediscover the reasons for the reform and “overcome unfounded and superficial readings, partial revelations, and practices that disfigure it.”

Reflecting on the week’s theme — “A living liturgy for a living church” — Pope Francis said the liturgy is “alive” through the living presence of Jesus. Liturgical signs, including the altar, direct the gaze of the priest and the faithful to “Christ, the living stone, who was discarded by men but has become the cornerstone of the spiritual edifice in which we worship.”

“The liturgy is life for the entire people of the church,” he said. “By its nature, the liturgy is ‘popular’ and not clerical, because it is — as the etymology teaches us — an action for the people, but also of the people.”

The liturgy, he continued, unites church members through prayer, and it “gathers in prayer all those who seek to listen to the Gospel without discarding anyone; it summons the great and small, rich and poor, children and elderly people, healthy and sick, just ones and sinners.”

“In the image of the ‘immense multitude’ celebrating the liturgy in the sanctuary of heaven,” Pope Francis said, “the liturgical assembly overcomes through Christ every boundary of age, race, language and nation.”

The liturgy is “not an idea to understand,” but rather a “source of life and light for our journey of faith,” he said. Therefore, the rites and prayers become “a school of Christian life” for the faithful “by what they are and not by the explanations we give them.”

“This is still the commitment I ask of you today: to help ordained ministers as well as other ministers — cantors, artists, musicians — cooperate so that the liturgy may be the source and culmination of the vitality of the church,” the pope said.

NEXT: Imprisonment without hope for the future is torture, pope says