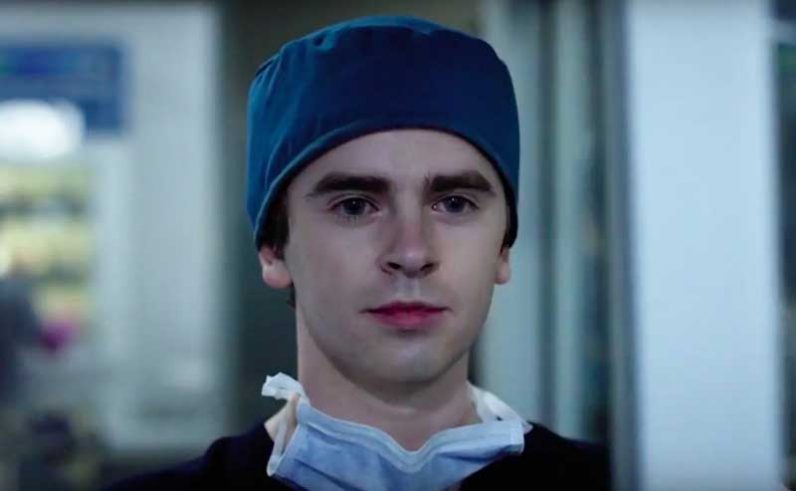 NEW YORK (CNS) — While fresh faces are featured in two quirky concept shows of the new fall TV season — “Inhumans” and “The Good Doctor” — the established and acclaimed actress Edie Falco puts a new spin on the venerable courtroom drama with “Law and Order True Crime: The Menendez Murders.”

Based on the popular Marvel comic book, “Inhumans” debuts on ABC with a special two-hour episode Friday, Sept. 29, 8-10 p.m. EDT, before settling into its regular time slot, Fridays 9-10 p.m. EDT.

In this fantasy, Black Bolt (Anson Mount), the king of the Inhumans, refuses to go war with the humans on earth, which provokes his brother Maximus (Iwan Rheon) to stage a military coup, exiling Black Bolt, Queen Medusa (Serinda Swan), and their advisers, Gorgon (Eme Ikwuakor) and Karnak (Ken Leung), to Oahu, Hawaii.

The program should be escapist fun. But the dreadfully earnest approach of the actors siphons the joy out of the series. Its targeted audience appears to be pre-adolescents and teens, yet the show’s violence isn’t suitable for youngsters.

A scene in which policemen assault Black Bolt with clubs, moreover, is in dubious taste, given the ongoing controversy over such beatings in real life. Despite some sexually suggestive material and occasionally vulgar language “Inhumans” is acceptable for most grown-ups. Whether the show will engage an adult audience, though, is another question.

The hospital’s board and senior physicians are reluctant to accept someone with Murphy’s communication struggles. But when Murphy’s preternaturally intuitive gifts enable him to rescue a seriously injured child at the San Jose Airport, news of Murphy’s heroics goes viral on YouTube. The hospital’s administration hires Murphy after all, though on a probationary basis.

Schiff is memorable as Murphy’s impassioned advocate. But it’s Highmore, in a performance which is neither precious nor over the top, who will particularly endear himself to the audience. The inherently pro-life theme of the series, moreover, will resonate with Catholic viewers and others committed to the dignity of the disabled.

Having distinguished herself in HBO’s “The Sopranos” and Showtime’s “Nurse Jackie,” the remarkable Edie Falco returns to series TV, this time on NBC. She plays real-life defense attorney Leslie Abramson in the eight-part miniseries “Law and Order True Crime: The Menendez Murders.” The show debuts Tuesday, Sept. 26, 10-11 p.m. EDT.

As many viewers will recall, Abramson controversially defended Lyle (Miles Gaston Villanueva) and Erik (Gus Halper) Menendez, the Beverly Hills brothers who were convicted in 1996 for the 1989 murders of their parents, Jose (Carlos Gomez) and Kitty (Lolita Davidovich).

The gruesome slayings at the center of the story immediately indicate this is adult fare. Other aspects of the program involving more violence, sexuality and language mean that even many grown-ups may not find this a good choice. Yet, while these problematic elements sometimes veer toward the lurid, they never really cross the line. And they are integral to the subject matter.

“The Menendez Murders” is something of a departure for the venerable franchise. More than the cops and prosecutors, the show focuses on the defendants, their family, friends and associates — as well as on Abramson.

Her work-first attitude causes friction with her husband, Tim Rutten (Chris Bauer). Yet Falco’s Abramson also demonstrates authentic compassion for her clients and the steely determination to defend them zealously. Hearty adult viewers willing to look past the seamy ingredients of this dramatization will appreciate the strength of Falco’s shaded performance.

NEXT: Movie review: A Question of Faith