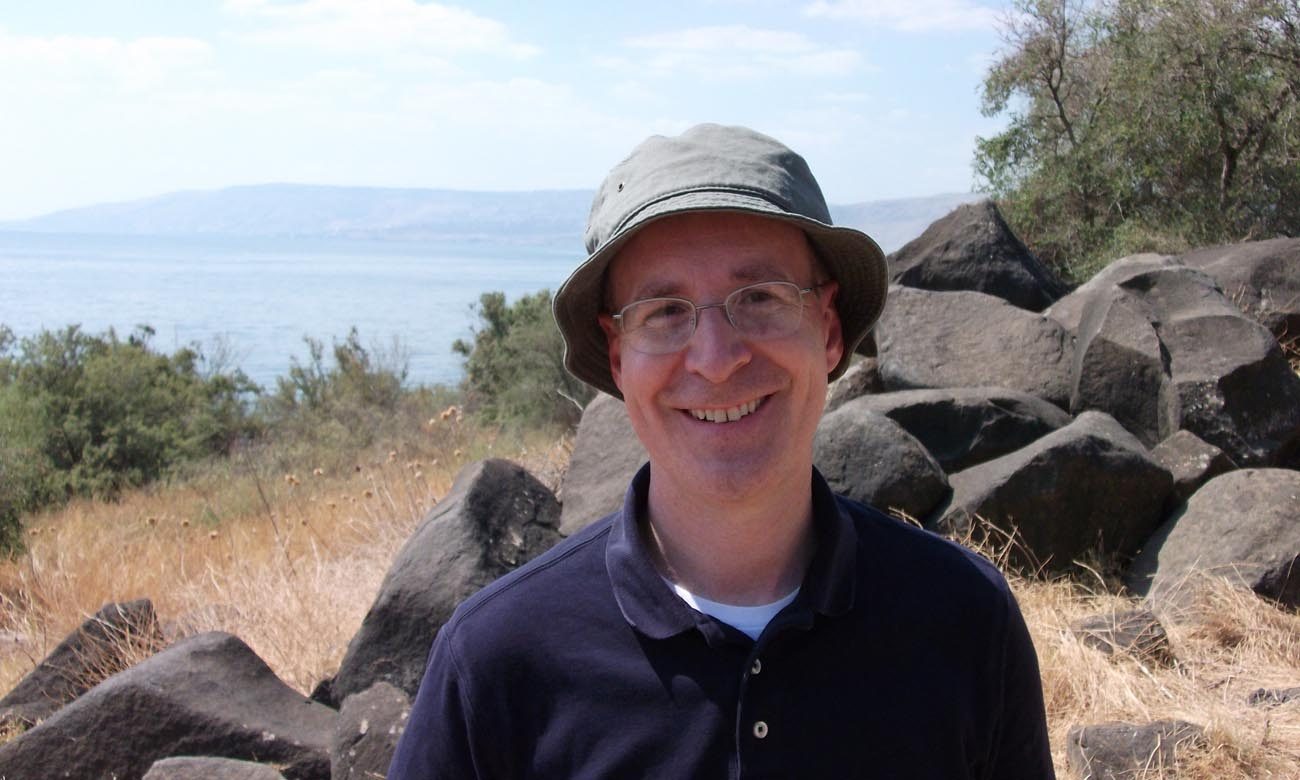 Jesuit Father James Martin is pictured in 2011 by the "Bay of Parables" at the Sea of Galilee. (CNS photo/courtesy Father Martin)

WASHINGTON (CNS) — A U.S. bishop vigorously defended Jesuit Father James Martin when a prominent U.S. seminary canceled an invitation it had extended to the well-known author, who was to speak about Jesus at an October event, after fringe groups unhappy with the priest’s recent book about the church and the gay community mounted a series of attacks.

Theological College, a national seminary at The Catholic University of America in Washington, said the cancellation, first made public Sept. 15, came after it “experienced increasing negative feedback from various social media sites regarding the seminary’s invitation” to Father Martin. It did not name the groups associated with the attacks.

“This campaign of distortion must be challenged and exposed for what it is — not primarily for Father Martin’s sake but because this cancer of vilification is seeping into the institutional life of the church,” said San Diego Bishop Robert W. McElroy in a vigorous defense published by America magazine Sept. 18.

“The concerted attack on Father Martin’s work has been driven by three impulses: homophobia, a distortion of fundamental Catholic moral theology, and a veiled attack on Pope Francis and his campaign against judgmentalism in the church,” wrote Bishop McElroy.

The cancellation of the speech was not the first, Father Martin noted, even though that speech and others he was to give were about Jesus and not the book.

In a Sept. 15 Facebook post, the priest wrote about the incident and said the attacks included “a storm of phone calls, emails and messages to Theological College, which included, I was told, people screaming at the receptionists who answered the phone. In the end, they felt that the expected protests and negative publicity would distract from Alumni Day.”

Father Martin was to speak at an Oct. 4 symposium celebrating the 100th anniversary of the seminary’s founding.

“The organizers were all apologetic and in some cases more upset than I was. I know that they were under extreme pressure, and in some cases were overwhelmed by the rage that can be generated by social media: ill will based on misrepresentations, innuendos, homophobia and especially fear. Perfect love drives out fear, as 1 John says. But perfect fear also drives out love,” Father Martin wrote.

“Building a Bridge: How the Catholic Church and the LGBT Community Can Enter into a Relationship of Respect, Compassion and Sensitivity,” the book that has driven the controversy, grabbed the No. 1 spot on Amazon’s Roman Catholicism category Sept. 18.

It has been endorsed by Bishop McElroy, U.S. Cardinal Kevin J. Farrell, prefect of the Vatican’s Dicastery for Laity, Family and Life, and Cardinal Joseph W. Tobin of Newark, New Jersey, and has a long list of endorsements from other notable Catholics. However, it also was recently criticized by Guinean Cardinal Robert Sarah in an opinion piece in The Wall Street Journal.

Jesuit Father Matt Malone, editor of America magazine, where Father Martin is editor at large, defended the priest and the book, which has been approved by the Jesuits as being in line with church teaching, in a Sept. 16 statement.

“Some elements in the American church,” Father Malone said, “have taken it upon themselves to organize a campaign, not only against the contents of the book, but against Father Martin himself. In recent weeks, Father Martin has been subjected to repeated, calumnious attacks in social media and in print, involving invective that is as appalling as it is toxic. It is one thing to engage in spirited debate. It is another thing to seek to stymie such debate through fear, misinformation, or blunt censorship.”

Though Theological College, with the cancellation of the invitation made more than a year ago, was seeking to avoid controversy, it invited more attention. The news of the cancellation ended up appearing in the pages of major U.S. newspapers such as The New York Times and The Washington Post over the weekend of Sept. 16 and 17.

John Garvey, Catholic university’s president, issued a statement saying the institution regretted any implication that the university supported the decision by the seminary, adding that “universities and their related entities should be places of free, civil exchange of ideas. Our culture is increasingly hostile to this idea.”

Garvey said it was “problematic” that groups within the Catholic Church demonstrate an “inability to make distinctions and to exercise charity.”

In his Facebook post, Father Martin, a consultor to the Vatican’s Secretariat for Communications, said the only thing he asked of the organizations that canceled his talks is that they be honest about the reasons for the cancellations.

Thousands on social media, including high profile Catholics, voiced support for the Jesuit.

After the Theological College invitation was rescinded, Holy Trinity Church, in Washington’s Georgetown neighborhood, asked Father Martin if he could instead visit their Jesuit parish around the same time.

“So I look forward to seeing you all in Washington,” he said.

Whether by coincidence or on purpose, on Sept. 18 hackers briefly took down the international Catholic daily LaCroix International after it ran the commentary “Catholic Cyber-Militias and the New Censorship” about the incident.

NEXT: Archbishop calls for peace after verdict, asks community to come together