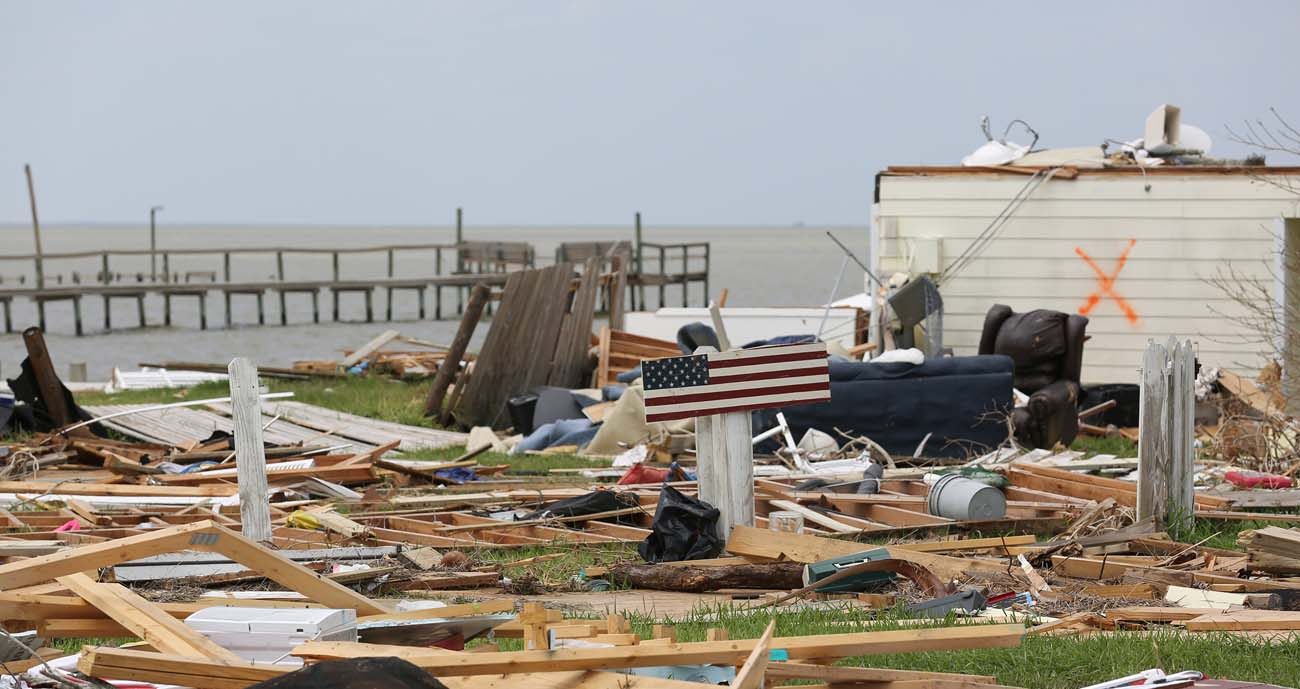 Rockport, where Hurricane Harvey first made landfall and harsh winds tore apart homes and businesses, is still regrouping more than one month after the storm.

The group visited SS. Cyril and Methodius in Rockport, which suffered significant damage from Hurricane Harvey, but students were able to return to school there Aug. 30.

Sacred Heart, also in Rockport, remains closed and is not expected to open this semester.

The parish website says the school “suffered a great deal of water damage to several classrooms, library and the cafeteria.”

“We will open again,” Father Ray Yrlas, Sacred Heart’s pastor, said of the school. “But as to when — I can’t say right now. We are still in the demolition phase.”

Burnford said he wanted to offer any support that he could, mentioning the NCEA campaign for Catholic schools affected by hurricanes Harvey and Irma called: “Student to Student: A Catholic School Response for Hurricane Relief 2017.”

“We asked every kid in Catholic Schools to give a dollar. The money would go to NCEA, then would be distributed to dioceses most affected by the hurricane,” Burnford told the South Texas Catholic, newspaper of the Corpus Christi Diocese.

Campaign materials urged schools to find creative ways to raise funds and to aim to collect at least $1 from every U.S. Catholic school family.

Funds will be used to help affected Catholic schools to rebuild, reopen and re-enroll students.

Burnford said the Catholic schools have raised $91,000 so far. NCEA is asking schools to continue contributing to the campaign and from there NCEA officials will work with the superintendents and bishops to discuss how the funds can be distributed.

He said a Catholic school in Alaska with only 75 students raised $930 for Texas from a taco meal.

Burnford said the generosity from these schools is also a catechetical opportunity.

“I think there is something about church and community that brings people together in a time of need,” he said.

Cottingham is associate editor of the South Texas Catholic, newspaper of the Diocese of Corpus Christi.