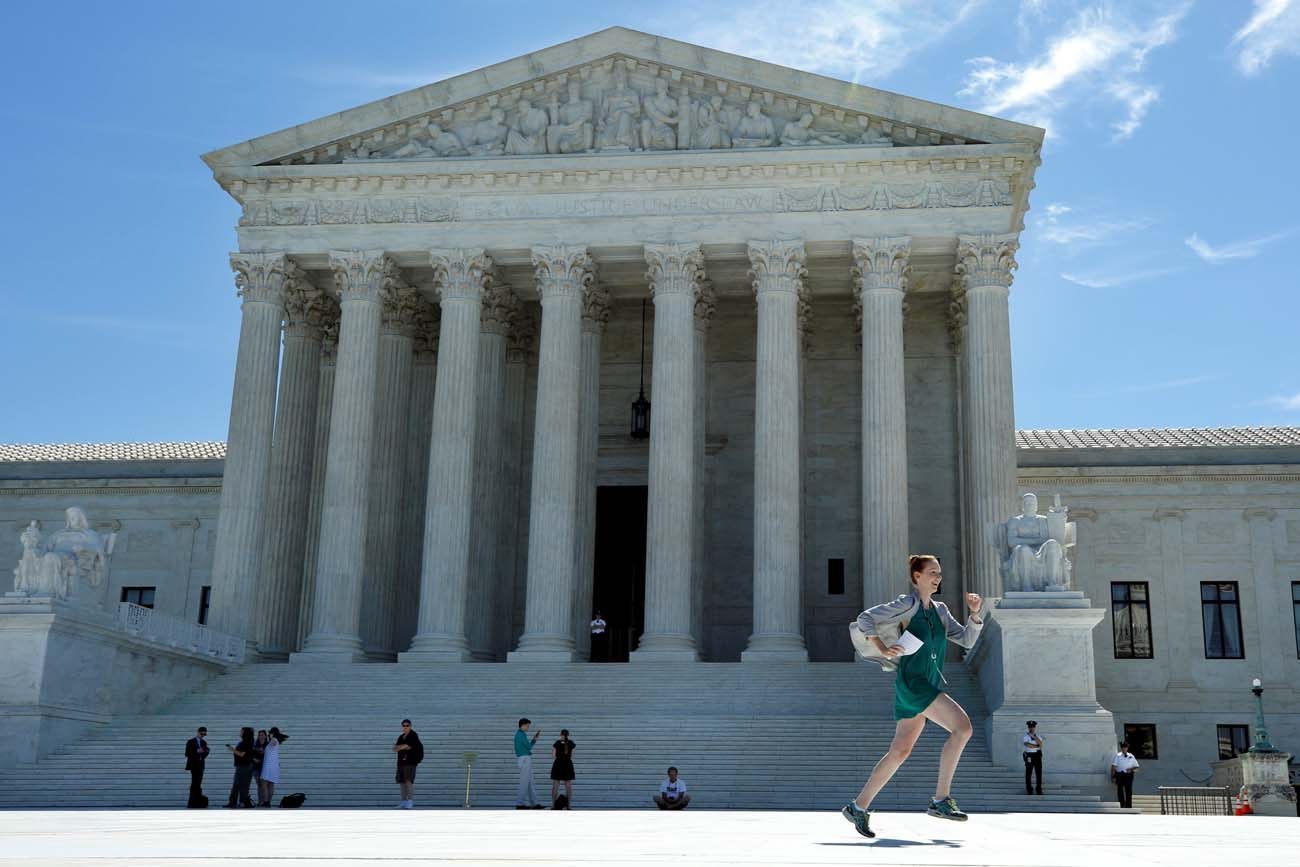 UPDATED – WASHINGTON (CNS) — The U.S. Supreme Court Sept. 12 temporarily blocked part of a lower court ruling that would have allowed certain refugees into the country even though they had been banned by a presidential executive order.

The Trump administration had asked the Supreme Court to overturn part of the ruling by a three-judge panel of the 9th U.S. Circuit Court of Appeals that said grandparents, grandchildren, cousins and other close relatives of people in the United States should not be prevented from entering the country.

The government sought the immediate intervention of the Supreme Court, saying that action was needed to stop lower courts from unraveling the travel provisions that were approved earlier by the top court.

The court’s Sept. 12 ruling, issued without comment, stopped the refugee exemption that would have taken that day under the 9th Circuit’s ruling issued five days earlier. A three-judge panel of the San Francisco-based court unanimously ruled that the administration’s revised travel ban affecting people from six primarily Muslim-majority countries was too strict.

The government argued in an application for a stay that the 9th Circuit ruling “severely undermined” the Supreme Court’s earlier ruling on refugees entering the country.

In June, the Supreme Court said in a provisional ruling the ban can be enforced pending arguments scheduled before the court in October. The justices also said the ban should not apply to visitors who have a “bona fide relationship” with organizations or people including those with close family ties or a job offer.

Since June, there has been a debate about what constitutes “close ties.” The government has maintained that such relations include family members and in-laws, but not grandparents, cousins, aunts and uncles.

The 9th Circuit’s ruling came in a case filed in Hawaii as a challenge to the administration’s revised 90-day travel ban affecting people from Iran, Libya, Somalia, Sudan, Syria and Yemen.

In the case, a federal district judge overruled the government’s stance and expanded the definition of people with a bona fide relationship to include other relatives or categories. The judge also determined that refugees from the six countries who already had been accepted for resettlement by a sponsoring agency should be able to enter the U.S.