Colombia youths must teach elders to forgive, to move on, pope says 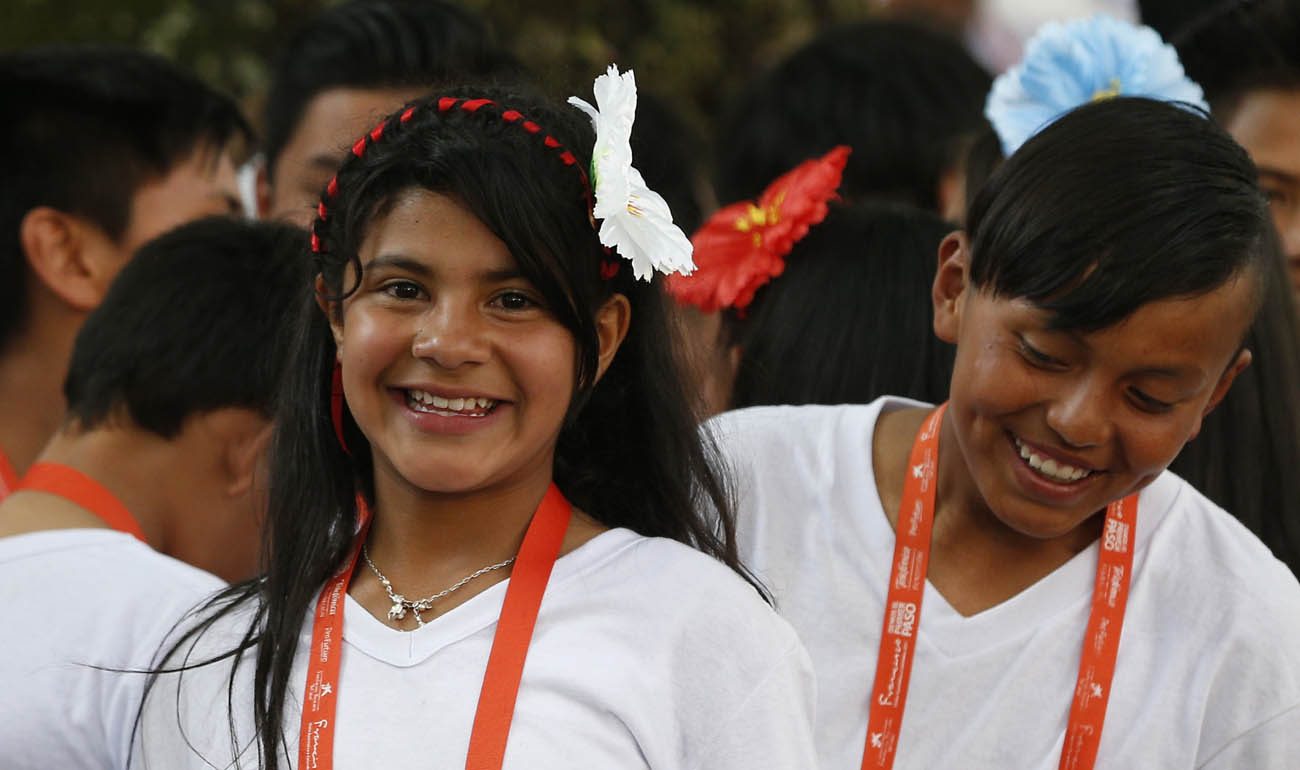 BOGOTA, Colombia (CNS) — As Colombia strives to build a lasting peace, the country’s elders need the encouragement and insistence of young people, who believe with all their hearts that forgiveness is possible and grudges don’t have to last for decades, Pope Francis said.

The pope turned what was originally described as the “blessing of the faithful” Sept. 7 into a rallying cry to an estimated 22,000 young Colombians gathered in Plaza Bolivar outside the cathedral and cardinal’s residence.

“Dream big,” he told them. “Help us, your elders, not grow accustomed to pain and death.”

Pope Francis not only described the youths as the “hope of Colombia and of the church,” but he said that when they walk the path of empathy, understanding, encounter, forgiveness and hope, people can see in them the actions of Jesus, “the messenger of peace, the one who brings us good news.”

“Do not let anyone rob you of your joy,” the pope told the youths, who were singing, dancing and waving flags and homemade, oversized foam gloves.

“Keep joy alive,” he told them. “It is a sign of a young heart, of a heart that has encountered the Lord.”

Fueled by joy, he said, young people can spread hope and confidence in a new future for Colombia, one that finally and definitively turns the corner after more than 50 years of civil war, death and destruction.

“Do not be afraid of the future,” the pope said. “Dare to dream big.”

Young people almost naturally are sensitive to the suffering of others, he said. That’s why so many volunteer organizations all over the world rely on the young to carry out their work. It is possible, he added, that “death, pain and division have impacted you so deeply that they have left you half-dazed, as if numb,” but he pleaded with them to open their hearts to the suffering of others and mobilize to respond.

Living in a country at war, experiences of poverty or of broken homes, seeing peers give in to drug addiction — all those things make young people see that “not everything is black and white,” the pope said. Some people react by falling into relativism, thinking that nothing is clearly right or wrong — but “wrong is always wrong and cannot just be smoothed over,” he said.

Another reaction, a better reaction, Pope Francis said, is that of “perceiving the pain of those who suffered,” not only judging actions, but understanding the individuals involved and the “endless number of causes, of mitigating factors.”

That understanding, the pope said, must be extended to the youths’ parents and grandparents, who “could not or did not know how” to come to an understanding and to end the civil war sooner.

Young people are experts at not getting “entangled in old stories” and grudges, he said. “You help us in the desire to leave behind what has hurt us, to look to the future without the burden of hatred.”

“Precisely for this reason you are facing the enormous challenge of helping us to heal our hearts; of passing on to us the youthful hope which is always ready to give others a second chance,” Pope Francis said.

He ended with a plea and prayer for all the nation’s people: “Do not let difficulties weigh you down; may violence not break you; may evil not overwhelm you.”

NEXT: Pope urges bishops to contribute to peace as pastors, not politicians