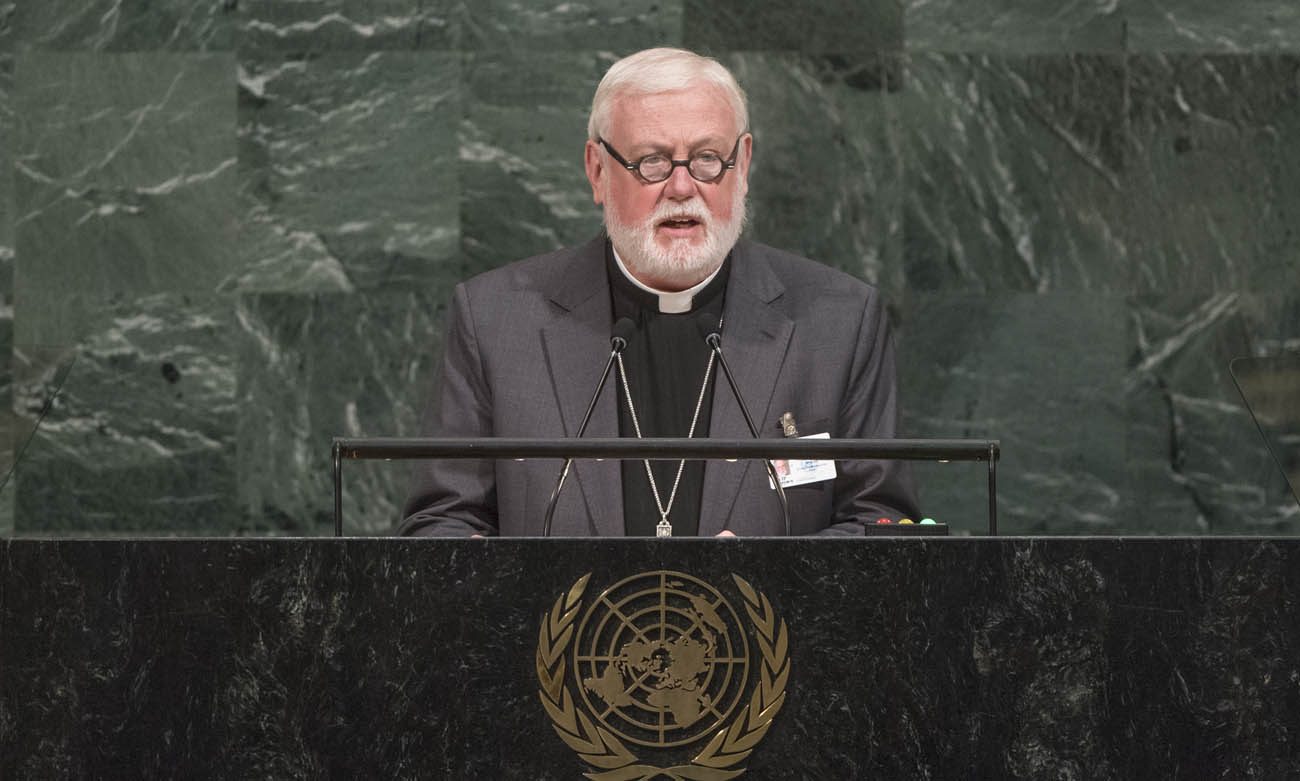 VATICAN CITY (CNS) — The “revolting reality” of recent wars shows just how urgent it is that the international community act to protect religious minorities in situations of conflict, a top Vatican official told the U.N. General Assembly.

Although every recognized faith group experiences some form of oppression globally, Christians remain the most persecuted, the archbishop said, citing findings from a number of extensively researched reports. The studies have shown that anti-Semitic attacks have also increased, most notably in Europe, while Muslims continue to face persecution from fundamentalists, he added.

“Thirty-eight of the world’s 196 countries showed unmistakable evidence of significant religious freedom violations, with 23 amounting to outright persecution,” said Archbishop Gallagher. “When we survey the world situation, we see that persecution of religious minorities is not a phenomenon isolated to one region.”

Archbishop Gallagher listed some strategies that are essential for stopping the persecution of religious minorities. They included:

— Blocking the flow of money and weapons to those who intend to target and harm religious minorities. “Stopping atrocities not only involves addressing the hatred and cancers of the heart that spawn violence, but also removing the instruments by which that hatred actually carries out that violence,” he said.

— Dialogue between religious followers to overcome the assumption that interreligious conflicts are unavoidable. “There is an urgent need for effective interreligious dialogue as an antidote to fundamentalism,” he said. That dialogue must aim “to overcome the cynical assumption that conflicts among religious believers are inevitable, and to challenge the narrow-minded interpretation of religious texts that demonize and dehumanize those of different beliefs,” Archbishop Gallagher said.

— Confronting and condemning the abuse of religion to justify terrorism and the killing of innocent people in the name of God. “Social, political and economic issues that demagogues can exploit to incite violence must also be tackled,” he said.

PREVIOUS: Mexicans respond to quake with generosity, concern about politicians