Bleak ‘Suburbicon’ is unfunny, elitist send up of ordinary life 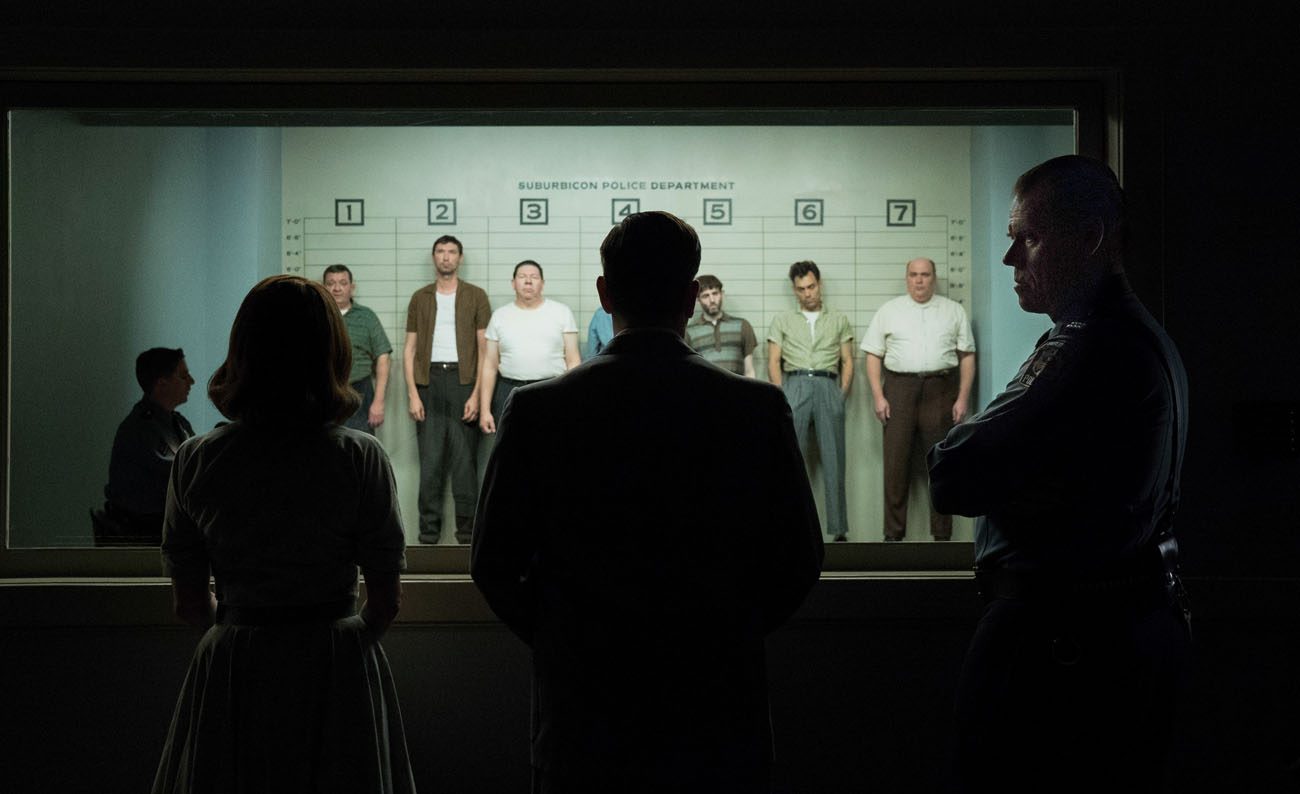 NEW YORK (CNS) — Corruption lurking under the placid surface of life in the suburbs is hardly a new theme.

But the image of universal middle-class depravity presented in the failed black comedy “Suburbicon” (Paramount) is so lurid as to render the movie fundamentally unbelievable. While the filmmakers’ artistic intent is clear, moreover, this nihilistic outlook may make the picture offensive to many viewers of faith.

Set in the Levittown-like housing development of the title during the early 1950s, the grotesque story is partially told from the point of view of preteen Nicky Lodge (Noah Jupe). Placing a child at the center of such a tale proves the first of many questionable artistic and ethical choices involved in this project.

Early on, Nicky is awakened in the middle of the night by his father, Gardner (Matt Damon), and discovers that his family — including his wheelchair-bound mom, Rose (Julianne Moore), and Rose’s twin sister, Margaret (also Moore) — are the victims of a home invasion.

The duo of brutish intruders (Glenn Fleshler and Alex Hassell) who, for reasons unknown, have taken the clan captive then proceed to tie them up and administer chloroform to each — deliberately, and fatally, overdosing Rose.

In the wake of this unexplained tragedy, Gardner invites Margaret to move in with him and Nicky, ostensibly to provide Nicky with a female presence in his life. As soon becomes apparent, however, Gardner’s real motives in setting up this arrangement are far less respectable.

Nicky remains confused by what he discovers about Dad and Margaret’s behavior, including his interruption of them in the middle of perverse sex. But their actions strike the police officer (Jack Conley) and insurance investigator (Oscar Isaac) assigned to the case as unmistakably suspicious.

Awkwardly intertwined with the main plot is a cautionary tale about intolerance that sees the community’s first black couple, the Meyers (Karimah Westbrook and Leith M. Burke), and their young son, Andy (Tony Espinosa), besieged by angry white mobs intent on driving them out of the neighborhood.

Along with Nicky’s Uncle Mitch (Gary Basaraba), steadfast, dignified Mrs. Meyers is the only significant adult character who seems to possess any moral values whatsoever.

Director George Clooney — who co-wrote the script with brothers Joel and Ethan Coen and Grant Heslov — paints a perversely dark picture of human nature from which, in the case of Gardner at least, even the most basic positive instincts are absent. His film also displays an elitist disdain for the lives of ordinary people.

In these respects, “Suburbicon” can be contrasted with the Coens’ equally ebony-hued but softer-edged 1996 sendup “Fargo.” While both movies concern bumbling and easily unraveled criminality, the protagonist of the earlier film was more desperate than evil. And his downfall was brought about by an easy-to-laugh-at, yet in many ways admirable adversary.

As bleak as wintry “Fargo” may have been, the spiritual landscape of “Suburbicon” is an unrelieved — and therefore unrealistic — stretch of utter desolation, with two innocent children dangerously lost in its midst.

NEXT: Growing in prayer: Two books show the way