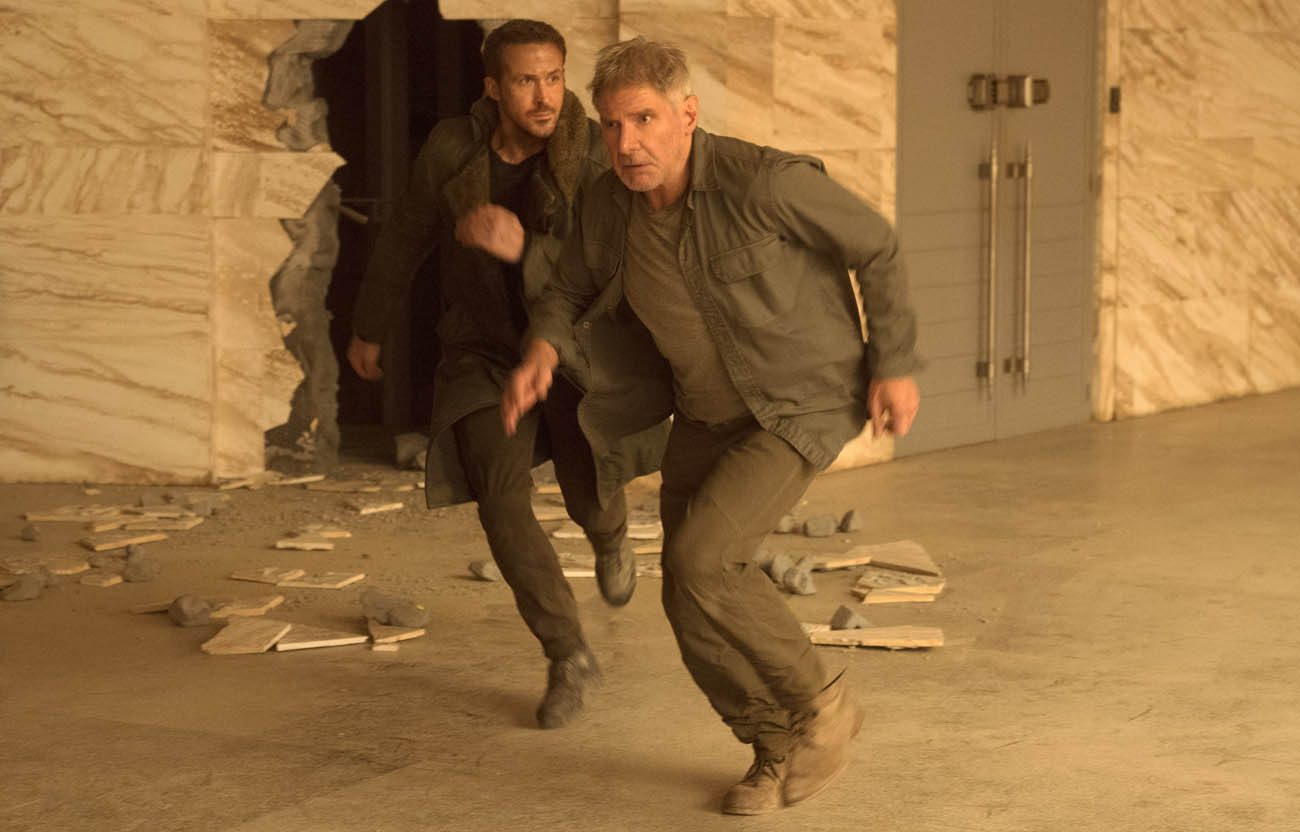 Ryan Gosling and Harrison Ford star in a scene from the movie “Blade Runner 2049.” (CNS/Warner Bros.)

While that’s hardly unusual for science-fiction epics with a substantially male core audience, director Denis Villeneuve, working from a script by Hampton Fancer and Michael Green, has made a two-and-a-half-hour film that, in its solemn eagerness to have the audience relish every special effect and linger over every underlined point about artificial life developing authentic human emotions, feels more like four hours.

There’s also an abundance of female nudity and a complicated sexual encounter that may have you thinking about the risk of electrocution.

This is not a remake of Ridley Scott’s 1982 epic, based on a Philip K. Dick novel, about synthetic humans called replicants interacting with, and often threatening, human civilization. It’s the second chapter, set a few decades hence, after an entire breed of replicants revolted in the manner of a slave rebellion.

K (Ryan Gosling), a world-weary police officer, has the job, in his flying car, of locating scattered rebellious androids, putting them out of commission, and retrieving their eyeballs, on which are engraved serial numbers. He’s bossed around by his grumpy chief, Lt. Joshi (Robin Wright).

The core plot is a film noir-type murder mystery. Someone killed and buried a female replicant, and when her “bones” are examined, it turns out she had given birth. If these artificial life forms can procreate on their own, they also can control their destinies.

The question of who in the film is a replicant and who is not makes up the rest of the plot. It’s not a question that’s answered, since the intention is to build a sci-fi franchise, and that’s not really the point of the goings-on, anyway.

Along the way, Villeneuve explores the question of whether his holographic pal, Joi (Ana de Armas), whom K purchased as one does a computer app, is just a collection of artificial intelligence or a amorous gal capable of falling in love with a real live boy — in this case, K.

K eventually connects with Rick Deckard (Harrison Ford), the hero of the first film, who has surrounded himself with performing holograms of Elvis Presley and Frank Sinatra and is handy with his fists.

There’s a bit of a message here about mankind’s relationship to technology, what we expect out of it, and our ability to truly connect spiritually as humans.

But this existential argument doesn’t go very far, and in lieu of philosophy, some of the building-size street advertisements turn out to be seductive 3-D nude ladies. In this future, women exist pretty much only to be evil cardboard cutouts or just to be sexualized.

PREVIOUS: ‘My Little Pony: The Movie’ is as sweet as it comes