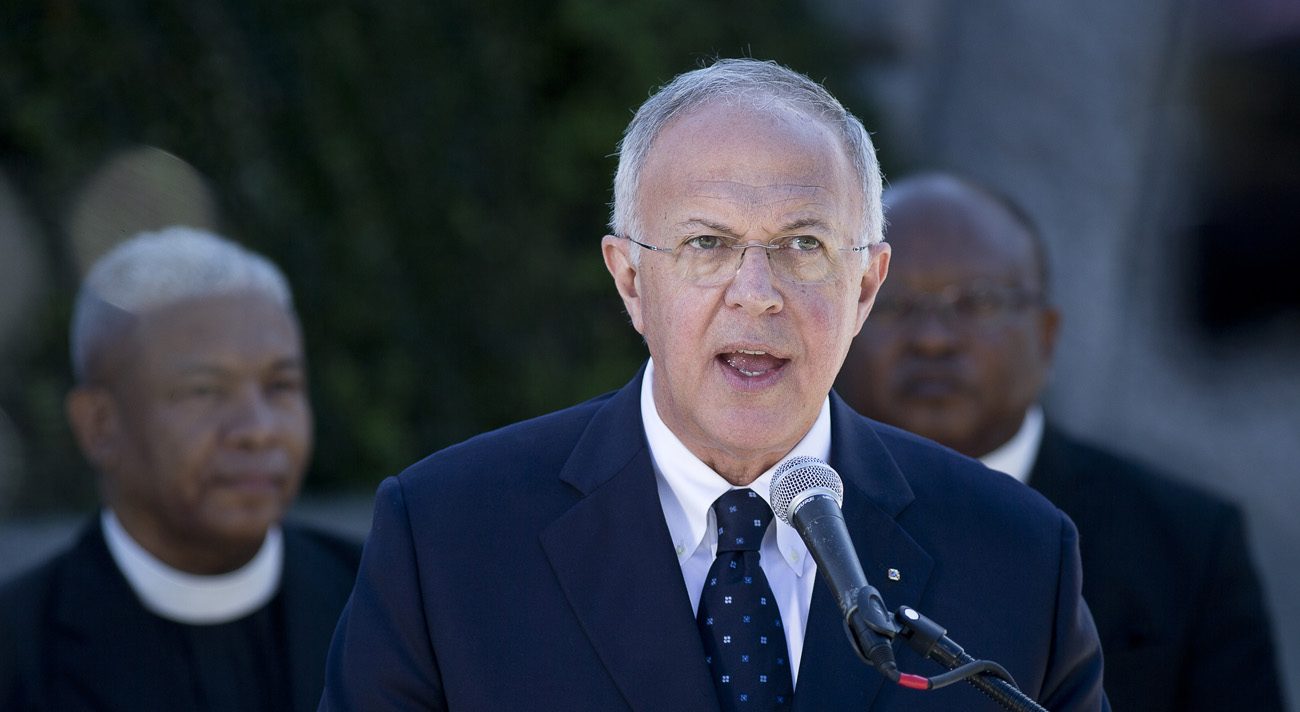 WASHINGTON (CNS) — Carl Anderson, CEO of the Knights of Columbus, praised the decision by the Trump administration to provide direct U.S. aid to persecuted Christians in the Middle East and route it through the U.S. Agency for International Development.

The aid will go to “faith-based and private organizations” to help those who are persecuted in the region, according to Vice President Mike Pence, who announced the move in a keynote address at the Oct. 25 Solidarity Dinner for the Washington-based group In Defense of Christians.

U.S. aid to the region had previously been given to the United Nations for distribution in the troubled region, but Pence criticized the U.N. efforts saying they had been ineffective in helping Christians who have suffered at the hands of Islamic State militants and other terrorist groups.

“A year ago, the United States used the right word to describe what was happening to Christians and other religious minorities in the Middle East. That word was genocide. Tonight, those words were put into action,” Anderson said in a statement.

He introduced Pence at the dinner, saying that now was the time to “rededicate ourselves to the defense of our brothers and sisters in faith — and to defending them in a Christian way with the ethics of love.”

“Despite the efforts of so many, the world witnesses again and again the crimes against humanity that we now describe as genocide,” Anderson told an audience that included elected officials, bishops, priests and prelates from the U.S. and throughout the Middle East.

Pence singled out the Knights of Columbus for “extraordinary work caring for the persecuted around the world.”

“While faith-based groups with proven track records and deep roots in these communities are more than willing to assist, the United Nations too often denies their funding requests,” Pence said. “My friends, those days are over.”

Since 2014, the Knights of Columbus Christian Refugee Relief Fund has donated more than $17 million for humanitarian assistance in Iraq, Syria and the surrounding region.

In August of this year, the Knights launched a drive to raise $2 million to rebuild Karamles, a predominantly Christian town in Iraq that was destroyed by IS. A spokesman for the Knights told CNS Oct. 27 that all the money has been raised and it is committed to the project as announced.

A timeline for rebuilding the town is still to be determined, but the Knights said the project “will result in hundreds of families from Christian and other minority communities to move back to the homes they were evicted from by IS in 2014.”

The Knights documentation of IS atrocities and its advocacy efforts were decisive in the 2016 decision by then-Secretary of State John Kerry to declare the treatment of Christians and other religious minorities in the region as genocide. Current Secretary of State Rex Tillerson reaffirmed that designation earlier this past July.