Catholics praise miniseries for even tone on historical drama 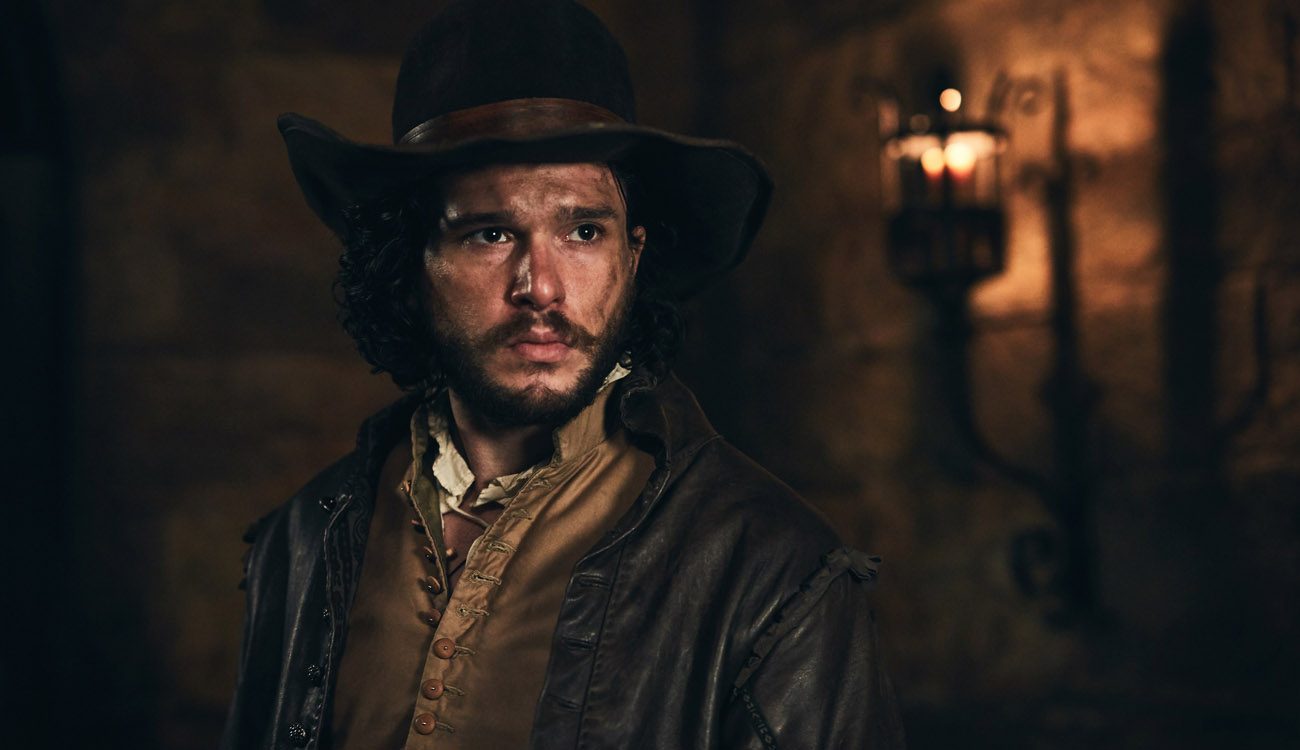 Kit Harington stars in a scene from the TV drama series "Gunpowder," which began airing Nov. 4. The three-part series recounted the notorious November 1605 Gunpowder Plot, when militant Catholics attempted to blow up King James I and his parliament. (CNS photo/BBC)

The three-part series recounted the notorious November 1605 Gunpowder Plot, when militant Catholics attempted to blow up King James I and his parliament.

However, it traced the conspiracy to the brutal persecution of England’s outlawed Catholic Church, making it something of a first for British television at the close of the Reformation anniversary year.

“It’s said history is written by the victors, but this drama really brought home the violence inflicted on Catholics — something that’s previously been airbrushed from historical accounts,” said Jesuit Father Timothy Byron, a historian. “Given that the BBC is sometimes accused of being anti-Catholic, this series, pitched at a large audience, could significantly affect public perceptions.”

“Gunpowder” centers on the plot’s mastermind, Robert Catesby, played by “Game of Thrones” star Kit Harington, and opens with a Catholic recusant swinging, rosary in hand, from a gibbet.

It then switches to a secret Mass in a candlelit mansion in Warwickshire; Mass is interrupted when a posse of Protestant priest-hunters arrive across the fields, forcing the concelebrating Jesuits to escape to their “priest-holes.”

For the rest of the drama, priests and lay Catholics seek to evade capture while upholding their faith, as the Gunpowder Plot takes shape against a dark background of tip-offs and coded letters, arrest, torture and intrigue.

Britain’s Catholic bishops have declined comment, given the subject’s sensitivity. But national newspapers, debating the historical detail, have concurred with the drama’s accuracy.

Britain’s Catholic weekly, The Tablet, praised the series for exposing what was done “to remove an entire group from society merely because of its religious beliefs,” while the established Anglican Church’s weekly, Church Times, has acknowledged its depiction of “despicable horrors” perpetrated against Catholics.

Joseph Shaw, an Oxford lecturer who heads the Latin Mass Society, thinks “Gunpowder” signifies a notable departure for British TV in seeking to “change perceptions” of a key historic event.

“It clearly undermines the established narrative and vandalizes the anti-Catholic national myth,” Shaw said in a Catholic News Service interview. “For those who don’t accept this myth, it comes as a welcome development.”

Aspects of that anti-Catholic myth have long been questioned by researchers seeking a more balanced view of England’s Reformation epoch.

Historians such as Eamon Duffy and Christopher Haigh have challenged the once-accepted view that a corrupt Catholic Church was rightly taken over and reformed by King Henry VIII. They have shown the calamitous consequences of the destruction of monasteries, libraries, artworks and popular devotions that followed.

Although Protestants also were persecuted briefly under Henry’s Catholic daughter, Mary I, they’ve also questioned whether the Protestant-led compromise, or “middle way,” established under Elizabeth I was really so judicious and enlightened.

Dismantling the “old religion,” some historians now argue, was motivated much more by top-down political expediency than by any popular demand for change.

At the time of the Gunpowder Plot, England was emerging as a global power, having routed a Spanish armada in 1588. But its Protestant regime feared a new invasion could be mounted with blessing from the pope, who’d declared Queen Elizabeth excommunicated and deposed in 1570.

Although James I had promised tolerance at his 1603 coronation, he’d been persuaded to renege, so Catholic practices remained illegal and priests were still hunted down as traitors, while hopes of Spanish help had been dashed by a 1604 peace treaty.

It would take more than two centuries for the Roman Catholic Relief Act 1829 to ease religious restrictions, and until the late 20th century for England’s Catholic martyrs to be publicly commemorated.

“The plot was devastating for Catholics, cementing into place what had been a major propaganda theme — that Catholics, above all Jesuits, couldn’t be trusted,” Duffy told the BBC.

“This was enshrined in a religious service of thanksgiving, which commemorated year on year the nation’s deliverance from the bloody, murderous, demonic religion of Catholicism. It was cemented into the English psyche.”

In a pamphlet reprinted in 2016, England’s Catholic Church adamantly denied any clergy were involved in the plot and insisted Catholics had all “vehemently condemned and repudiated the crime.”

But Father Byron said Catholic desperation should not be underestimated.

Many would have seen their loved ones imprisoned, banished or executed, he said. The realization that “burning injustices” would continue under the new King James had clearly driven some to extremes.

Jessie Childs, whose award-winning 2014 book, “God’s Traitors,” studied the fate of Catholic recusant families, said she was pleased the story’s full complexity is now being recognized, rather than “simplified into patriotic heroes and anti-national villains.” She said although some of the factual contents of “Gunpowder” might be questioned, the drama’s historical authenticity could enhance public knowledge and awareness.

NEXT: Filmmaker of ‘Novitiate’ had little Catholic grounding, and it shows