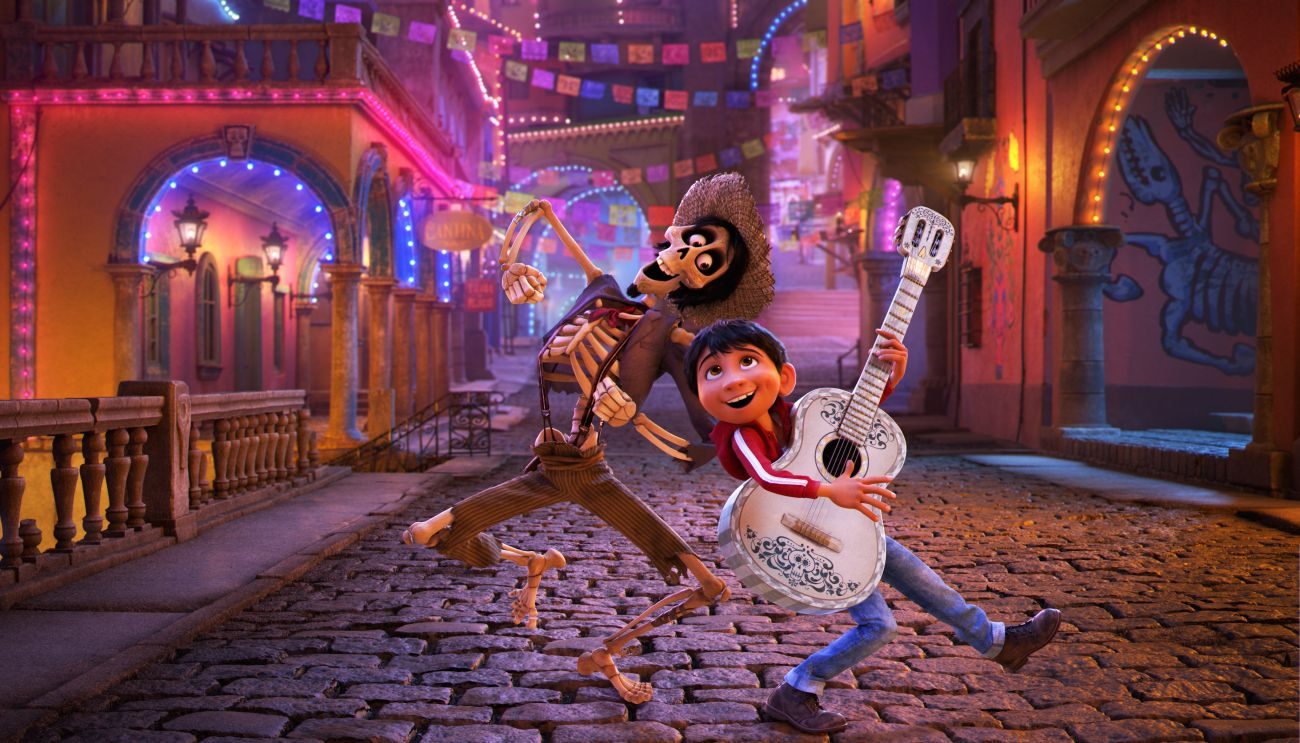 NEW YORK (CNS) — Will “Coco” (Disney) be your cup of tea? That largely depends on how well equipped you are to interpret this visually rich animated fantasy’s presentation of the afterlife, one which owes little to Christianity and much to the pre-Columbian beliefs associated with Mexico’s Day of the Dead.

Sadly, this means that the film cannot be recommended for the youthful audience at which it seems primarily aimed. Teens and grownups, however, can safely appreciate it.

Viewers travel to the other world in the company of Miguel (voice of Anthony Gonzalez), an endearing preteen from South of the Border. Miguel is on a quest to follow in the footsteps of his hometown’s most famous son, Ernesto de la Cruz (voice of Benjamin Bratt), by becoming a world-renowned musician.

His aspirations have so far been stymied by the fact that his family has a long-standing aversion to all things musical. This unusual distaste first arose when one of Miguel’s ancestors deserted his wife and child in favor of a career singing and playing the guitar — with devastating emotional consequences. The tiny daughter thus abandoned is now Mama Coco (voice of Ana Ofelia Murguia), Miguel’s much-loved great-grandmother.

Desperate to make his debut at a talent night being staged as part of the Day of the Dead festivities, but lacking a guitar, Miguel sneaks into de la Cruz’s mausoleum where his trademark instrument is kept. Clues have convinced Miguel that de la Cruz was, in fact, Coco’s long-lost dad, so he feels justified in borrowing the guitar.

While inside the tomb, Miguel is mysteriously transported to the Land of the Dead. There he eventually gains a guide in the person of Hector Rivera (voice of Gael Garcia Bernal) a good-hearted but slippery character who, like all his ilk, is a living skeleton.

Miguel and Hector strike a bargain: If Hector helps the boy find de la Cruz — Miguel needs the blessing of a relative in order to return to the normal world — Miguel will bring Hector’s photograph back with him and place it on the homemade altar (known as an “ofrenda”) where the departed are honored.

According to the movie’s mythos, that will enable Hector to visit the land of the living each year. It also will allow him to postpone the “second death,” the final disintegration that awaits each person once there is no one left alive who remembers that individual.

While free of any age-inappropriate content and strong on the importance of clan solidarity, co-director Adrian Molina’s script, penned with Matthew Aldrich, is stuffed full of such notions. Thus, despite its warm spirit and considerable aesthetic credentials, principal director Lee Unkrich’s movie is unsuitable for Miguel’s real-life contemporaries.

For those more firmly established by maturity and faith formation, on the other hand, “Coco” represents a good holiday-season option.

The film contains nonscriptural religious ideas. The Catholic News Service classification is A-II — adults and adolescents. The Motion Picture Association of America rating is PG — parental guidance suggested. Some material may not be suitable for children.

PREVIOUS: To experience one of the holiest Christian sites, head to Washington

NEXT: Sermon on the screen: Priest plays himself in ‘Lady Bird’