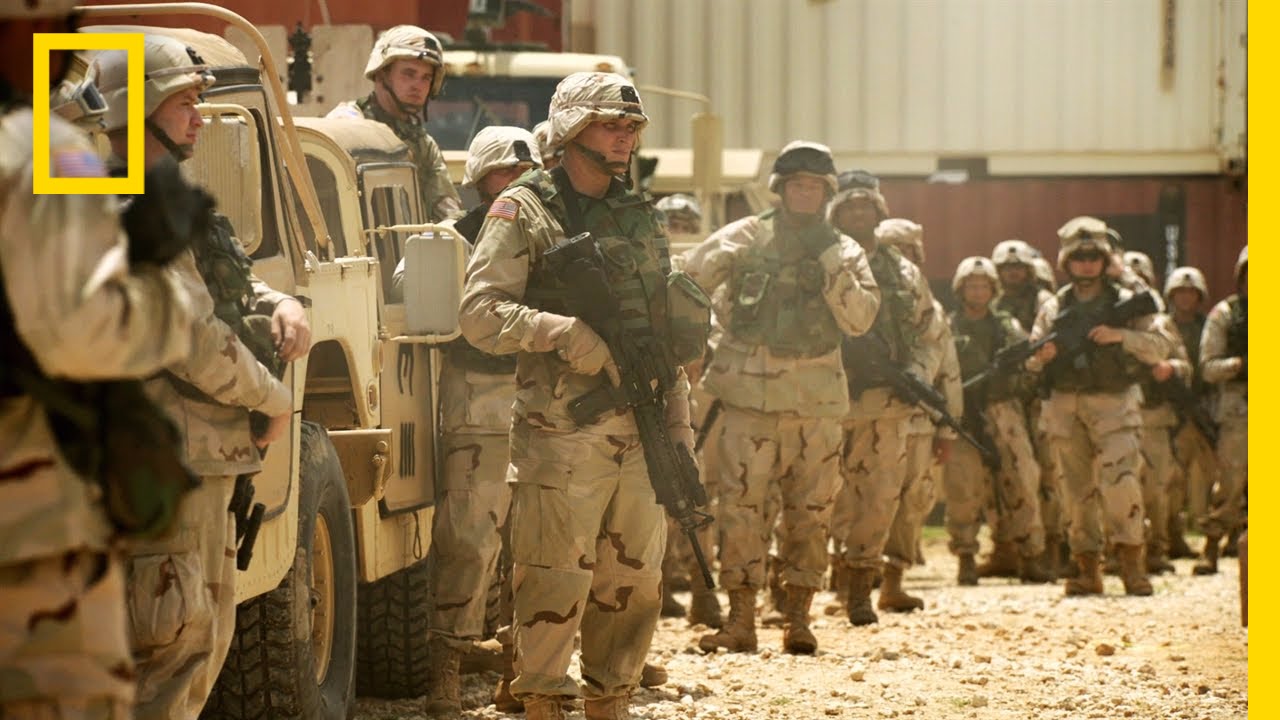 NEW YORK (CNS) — In 2004, soldiers from the Army’s First Calvary Division stationed at Fort Hood, Texas, were deployed on a “peacekeeping” mission to the Sadr City neighborhood of Baghdad.

This was more than a year after President George W. Bush had declared “Mission Accomplished” in the Iraq War, and Sadr City was reputed to be “the safest place” in that troubled nation.

Nonetheless, on April 4, the Mahdi militia, loyal to Shia cleric Muqtada al-Sadr, staged an ambush that resulted in the worst single day of combat casualties for the United States since the end of the Vietnam War: eight dead, 65 injured.

Arguably too narrow in its focus, the dramatization is otherwise gripping, powerful and moving. The filmmakers vividly recreate the brutality, horror, senselessness, unrelenting intensity and peculiar nature of contemporary warfare, where any passing pedestrian might be an armed enemy. Needless to say, “The Long Road Home” isn’t easy to watch.

Additionally, if unsurprisingly, soldiers employ vulgar language throughout the series. One smokes marijuana to relieve the pain of a wartime injury, while others cope with post-traumatic stress. There’s a casual sexual encounter and a gratuitous display of rear nudity.

The support one character expresses for a woman’s so-called right to choose an abortion, moreover, will disconcert Catholic viewers. Factoring these elements, “The Long Road Home” is suitable fare for most grownups, though prudence and discernment are required even for adults.

When AK-47 sniper fire pins the platoon down that fateful morning, they commandeer a local family’s home to fend off attacks from their rooftop as they await rescue. After several attempts to aid them are thwarted, the platoon’s long siege grows more harrowing and tense.

Among a strong cast, Jeremy Sisto (“Law and Order”) distinguishes himself as the haunted, enigmatic, and fatalistic Sgt. Robert Miltenberger.

Troubled by an unspeakable tragedy he witnessed while serving in Kosovo, the seasoned warrior feels a special kinship with World War I veteran and American writer Alan Seeger’s poem: “I Have a Rendezvous with Death.” But when all seems lost during the battle, Miltenberger receives help from an unlikely source, which restores his hope.

A member of Miltenberger’s outfit, Pfc. Tomas Young (Noel Fisher), also possesses a connection to the Seeger poem, which takes on even greater significance after he suffers a traumatic injury. In an especially memorable scene, Young speaks for many gulf veterans when he describes the attitudes of those who were supposed to support him after he returned from the war.

“Here are some pills,” he quotes them as saying, “good luck… No one cares about me,” he continues, “about any of us.”

“The Long Road Home” triumphs because it honors the disproportionate sacrifice of these mostly young men and their families, who make up less than 1 percent of the country’s population. And the series touchingly bears witness to the anxiety, anger, confusion and sometimes unimaginable losses they experienced.

The filmmakers, however, sidestep the government’s controversial decision to ban al-Sadr’s “Al Hawza” newspaper. As the Army could have anticipated, proscribing that publication triggered the uprising, and may have cost lives unnecessarily.

The series also doesn’t pass judgment on Battalion Commander Lt. Col. Gary Volesky (Michael Kelly), the policy’s principal cheerleader, for his hollow promise: “Every man is coming home safely.” Volesky grieves privately for his fallen men. But the program doesn’t hold him or his superiors accountable for what went wrong in the battle. In that sense, at least, “The Long Road Home” falls short.

NEXT: Books highlight papal advice on ministry, diaconate as ‘vocation of joy’